This article may contain spoilers for The Wolf Among Us.

Read+Watch+Listen is about other material you might want to check out if you’re just not ready to move on. We’ll suggest media that share something in common with a particular game and tell you why it might be of interest. Now that we’ve gotten that crazy ending sorted out, we’re keeping the tale going for The Wolf Among Us, which is out now for PlayStation 4, Xbox One, PlayStation 3, Xbox 360, PC, Mac, PlayStation Vita, and iOS.

‘The Bloody Chamber and Other Stories’ by Angela Carter

If you couldn’t get enough of: Twisted fairy tales. 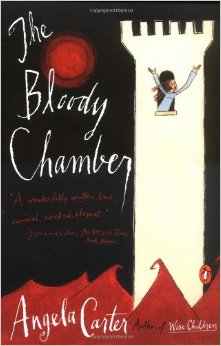 Above: You know, for kids.

Angela Carter was an English novelist who was best known for her revisionist and feminist-minded retellings of famous fairy tales. The Bloody Chamber, which came out in 1979, includes 10 such stories, including three versions of Little Red Riding Hood and two adaptations of Beauty and the Beast.

Far from being damsels in distress, Carter’s heroines take charge of their own fates. This usually means straight-up murdering a guy before he can turn her into a bird or something, but it also manifests as a refusal to give in to society’s anxieties and making up their own minds about whether to fear or embrace the scary-looking monster in front of them.

The stories in The Bloody Chamber are often strange and occasionally uncomfortable, but they are also all clever and often hilarious revisions of the stories we’ve heard all these years. People who like the original source material that inspired the Fables books will likely enjoy these weird, fascinating takes.

‘The Company of Wolves’ 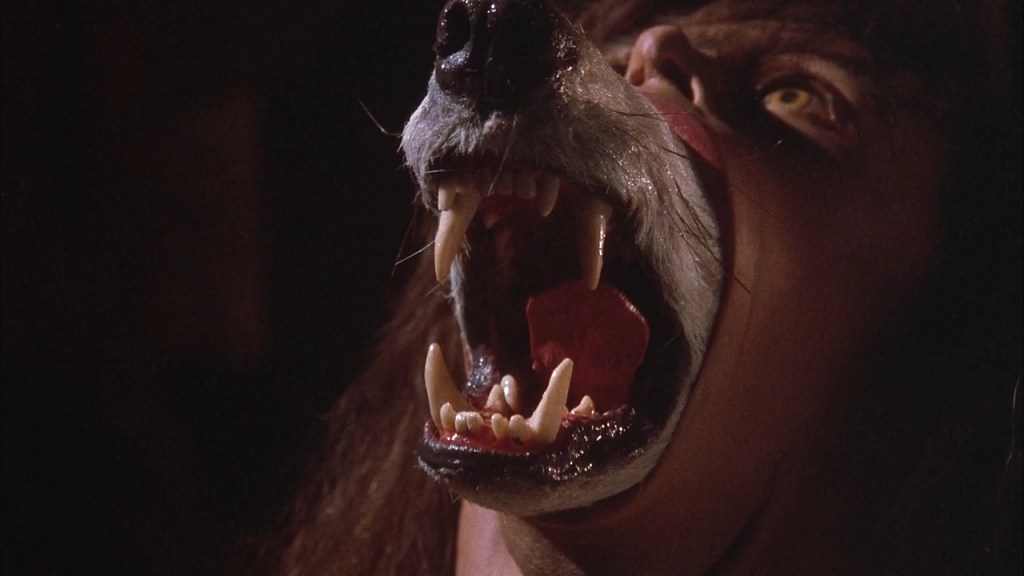 Above: You have a little something in your teeth, sir.

If you couldn’t get enough of: Crazy-ass lycanthropes.

I’m double-dipping a little here because this bizarre 1984 werewolf film from Neil Jordan (director of Interview with the Vampire and The Crying Game) comes from the same-titled story in The Bloody Chamber. Carter herself assisted with the screenplay.

The Company of Wolves is almost an anthology film — it contains smaller stories nested inside the larger narrative — but it’s mostly a retelling of Little Red Riding Hood in which “the path through the woods” comes to symbolize codified societal expectations of behavior and obedience.

But if you leave the path (and Riding Hood does), you find all kinds of crazy stuff like stork eggs with little statues of babies inside. And why don’t your parents want you to see that?

Mostly, however, like the original story, the film is about werewolves and how they simultaneously intrigue and repel us. It has a few really memorable transformation sequences (see the picture above), and sweet old Angela Lansbury plays Riding Hood’s grandmother in an amazingly creepy way.

So if you miss Sheriff Bigby’s lupine antics, you’ll find a lot to like here.

The art of Edward Hopper 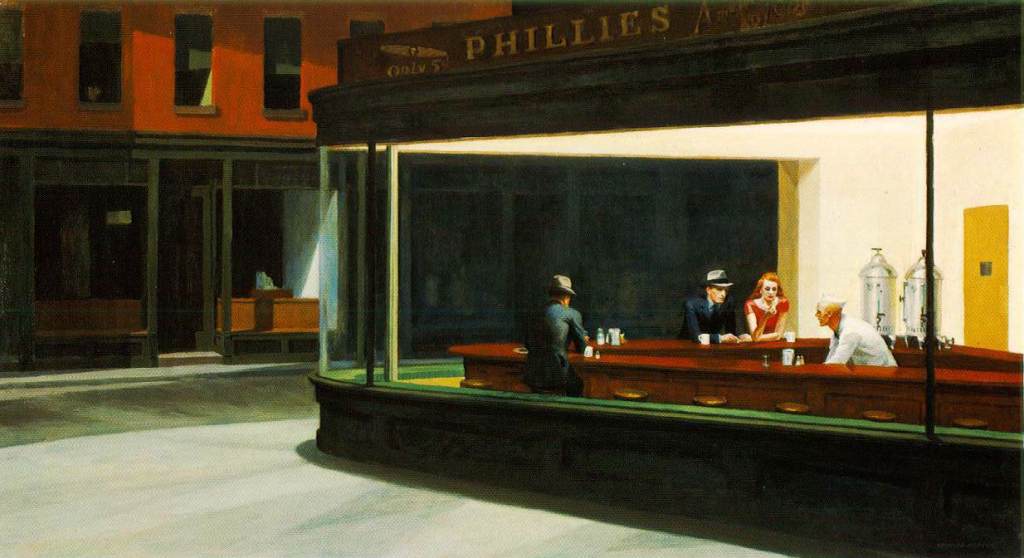 Above: It didn’t always have Darth Vader in it, nerds.

If you couldn’t get enough of: Colorful noir.

Even if you don’t know the above painting by name (it’s “Nighthawks,” by the way), you’ve almost certainly seen it before. Its creator, Edward Hopper, was known for capturing quiet moments and juxtaposing shadows with warm colors.

His work isn’t nearly as bold or saturated as the art in The Wolf Among Us (see the header image), but if you look at more of it, particularly the pieces set in New York, you might notice a decidedly noir-ish bent to them with their dark shadows, sharp diagonals, and high-contrast lighting. But unlike the dire monochromia of hard-bitten detective films, Hopper’s art also includes an effective and arresting use of warm and distinct colors.

We commented on the game’s colorful noir art style in our review of the first episode, and Hopper’s work often delivers more of the same.

If you couldn’t get enough of: Epic tales of evil and woe. 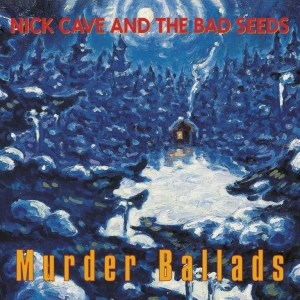 Above: This cozy little cottage probably has at least a dozen bodies buried under it.

Nick Cave and the Bad Seeds’ 1996 album is 10 tracks of violence and mayhem. True to its name, each song includes at least one grisly killing, and the tone varies widely from one to the next.

“Where the Wild Roses Grow” is a haunting and intimate duet with singer Kylie Minogue that tells the sad story of a woman who takes up with entirely the wrong man. “The Curse of Millhaven,” however, is a raucous and up-tempo description of a series of violent crimes recounted by an enthusiastic 14-year-old girl. And “Stagger Lee” is just completely vulgar from beginning to end.

While the individual parts of Murder Ballads are different, every song feels larger than its events. The Bad Seeds imbue their characters — otherwise mundane people who just happen to be murderers and/or victims — with an air of legend and grandiosity that makes their stories feel like the grim and sad tales that spawned The Wolf Among Us’s cast of melancholy misfits.

I haven’t read, watched, and listened to everything, obviously. Do you have another piece of media that goes with The Wolf Among Us? Feel free to share in the comments. And be sure to check out the other entries in this series here.