This article may contain spoilers for Watch Dogs.

Read+Watch+Listen is about other material you might want to check out if you’re just not ready to move on. We’ll suggest media that share something in common with a particular game and tell you why it might be of interest. This time, we’re doing an upgrade or some other techy thing to your time with the open-world hack-fest Watch Dogs, which is available now for PlayStation 4, Xbox One, PlayStation 3, Xbox 360, and PC, and it’s coming out for Wii U later this year. Our reviewer thought it was alright.

If you couldn’t get enough of: Activist hacking with magical, do-everything devices. 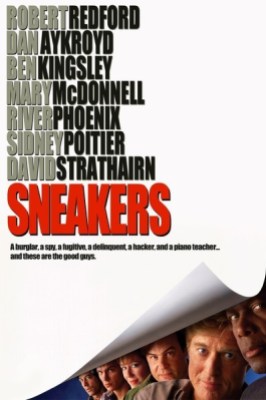 Above: Look how old everyone in this movie is. How can they be hackers by Hollywood standards?

One of the cool things about Watch Dogs is that unlike most other open-world heroes, Aiden Pearce never has to take on flow-interrupting odd jobs to make money. He just uses his magical phone to snatch it right out of people’s bank accounts and then goes right back to his important business of tech-venturing.

You can just walk around stealing everyone’s money, but developer Ubisoft Montreal adds a little decision-making tool in the form of the information you learn about people from profiling them. So I was a little more particular about whom I robbed. For example, if a person volunteered at a soup kitchen, they could go, but one person had a rich bank account and had recently lost her apartment. I deduced from this that if she wasn’t evicted for missing rent, it must have been because she was a terrible neighbor and some kind of a-hole, so her money became mine.

And if you like that kind of rationalization and power over people’s affairs, you might want to check out Sneakers, a 1992 film from director Phil Alden Robinson (Field of Dreams) that is perhaps the most mature movie about hackers ever made. The Internet is not a place, nobody says “Come get some” while dispensing their mad hackz, and information actually appears as lines of code on a screen instead of massive towers made of light.

The film opens with two young men accessing systems to transfer money from its “unworthy” owners to charitable causes, which is basically the same exercise I perform every time I steal from someone in the game. The plot involves a mysterious black box capable of accessing any computer in the word via math or something — kind of like Aiden’s superpowerful phone that can access secure mainframes and the city’s power grid with a single press of a button.

If you couldn’t get enough of: Watch Dogs’ city-destroying minigame Spider Tank.

I loved Spider Tank. I enjoyed blowing things up, crawling up buildings, and generally doing whatever a spider can — only way bigger, made of metal, and bristling with weapons.

My favorite thing about Spider Tank, though, was how well its animations work. Its movements are cool and lifelike without being so realistic that I got the creepy-crawlies and threw my controller away in disgust. And if you can’t get enough of realistically animated spider robots, check out this real-life mechanized arachnid courtesy of Tested and Mythbusters‘ Adam Savage.

‘The Devil in the White City: Murder, Magic, and Madness at the Fair that Changed America’

If you couldn’t get enough of: Chicago history. 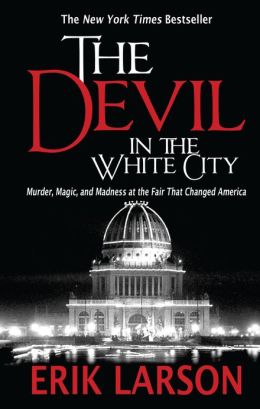 Writer Erik Larson’s 2003 book is ostensibly about H.H. Holmes, a murderous doctor who built a labyrinthine hotel full of death traps during the 1893 World’s Fair in Chicago. But maybe more than that, it’s about how the city rebuilt itself after the Great Fire of 1871 to become a bustling modern city, the birthplace of both the skyscraper and the Ferris wheel.

If you liked playing Watch Dogs’ FourSquare-like metagame and were more interested in the history of the places you checked in at than becoming their virtual mayor, this book will have a lot to interest you. Plus, a building that became known as “The Murder Castle” features prominently, and you know that you want to learn what that’s all about.

Spoiler alert: Every part of it is horrifying.

If you couldn’t get enough of: Masked vigilantes fleeing from the police through the streets of Chicago.

This one’s going to be a bit of a departure from what I usually do in this series because you should consume this offering while still playing the game.

Watch Dogs has some incredibly fun chase sequences in which Aiden can use his superphone to make his pursuers crash their cars. And because it’s an open-world crime game, it’s only a matter of time before some players lose interest in the plot and side missions and just see how long they can survive a police pursuit.

And for those people, I highly recommend that once you’ve riled The Man up sufficiently, you hop on a motorcycle and forego the game’s hit-and-miss soundtrack in favor of composer Hans Zimmer’s scores for Batman Begins and The Dark Knight.

Why those two and not the third one? Because unlike The Dark Knight Rises, director Christopher Nolan filmed the first two installments of his Bat-trilogy in Chicago. And Ubisoft did such a good job at re-creating the city that you’ll suddenly realize that you’re driving through that tunnel where The Joker tries to kill Harvey Dent. It’s amazing.

I also favor the motorcycle because when Aiden is driving one, his long coat flaps behind him like a cape, which is cool. Plus, it lets me do things like raise those pole-like barriers and then pass between them unharmed while the police crash behind me. And that is just Batman as hell.

Both of the soundtracks are great, but here are a couple of pieces that are particularly good for chases.

I haven’t read, watched, and listened to everything, obviously. Do you have another piece of media that goes with Watch Dogs? Feel free to share in the comments. And be sure to check out the other entries in this series here.