This article may contain spoilers for The Witcher 3: Wild Hunt.

Read+Watch+Listen is about other material you might want to check out if you’re just not ready to move on. We’ll suggest media that share something in common with a particular game and tell you why it might be of interest. This time, we’re keeping the magic going for The Witcher 3: Wild Hunt, which is out now for PlayStation 4, Xbox One, and PC.

If you couldn’t get enough of: Everyday monster hunters.

Director Don Coscarelli (Phantasm) filmed this adaptation of the short story by Joe R. Lansdale (Jonah Hex comics). Bubba Ho-Tep is about an aging Elvis Presley (Bruce Campbell) stuck in an east Texas nursing home years after switching lives with an impersonator, who later died. He befriends an old black man (Ossie Davis) who claims he’s President John F. Kennedy, and the two of them discover that an ancient mummy is preying on the facility’s residents.

So basically, this movie is amazing.

The trailer makes it look like a comedy, but it’s as much about Elvis’ regrets and desire to reclaim life as it is about two old dudes battling a cowboy-hat-wearing Egyptian corpse. It’s surprisingly poignant and disarming, and despite its premise, it never quite descends into full-on camp.

Fans of Wild Hunt will appreciate the premise of a small community with a scourge upon it and the heroes’ efforts to identify, research, and ultimately destroy the beast threatening their home. 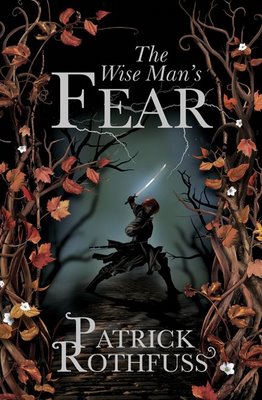 Above: Judging from this cover art, Kvothe may also be a Jedi.

If you couldn’t get enough of: Swordplay, mild magic, and loner heroes.

OK, well you shouldn’t jump straight to The Wise Man’s Fear if you haven’t read The Name of the Wind, which is the first book in author Patrick Rothfuss’ planned The Kingkiller Chronicles trilogy. But Book Two is when the story of legendary hero Kvothe gets all Witcher-y.

After the first installment’s nonstop trauma, orphaning, and severe beatings, Kvothe is ready to actually start doing hero stuff. This entry has him learning to fight, going on adventures in the wilderness, and seducing a magical fairy woman.

Kvothe hasn’t undergone any mutations like Geralt and his Witcher comrades, and his hair is fire-red instead of white, but from a purely magical and cutting-bandit-arms-off point of view, he’d more or less qualify. And in the first book, he kills a dragon, so he has that going for him, too.

If you couldn’t get enough of: Fantasy adventures without all of that cliché fantasy-talking.

One of The Witcher series’ best qualities is that it does away with most of the fantasy-dialogue tropes we’ve come to expect when people start swinging swords around. The game characters speak the way anyone would; why would you say something like, “Get thee hence, thou mewling, shard-borne popinjay” when a simple “Fuck off” will do? Sure, style enters into it, but the direct route is usually the best. 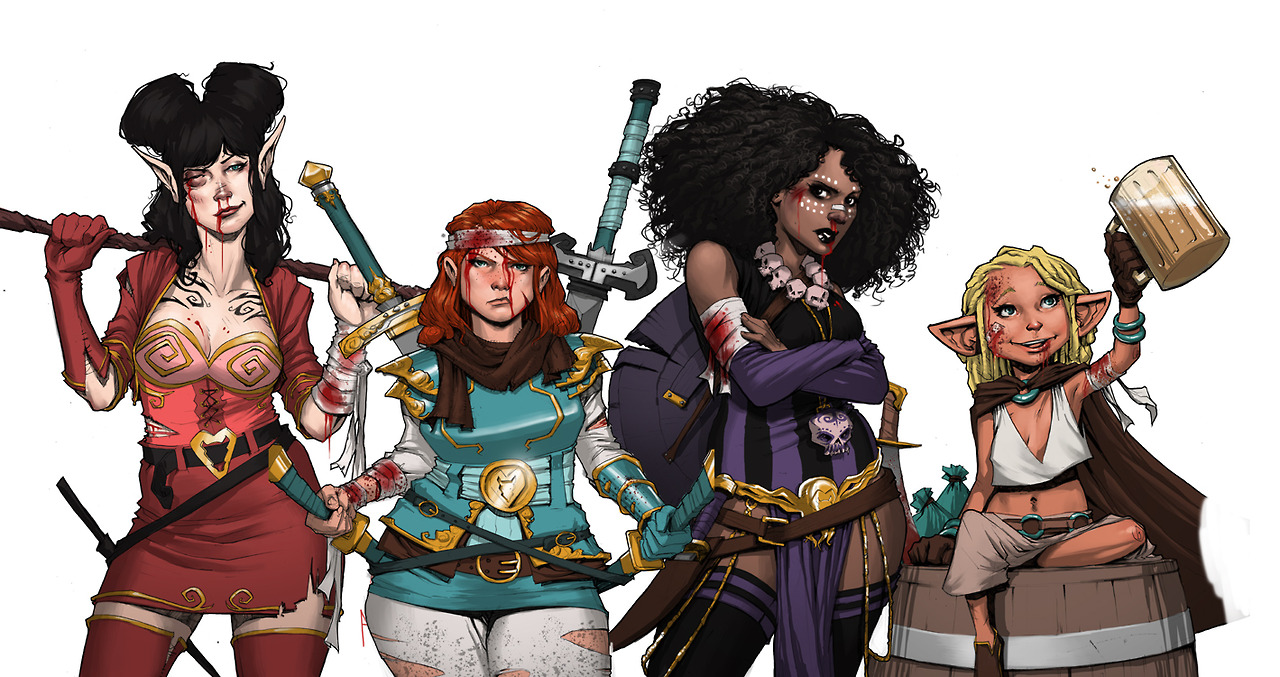 Above: They’re a bunch of classy fucking ladies.

If you couldn’t get enough of: Lutes, I guess.

Wild Hunt has some cool music in it, and it comes as much from a modern sensibility as it reflects the loose-ish, Dark Ages-y setting. Do you know how long it’s been since I heard a lute? Ages. But now I want to listen to them all the time.

And if you do, too, check out this YouTube playlist of extremely talented lutenists (that’s what they’re called) playing some pieces you might recognize. You’re going to see a few people pop up repeatedly here because it turns out only so many YouTubers are posting lute videos. But they’re all very good, and I even included some Chinese and Arabic lute (oud) pieces to make the list all global and inclusive.

I haven’t read, watched, and listened to everything, obviously. Do you have another piece of media that goes with The Witcher 3: Wild Hunt? Feel free to share in the comments. And be sure to check out the other entries in this series here.