This article may contain spoilers for Wolfenstein: The New Order.

Read+Watch+Listen is about other material you might want to check out if you’re just not ready to move on. We’ll suggest media that share something in common with a particular game and tell you why it might be of interest. This time, we’re supplementing Wolfenstein: The New Order, which came out for PlayStation 4, Xbox One, PS3, Xbox 360, and PC a couple of weeks ago. We mostly liked it.

If you couldn’t get enough of: Nazi moon bases.

This 2012 kinda-tribute to director Stanley Kubrick’s Cold War classic Dr. Strangelove supposes that the remnants of the Third Reich escaped to a swastika-shaped compound on the moon instead of someplace normal, like South America. The movie’s a bit hazy on how exactly they did that, but cult-hero actor Udo Kier plays the regime’s new Führer, so that should be sufficient incentive to suspend your disbelief. 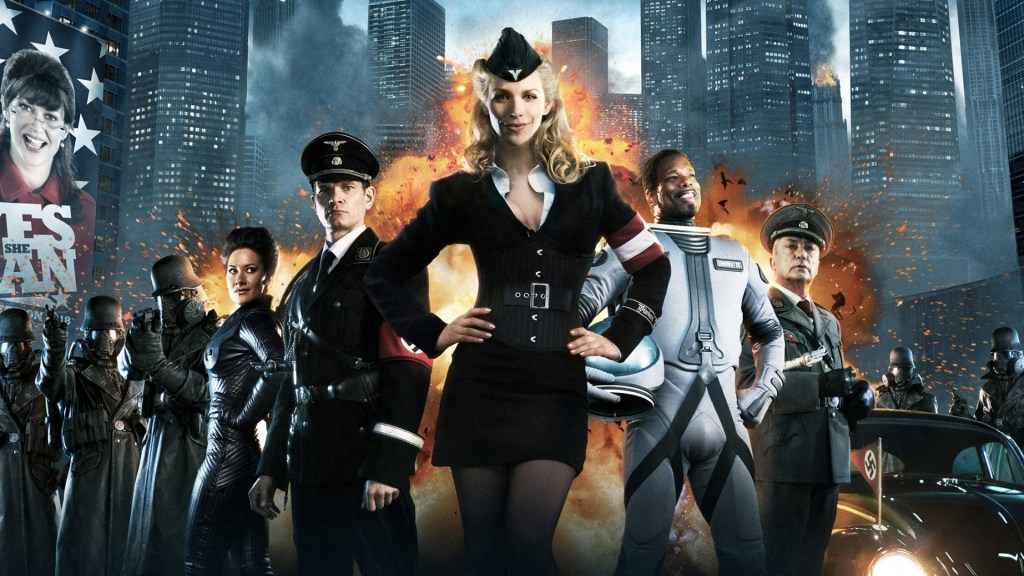 Above: OK, so it is a little silly.

Of course, being Nazis, their first priority is returning to Earth as conquerers, and they do so with a fleet of flying saucers. But that’s fairly incidental because the whole point of the movie is Moon Nazis. Why wasn’t it called “Moon Nazis”? The mockbuster factory The Asylum’s knockoff version was called Nazis at the Center of The Earth, and that tells you everything you need to know. Both films are available for streaming on Netflix Instant. Iron Sky even has a Director’s Cut available with some extra scenes and lens flare. No, really.

If you couldn’t get enough of: Alternate-history shenanigans. 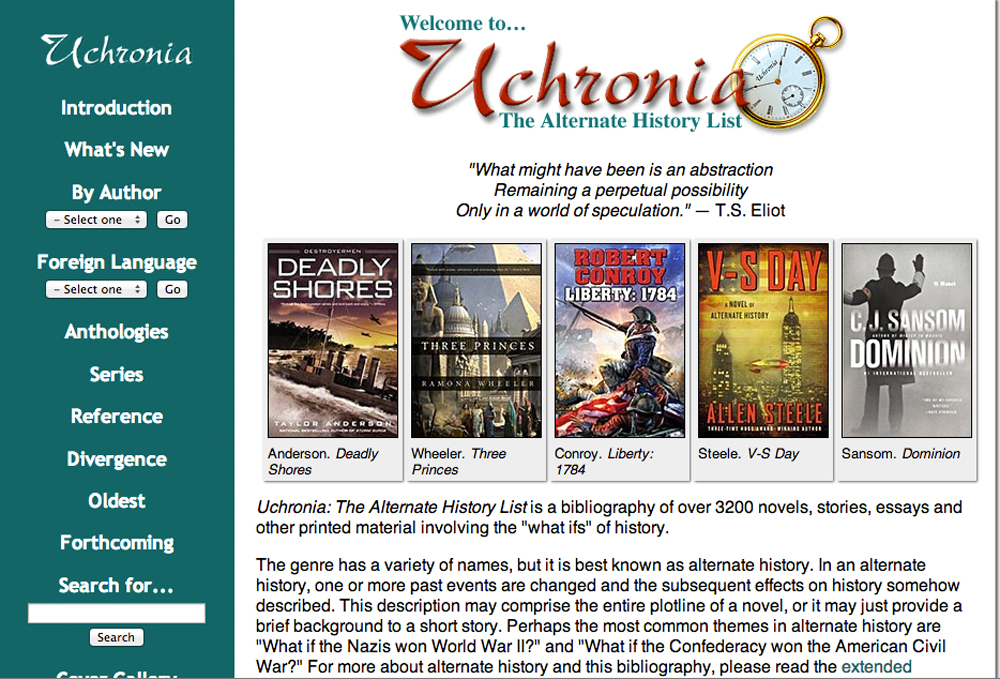 Above: It’s a good time to start assembling your summer reading list.

If you’re interested in other what-if scenarios like the weird version of 1960 from The New Order but don’t know where to start, you might want to head over to Uchronia. It’s a massive bibliography containing thousands of listings of alternate history works. Topics include the well-covered “The Allies lose World War II” and “The Confederacy wins the American Civil War” as well as other subjects like “The dinosaurs never went extinct” and “What if the Earth’s axis were nearly parallel with its orbit?”

Things would be very different in those cases. Hitler would actually be the least of our worries.

OK, hear me out: Dinosaur Hitler.

If you couldn’t get enough of: Wolfenstein’s Nazi record label. 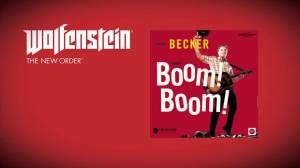 Above: Most of the songs were original, but you probably spotted the references to Die Käfer (“The Beetles”) and an alternate version of the Abbey Road album cover.

Players who weren’t too busy mowing down Nazis and their robots probably noticed the little clues scattered throughout levels about just how completely German had conquered the world.

One of the most fun artifacts is Neumond, the fictional record label that represents what would happen if all of the world’s popular culture had to pass through the Fatherland (and its fleet of censors). It’s more or less the same kinds of music our universe had in 1960, but it’s all very, very German.

If you’re looking for something a little more surreal, I’ve assembled a YouTube playlist for your enjoyment: It’s all popular musicians singing their own songs in German. And that’s every bit as amazing as it sounds. Check it out below:

I haven’t read, watched, and listened to everything, obviously. Do you have another piece of media that goes with Wolfenstein: The New Order? Feel free to share in the comments. And be sure to check out the other entries in this series here.