This article may contain spoilers for Hotline Miami 2.

You spent years waiting for developers to hurry up and release a big game. You buy it, load it up, and play through it in a couple of days. It’s awesome.

Read+Watch+Listen is about other material you might want to check out if you’re just not ready to move on. We’ll suggest media that share something in common with a particular game and tell you why it might be of interest. This time, we’re keeping the spree alive for Hotline Miami 2, which is out now for PlayStation 4, Vita, PS3, PC, Mac, and Linux.

If you couldn’t get enough of: Insane murderers wearing animal masks.

I’m not a huge fan of the home-invasion horror subgenre. It makes me squeamish in a way I don’t appreciate. But 2011’s You’re Next somehow manages to get past that and provide a tense and suspenseful good time without making me feel the bad kind of horrible.

The three invaders wear fox, lamb, and tiger masks to hide their identities and creep us the hell out, and they more than slightly resemble the murderer-worshipping Fans in Hotline Miami 2. 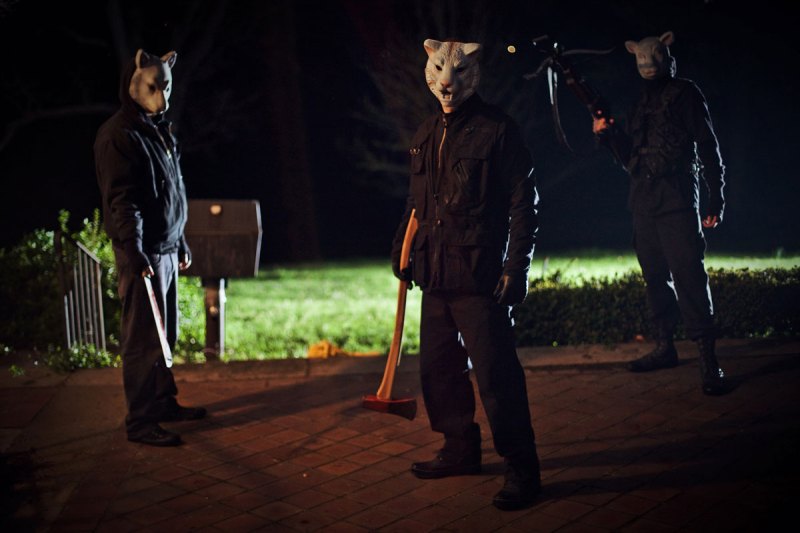 Above: Throw in a crap-ton of neon, and you’d think this was a film adaptation of the game.

You’re Next kind of feels like a Hotline Miami movie told from the victims’ point of view, only the murderees are neither Russian nor gangsters, and they don’t even have terrifying dogs to protect them.

So maybe it isn’t the same at all, but those masks are nightmare fuel.

The art of Octavi Navarro 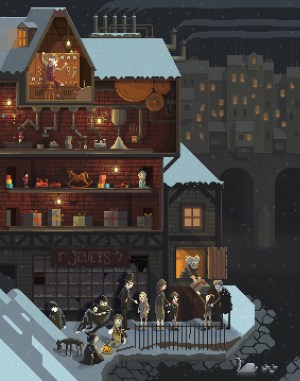 If you couldn’t get enough of: Beautiful pixel art.

Graphic designer and illustrator Octavi Navarro has channeled his love of classic gaming into an ongoing project called Pixels Huh, which features wonderfully crafted, narrative-driven scenes that he created one dot at a time.

Navarro’s work is considerably more detailed (and way less bloody) than the graphics in Hotline Miami 2, but it still captures that retro look that makes older gamers go all squidgy with nostalgia.

And if you want to see what goes into one of these masterpieces, Navarro also has a detailed and fascinating tutorial that takes you through one painting from sketch to finished piece. It offers aspiring artists handy technical tricks about guiding viewers’ eyes and how to create effective lighting.

If you couldn’t get enough of: ’80s-style, synth- and beat-heavy tunes.

I recommended that you watch director Nicolas Winding Refn’s brilliant crime film Drive if you wanted to learn some ways to avoid the fuzz in Grand Theft Auto V. And if you took my advice then, you probably noticed that the soundtrack to that movie is full of songs that sound straight out of the ’80s. So it’s basically exactly the same as the Hotline Miami soundtracks, which effectively leverage bass and synthesizers to fuel your kill-crazy rampages.

And if you’re looking for more of that, Drive‘s soundtrack has you covered. Check out this sample from French house artist Kavinsky:

I haven’t read, watched, and listened to everything, obviously. Do you have another piece of media that goes with Hotline Miami 2? Feel free to share in the comments. And be sure to check out the other entries in this series here.