This article may contain spoilers for Infamous: Second Son.

Read+Watch+Listen is about other material you might want to check out if you’re just not ready to move on. We’ll suggest media that share something in common with a particular game and tell you why it might be of interest. This time, we’re going to build on your time with Infamous: Second Son, developer Sucker Punch’s PlayStation 4-exclusive superhero title (and we liked a lot), which came out on March 21.

If you couldn’t get enough of: Seattle-based superpower fights. 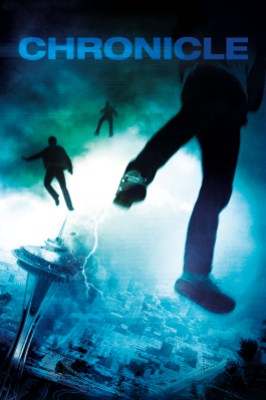 Above: Also, telekinesis gives you the power of flight. I don’t know if you knew that.

We’re starting a little obvious here, but I’m alright with that because this movie is excellent.

Director Josh Trank’s 2012 film about three high schoolers who obtain telekinetic powers from a mysterious object in the woods, Stephen King-style, is a fairly realistic depiction of what would happen if average people suddenly gained superhuman abilities. By which I mean that they spend most of the first half of the movie playing pranks and annoying people remotely.

The game’s hero Delsin Rowe doesn’t have a whole lot of time for shenanigans once he starts racking up the magic, but you know he would have pulled some stunts if he’d had a free afternoon. And, of course, nothing is stopping players from making puny pedestrians cower before their virtual might.

If you couldn’t get enough of: Subversive street art.

When you get tired of running around virtual Seattle throwing smoke and neon out of your hands, Delsin can also throw up some stencils and create spray art to either inspire or intimidate the populace.

To those who follow such things, Delsin’s work probably looks pretty familiar: It bears an uncanny resemblance to the work of Banksy, the British graffiti artist and political activist. If you don’t follow those things, I’m telling you right now that stuff looks exactly like Banksy’s.

So if you want more of that, go ahead and check out this interactive map at the New York Magazine website that documents the artist’s month-long residency back in October. It’ll show you the original pieces along with their subsequent destruction and defacing.

If you just want to see the art, though, check out this Instagram account. My favorites aren’t the figures, but the ones where he just adds “The Musical” to existing graffiti. 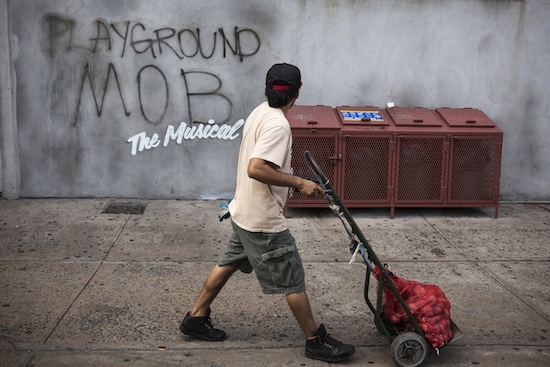 If you couldn’t get enough of: Delsin and Reggie Rowe’s squibbles and squabbles.

This 1998 episode of the Chicago Public Radio anthology series contains a selection of stories about brothers and sisters and the various ways they come into conflict.

None of them include superpowers, but you might hear a lot of similar themes like age, responsibility, and not embarrassing the family. Delsin and Reggie are just another pair of brothers with different values, and each is disappointed in the other for various reasons. Sounds like pretty standard brother stuff to me.

You can listen to this episode on the show’s website.

If you couldn’t get enough of: Superheroes fighting to take back an occupied city. 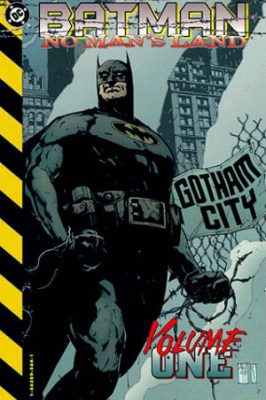 Above: No creepy-awesome Bane voice here, though.

This yearlong comic-book story arc from 1999 takes place after Gotham City suffers a magnitude 7.6 earthquake that completely cuts it off from the rest of the world. The government drops all aid, and supervillains stake out their own fiefdoms and rule them however they see fit.

What follows is months of fighting for territory and order. It’s not exactly the same as the Department of Unified Protection’s occupation of Seattle in Second Son, but the DUP certainly had enough people with superpowers in its ranks, and the mechanic of destroying its installations to take back neighborhoods is certainly in the same spirit as No Man’s Land.

The comic’s storyline influenced parts of 2011’s Batman: Arkham City as well as The Dark Knight Rises, director Christopher Nolan’s finale to his slightly popular trilogy of films about the Caped Crusader.

I haven’t read, watched, and listened to everything, obviously. Do you have another piece of media that goes with Infamous: Second Son? Feel free to share in the comments. And be sure to check out the other entries in this series here.