When I heard that Ready At Dawn Studios was ready to talk about a new game, I was expecting a sequel to The Order: 1886, a very serious Victorian-era horror shooting game. It turned out to be something completely different: De-formers.

The title is a third-person smash ’em arena-combat game with frantic gameplay and combat that resembles Super Smash Bros., only with zany characters and beautiful 3D environments. It shows that the maker of blockbuster console titles has learned to be flexible when it comes to fun. In De-formers, you roll around an arena and try to knock as many as seven other opponents off a cliff. It’s an odd game with an equally surprising publisher: GameStop’s new GameTrust label. 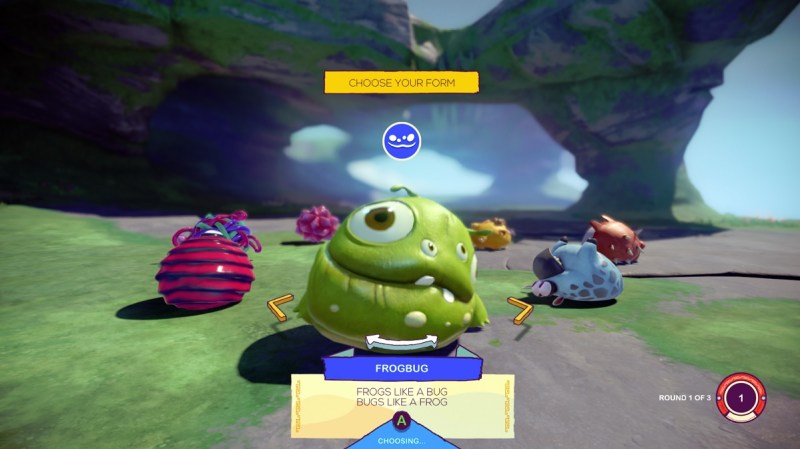 He added, “As your reaction showed, it’s a very different thing than what people would expect.”

In the game, each players controls a “Form.” You can deform it and roll it around the arena, trying to knock other players out. You can do things like jump, roll, dash, shoot, throw, and defend. If you master the controls, you can engage in a wide variety of offensive and defensive strategies, Weerasuriya said. You can collect power-ups, consume the remains of defeated opponents, and pick up items that enable you to shoot the other characters.

Weerasuriya said the multiplayer-only game started as a passion project of a small group inside the company. 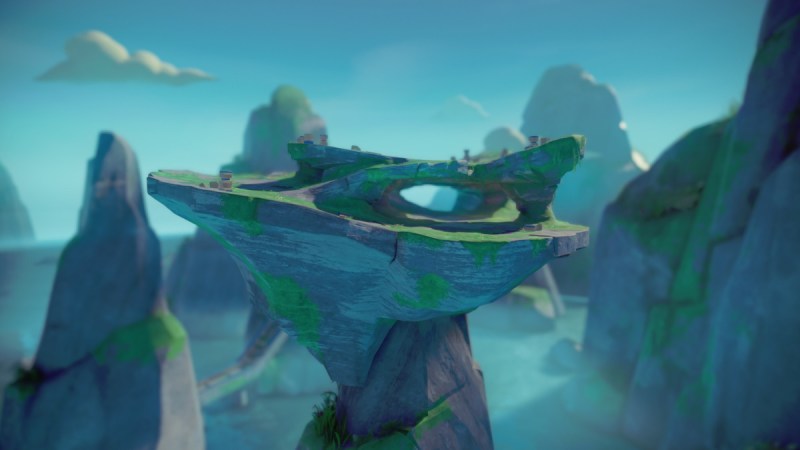 Above: The De-Formers maps are stylized and look beautiful.

“When we saw the fun build, we knew we had to put some manpower behind it,” he said. “We had to find a partner and get it going full-blown.”

That partner is GameTrust, which is a new label for high-quality independent games for GameStop, the world’s biggest game retailer. Mark Stanley, the vice president of internal development and diversification at GameStop, told GamesBeat said that De-formers will be sold in GameStop stores alongside merchandise and collectibles that go with the game. Weerasuriya said Ready At Dawn chose GameTrust because it wanted a publisher with a light touch when it came to creative control.

The title is coming soon for the PlayStation 4, Xbox One, and PC. You can play it locally on split-screens or online with up to eight players. Weerasuriya said that he and his friends used to play games on the couches in a more social way, fighting each other in local multiplayer matches.

“That feeling of playing couch games like Mario Kart is something we have held very close in our hearts,” he said. “This is a game that allows for that. We are trying to recapture that, with up to four people on a couch.”

The play styles are very dynamic, and there’s a “rock-paper-scissors” feel to the strategy. You can dash at someone and push them off the map, taking their hit points. You can protect yourself from a dash with a shield. But if you are using a shield, someone can grab you and throw you off the edge. The art style is very stylized, but the rendering feels very realistic. It is built on the Rad engine that Ready At Dawn owns.

You have to consume things to get bigger and roll around to overpower your rivals and get material to shoot them. Weerasuriya said it takes just a couple of rounds for people to get used to it. The game started with a skeleton crew in August 2014, and it grew to no more than 20 people among the company’s staff of about 100.

“It’s really refreshing to try a game with this style of party gameplay,” Weerasuriya said. “Gameplay is guiding every decision we make.”