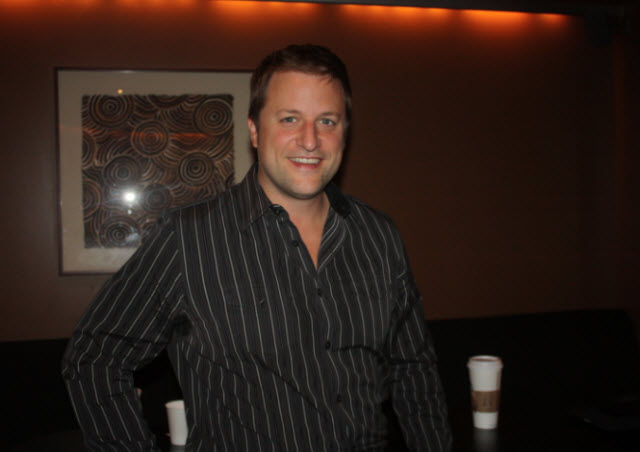 It has taken a while to get the engines revving, but the GameHouse division of Real Networks is now making its run at the social game market. The company has 3,000 casual games and 50 million unique users a month, but its traditional business has been disrupted. Now it is poised to start cranking out Facebook games that could be a lot more lucrative, according to an interview with GameHouse senior vice president Matt Hulett (pictured). 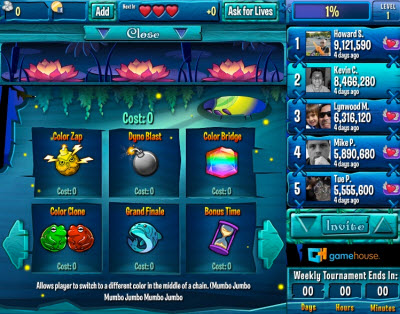 GameHouse is launching a series of new Facebook games, including Collapse+Blast this summer and a follow-up title Bayou Blast, which launches at the end of October and is the company’s most important social game to date, Hulett said. Each game by itself isn’t a huge deal, but over time GameHouse hopes to grab its fair share of the market and make a strategic shift into social and mobile games.

Rather than fear change, Hulett said, companies like his have to embrace it and run with it. Overall, more than half of GameHouse’s 80 or so developers are now focused on social games. The investment this year is more than $10 million in social and mobile games, and that amount will increase significantly in 2012.

“We are trying to take the 10-year-old GameHouse business on the casual side and move it over to social,” he said. “We want to crack the top 10 in six months.”

Hulett’s background is in startups, where he has raised $100 million in funding. But he joined the gaming division to turn the operation around. He described that process at a recent talk at the Casual Connect game conference in Seattle.

Real Networks built the GameHouse division in a more prosperous time, during the heyday of casual games played on web sites. Facebook and Zynga have since disrupted that business, and companies can no longer charge $20 a game for casual titles. Now the social games on Facebook are free-to-play, where users play them for free and pay real money for virtual goods. Even so, GameHouse still has something like a $100 million business.

Just a short time ago, most people believe that Zynga had the Facebook game market locked up. It still has more than 267 million monthly active users today. But other companies have made a big dent in grabbing users. EA has 94 million monthly active users, thanks to the fast growth of The Sims Social. Germany’s Wooga has 41 million users, and King.com has 16.6 million users. 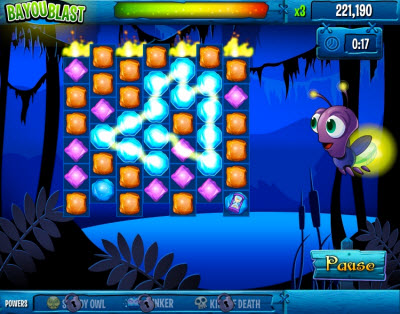 “It’s like the 1912 patent office, where they said everything that can be invented has been invented,” Hulett said. “Because they are successful now, it doesn’t mean Zynga will own the market.”

The success of the newcomers has given Hulett some heart and emboldened him to accelerate the company’s investments. He is recruiting more developers to build new games or adapt existing ones for social play. Of the thousands of games that GameHouse has, there are probably 100 or so that can be adapted as GameHouse-owned brands on Facebook. So far, the company has 15 games on Facebook, with a total of 4.6 million monthly active users.

The Collapse+Blast game has more than 200,000 daily active users and is growing by several thousand a day. The Bayou Blast game is a gem-matching game, much like Bejeweled. But it has an interesting touch-related mechanic where you can draw a line through all of the gems of the same color on a screen and score points by doing so. The game is social, as you can email high scores to your friends and taunt them.

Other titles in the works include a slot machine game and a social version of Let’s Make a Deal. Each of those games will try to drive traffic to the GameHouse web site, in addition to being playable on Facebook.

While some of this sounds simple, it has meant a lot of change at GameHouse, The company cut back on staff and then hired more people for the social and mobile games.

The good thing is that the market is still growing at a healthy rate, and it’s not too late to expand into the Facebook market. Most other new entrants are aiming at the mobile market, and GameHouse has more than 75 games on those platforms. But the addressable market for social games is much better, Hulett said. The company will dip its toes into the Google+ social games market as well, although Facebook will remain its main target.

“The simulation genre might be getting saturated, but there are new genres that are attracting different audiences,” Hulett said. “We’re early in this journey. I’m betting with half the team focused on social, and even more next year.”

Will some of this disrupt and hurt the casual game business? Hulett doesn’t care.

“We have had the crap kicked out of us so many times that I have no problems cannibalizing anything I am doing today,” he said.