Once developers create a mobile game, it’s a royal pain to adapt it to all of the different types of cell phones in the world. Real Networks is announcing its Federation of Studios mobile publishing business today to address that problem, enabling a mobile game to get on as many 1,700 different cell phones in a matter of six weeks.

The new platform could help widen the reach of hit games to the broadest audience. The RealGames division of Seattle-based Real Networks will let developers access its proprietary Emerge game development platform, which is integrated with a marketing and distribution process. With Emerge, developers create their game for the best possible platform, such as the iPhone, and then the platform tools let them port, or adapt, the game to other mobile handsets.

The reason there are so many different target platforms is that cell phones have many different schemes for game controls — from buttons to touch screens — and screen sizes. The Emerge engine takes all of these into account and finds ways to adapt a game without much redesign. Each new handset that comes out can be quickly added to the platform. Matt Turetzky, vice president of content at RealGames, says the Emerge platform can reach 2 billion cell phone owners worldwide. 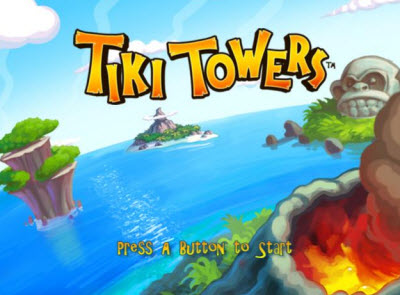 Charles Harper, general manager of business development at RealGames, said in an interview that the platform can port a game to eight different operating systems and 130 carriers and direct-to-consumer distributors. Normally, porting to such a fragmented worldwide market takes lots of programmers and costs too much for developers, who then tend to concentrate on crowded platforms such as the iPhone.

Competitors such as Moblyng are taking a different approach. Moblyng can publish games to a bunch of different cell phone platforms, but Moblyng limits its focus to smartphones with touchscreens, such as the iPhone or the T-Mobile MyTouch 3G with Google. But RealGames says it can deliver to the remaining 85 percent of the market with very little extra cost. 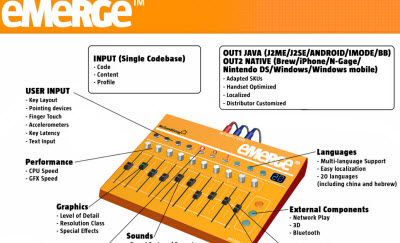 The first member of the Federation of Studios is Sonic Boom, a game publisher with titles such as Name that Tune! and Virtual Villagers.

Real acquired the foundation for the Emerge platform when it acquired the Mr. Goodliving mobile game studio in Helsinki, Finland. Today, RealGames has 90 titles published under its RealArcade brand, including the Tiki Towers game that came out last fall (pictured). Almost all of those have been published with Emerge. So far, RealArcade has had five top 20 iPhone games.

RealGames isn’t revealing the exact business terms for the Federation of Studios program, but it gets a cut of the royalties for games published through the Emerge platform. There is no upfront cost to developers. And RealGames can retrofit previously published games as Emerge titles, but it’s likely some reprogramming would be necessary. Ideally, developers can develop games using the Emerge platform from the ground up.

While it sounds like RealGames could flood the market with games, Harper said he isn’t planning to publish hundreds of games through Emerge but will focus on the most promising hit titles.

“We are not looking to commoditize mobile gaming,” Harper said.