The reboot of the Slingo franchise is the first that RealNetworks has created after acquiring the Slingo brand and company for $15.6 million a year ago. By purchasing Slingo, RealNetworks and its GameHouse division hoped to take one of the most popular brands in the casino-games business and use it to differentiate it from a host of other competitors.

Ken Murphy, the vice president of studio at GameHouse, told GamesBeat that the team worked on the new Slingo social-mobile game for the past year in an effort to catch both the core fans of classic Slingo and the casual players on mobile and social networks. Murphy noted that the social-casino games market is more mature and growing more slowly than in the past. In that environment, differentiating a game is critical, he said.

“The slower pace of growth is true because the genre has penetrated deeper and we are several years into the cycle of social-casino games,” Murphy said. “Finding differentiation is more important, and it is a foundational reason as to why we are putting more effort into Slingo. We’ve been working on a comprehensive strategy for putting this intellectual property to use.”

The company made the announcement about Sling Adventure at the Casual Connect conference in San Francisco. 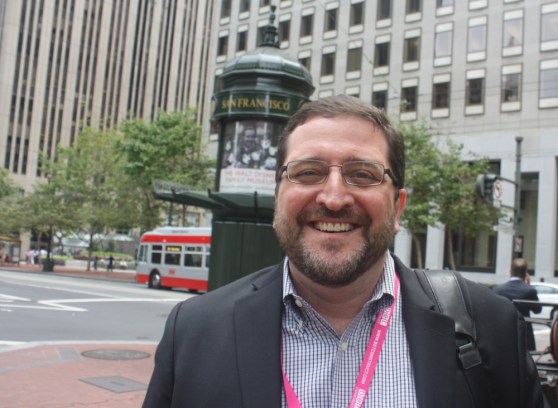 The free-to-play game will be released soon after its current invite-only beta test on Facebook. A mobile release on iOS and Android will come this fall.

“We’ve had some good feedback from hardcore fans on Facebook, including one woman who played for 17 hours straight,” said Murphy. “The team in New Jersey has helped us understand the core of the Slingo game mechanic and what makes it great. They’re putting us together with the harshest critics to make sure we get it right.”

There are, for instance, new power-ups, dynamic elements, and long-term progression maps that keep players coming back over a long time, Murphy said.

“We have more gameplay variety that will resonate with folks,” Murphy said.

Consumers have spent more than $1 billion on Slingo during its history. Players have downloaded tens of millions of Slingo games and played those titles over billions of times.

Slingo was established in 1995 and was owned by Sal Falciglia. In a video, Falciglia recounted how he created the game during his 60s by thinking about two favorite pastimes: slot machines and bingo. He conceived Slingo in his head and played it over and over again. Zynga made a social game based on Slingo on social networks, but it shut that game down.

“Zynga did a nice job of reviving the market in social games, and we are taking it further,” Murphy said.

People say they like Slingo because it has a lot of action, combining endless levels of spins, puzzles, and patterns that blend strategy, chance, and social interaction. This game will have more than 100 levels available at launch, and it will have a story where the player teams up with Slingo characters in a quest to retrieve The King’s Scepter of Chance and defeat the sinister combination of The Devil and his Devilkin forces.

“Slingo is clearly one of the most iconic gaming brands in history,” said Atul Bali, the president of RealNetworks. “It’s truly multigenerational and has been enjoyed by millions of players across 16 platforms for more than a decade. The casual games industry is ripe for its return to the masses — not just the tens of millions of Slingo fans who have been clamoring for a new game but hopefully even more of the nearly 500 million people who play games every day.”

“This isn’t the only initiative we’re working on with Slingo,” Murphy said. “We have Slingo-branded games in each of our environments for GameHouse games.”

Now there are cross-promotions across a variety of fronts.

Slingo Supreme on iOS is currently the No. 2 paid casino app on iTunes. Slingo-branded slot machines are available in more than 250 casinos across the U.S. More than $1 billion in Slingo-branded lottery tickets have been sold in 23 states. 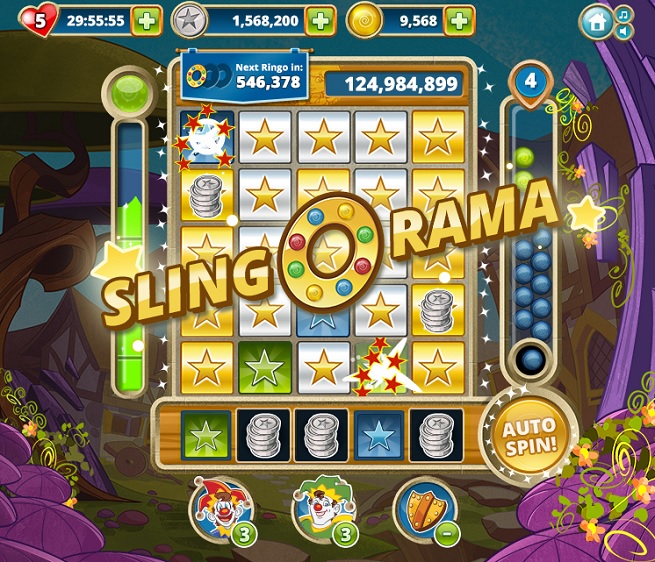