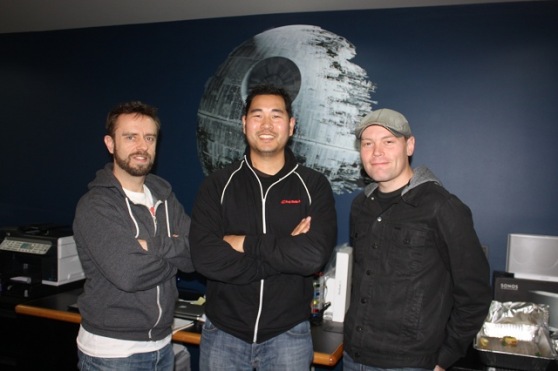 Red Robot Labs is announcing today that it will entice developers to make games for its mobile gaming location platform with $2 million in investment capital.

Mountain View, Calif.-based Red Robot Labs is still a startup itself, having raised $13.5 million in two recent rounds. It launched its Life is Crime location game a year ago and it turned out to be a hit. The game uses the company’s R2 location engine to enable features such as overlaying a virtual map on top of real-world locations where users can fight each other for control of territories. The company is trying to find more allies who believe that location games are the next big thing. 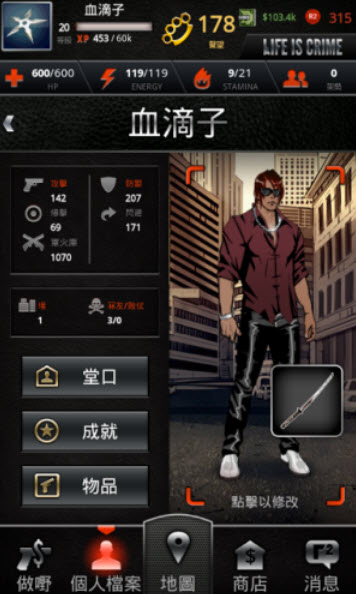 Now the company is opening the R2 platform so that third-party developers can create their own games with location features, said chief executive Mike Ouye, in an interview with GamesBeat.The developers using the platform so far include Box of Robots, ShortRound, and 50 Cubes — all of them experienced mobile developers. In addition, Red Robot’s Supermono division and Hong Kong-based Next Media are also developing games on the platform.

The location features can help differentiate games among the hundreds of thousands of apps in the iTunes App Store. The R2 platform takes the real world maps and allows developers to overlay the world with a crime theme or another theme. Users can check into locations and perform actions, like robbing a virtual bank at a real world location. Since users liked Life is Crime, Ouye and his team decided to create applications programming interfaces (APIs) so that outside developers could take advantage of the “geo gaming” engine.

“Our motto is ‘play the planet,'” Ouye said. “Awesome people build great games. We think that we can find creativity and new audiences by partnering with third parties.”

Developers creating games for R2 have the option of obtaining funding or revenue sharing options from Red Robot Labs. In less than a year, Red Robot Labs has garnered millions of downloads and high engagement in the U.S. with its Android and iOS games.

“When we were looking to create cool new location features into Global Outbreak, the R2 platform gave us a huge head start on the location elements in our design; only the R2 platform offered what we were looking for,” said Andy Hubbard, founder of ShortRound Games.  “Red Robot is at the forefront of mobile, location-based games, and we are excited to be part of their lineup.”

Mitch Lasky, general partner at Benchmark Capital and an investor in Red Robot Labs, said that by broadening its platform, Red Robot is on its way to having the foremost location-gaming platform.

Red Robot Labs will unveil the first look of its own new location-based games at this year’s PAX Prime show in Seattle, which runs from August 31 to Sept. 2. Red Robot Labs was founded in January 2011 by Ouye (pictured middle), Pete Hawley (pictured left), and John Harris (pictured right).