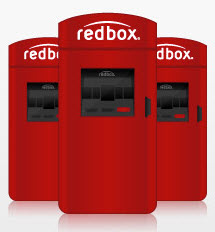 Redbox is becoming the new Blockbuster Video with its chain of video rental kiosks. Now it is adding video game rentals for just $2 a day starting on June 17.

The company has been testing game rentals since August 2009 and plans to dramatically expand game rentals to 21,000 of its 25,000 locations. The rentals cost a little more than the $1-a-day rate for DVDs and $1.50 for Blu-ray movies. Redbox will offer games for the Wii, Xbox 360 and the PlayStation 3. But it will not offer Nintendo DS games, which were tested in the pilot.

The kiosks will have a library of 20 game titles at the start and will expand that to 24 later. Redbox has put vending machine kiosks in places such as pharmacies, grocery stores, fast-food restaurants and others. Its timing has been impeccable, as video game and movie rental stores have shut down all over the place, yet many users haven’t quite made the leap to digital movie streaming.

Starting today, consumers can view and reserve games via the Redbox iPhone app in the test markets in 5,000 locations. This was available for movies in the past, and is now available for games as of today. Like movies, trailers for games will be available for viewing on the app for some titles.

Joel Resnik, vice president of games at Redbox, said in an interview that he thinks the convenience factor is a big part of the company’s success and it is why users will opt for the game rentals instead of making a separate trip to the video store or going online for streaming solutions. Redbox is more like an impulse decision.

Redbox’s low-cost kiosks just might prove to be a major outlet for video game rentals with this strategy, which is kind of retro when you think about the major trend of digital downloading sweeping through both movies and games. The company will compete with the Netflix-like GameFly mail-order game rental service.

Usually, a Redbox machine has around200 DVD movies. Resnik said that kiosks will have one copy of each game and users can go online to reserve a game or find out where the closest available copy of a game is. Resnik said the company feels its $2 per day price is a good deal compared to the usual game rental pricing at other outlets. Resnick thinks that demand for physical product will continue for years to come.

In its own white paper, Redbox says that physical media is the most popular method of video consumption, with 92 million U.S. households either owning a DVD player or a Blu-ray disk player, according to the Entertainment Merchants Association. That’s why physical media is expected to be the dominant way to watch media through 2015. Some analysts say it will be 10 years before digital online media reach the majority mraket share. In 2010, physical media accounted for $16.3 billion in sales in 2010. This number has dropped 27 percent in the past five years, but DVD sales are still the largest single revenue driver for film studios.