Remedy Entertainment, the Finnish developer that brought us titles such as Max Payne and Alan Wake, always shoots high with its narrative-based video games. It is doing so again with its Microsoft Xbox One exclusive game, Quantum Break. But it is also navigating the transition to online and mobile titles. So the company is announcing today that it is adding two new members — Mike Capps, former president of Epic Games, and Christian Fredriksson, chief executive of security firm F-Secure — to Remedy’s board.

Remedy chief executive Matias Myllyrinne said in an interview with GamesBeat that the company wanted to strengthen its board at a time when the game industry is in transition. New consoles are coming, but a lot of the business is shifting to online and mobile games. Remedy has always been a mid-sized game developer with a few dozen employees working on a single major game at a time. But it has quietly expanded to more than a 100 people as it undertakes both a next-generation game and other unannounced work. Myllyrinne said that “the cards are being dealt again,” meaning that the console market is moving into a transition and everything is up for grabs.

Capps says he’s been a fan of Remedy’s games for years and he loves their “commitment to AAA talent and culture.” Though he has retired from an active executive role, he hopes to be a sounding board and advisor for Myllyrinne. Fredrikson said he hopes to contribute advice in running a large business, and he looks forward to Remedy’s next phase in its global growth.

To prepare for that, Myllyrinne is expanding on all fronts. Here’s a transcript of our interview.

GamesBeat: You have two new board members coming. Tell me how this transpired. What’s the reason for it?

A little bit of context — At least from my perspective, the industry is going through an incredible amount of uncertainty and risk, but on the other hand, we’re seeing the cards being dealt again. There are plenty of new opportunities, both from a technological perspective and from a business perspective. For Remedy as a studio, we’re at a stage where we felt it would be beneficial to bring in some more guidance.

We wanted to bring in the skills that would help us and help me drive the company forward. I spoke to Mike. I’ve known Mike for a long time as someone who I respect a lot. His track record speaks for itself. He was very happy to take it on. He knows our track record, but I know he believes we have an even bigger and better future that he wanted to be a part of. 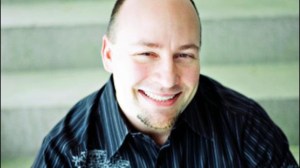 Christian is a well-respected executive here in Finland. He ran Nokia Siemens Networks in Asia for a long time. He has a good background there. He’s been the CEO of F-Secure for about a year and a half now. They do antivirus software. He runs a large, successful company in its field. We wanted to bring Christian on board for the very reason that he’s not involved in the game industry. He may challenge those some of conventions that we take for granted. He’s somebody who can help us build the organization and give us guidance from a company perspective.

Those were the two guys on top of our list. I was humbled that they accepted our invitation to join the board. For me especially, I know that these guys are in high demand. They have loads of other things they could do.

It’s about building a team. Like when you’re building a game development team, you want your board to be a team that has complementary skill sets. You want different perspectives. We have our founders — our founder, Markus, and our lead programmer, Olli — who bring the Remedy culture and make sure that we take that into account. We won’t lose what’s made us special.

We also have Petri Järvilehto, who I worked with on both Max Payne and the beginning of Wake. He went to Rovio to build a little thing called Angry Birds and take that further. When he joined Rovio, they were about 20-30 people there on the games side, and he built it up to about 230 or 240 people in multiple studios. We’re getting a lot of different kinds of input that will help us go forward. 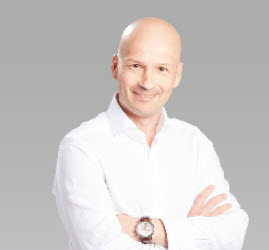 GamesBeat: What about Remedy’s own history here? You’re in the middle of a big console upgrade and doing a big game there, but you also have these parallel migrations going on. There’s the big mobile transition that you and everybody else are dealing with. What makes this interesting timing for your company?

Myllyrinne: I think we’ll look back on this as a time of golden opportunities in the game industry. We’re seeing a lot of different factors come together. On the console side, working with Microsoft on Quantum Break, we’re seeing a convergence of television and interactive entertainment. Linear storytelling and interactive storytelling can be married together without some of the issues of the past. The tools of storytelling have taken leaps forward that allow us to do a lot of things. We can get out of the uncanny valley.

On the other side, we’re seeing brilliant opportunities in the way we consume our media and our entertainment. Thinking of Netflix, HBO, iTunes, Android, XBLA — There are loads of opportunities for us to interact with the audience in different ways. The average play session on an Alan Wake game was anywhere from 60 to 92 minutes. On Death Rally for iOS, the equivalent is three and a half minutes. We’re one of the studios that has been successful in both spaces. It’ll be interesting to see how those start to get closer in the future and where the overlaps are. What kind of content can we create in the digital space? And on the other hand, what are the massive production values and the things we can push forward in the triple-A space with next-generation consoles?

We’re entertaining a wider audience than ever before. That’s very healthy. Also, the industry is shifting, to a large degree, toward a model where a certain size of player can be aggressive and quick, but also have the resources to do quality. Remedy is in that sweet spot where we’re not a huge corporation that has an existing business going. We can be fairly nimble. But we’re larger than two guys in a garage. We have more talent and more technology and resources to deploy, hopefully in a way that means a lot to our audience.

GamesBeat: As I remember, you guys have been pretty small for making console games — 40 or so people while your competition was working with 200 people or more. Do you foresee an expansion happening? I know that Epic went through that transition and grew to hundreds of people. Is that something you have to think about?

Myllyrinne: I don’t think we’re looking at a massive expansion, but to put it into context, while we’ve always been small, small is a relative term. Max Payne shipped with 22 people. Max Payne 2, there were 25 of us. Alan Wake, we peaked at 55 people including contractors and freelancers. Right now we’re at a little more than 100. We’ve about doubled our headcount in the last two years or so. But that’s all been driven by a healthy business. We want to grow in a sustainable way. I don’t see us going into hyper-growth. We want to maintain a certain culture.

We do want to do more, though. We’re doing multiple projects at one time. Even last year, just looking at the games we were able to deliver, we shipped Alan Wake on the PC. We brought American Nightmare to XBLA and PC. Death Rally came out on Android. We were working on Quantum Break. We have a proven ability to punch a little bit above our weight. We have a lot to look forward to and build toward.