It’s been eight months since Microsoft shipped Quantum Break on the Xbox One and PC, and more than five years since Remedy Entertainment started working on the ambitious time travel game.

Quantum Break was a groundbreaking title that combined an interactive game with a live-action film. The game was about the hero’s journey, and the live-action film captured the villain’s point of view. It was an ambitious effort that took four years of full-scale production. During that time, Remedy grew from 55 people to 130, with another 50 outside developers contributing to the project.

We gave Quantum Break a score of 90 out of 100. But many other critics didn’t like it, and the average score was 77 out of 100 on review aggregator Metacritic. Thomas Puha of Remedy gave a post-mortem on the title at the Montreal International Game Summit (MIGS 2016) this week, and I caught up with him for an interview afterward. He wasn’t doing a victory dance, but he said there were valuable lessons.

Puha doesn’t run the show at Remedy. But as communications director, he did a lot of speaking about the game. Here’s an edited transcript of our interview. 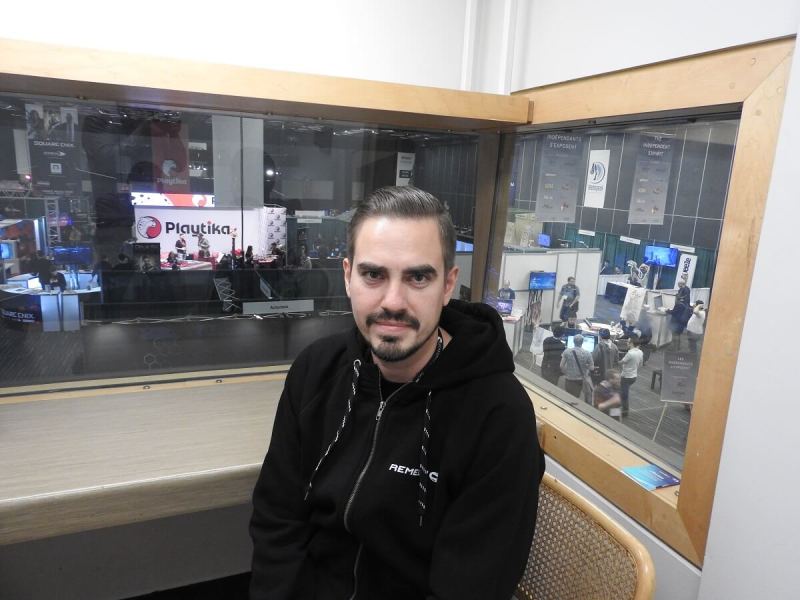 Above: Thomas Puha, communications director at Remedy, at MIGS 2016.

GamesBeat: You guys have had a lot of time to do post-mortems and think about everything. What might be a summary of how the project turned out?

Thomas Puha: There’s no easy answer. One thing, for the last couple of years, that Remedy’s wanted to do is have two teams. We have a lot of reasons for that, a lot of ideas for doing game. In the case of Alan Wake and Quantum Break, they were both very long projects. They turned out fine in the end, but we spent such a long time on them. People burn out. It’s just better to give our developers more opportunities, have a couple of different things in the works.

Everybody at the company wants to ship faster. It’s not like we set out every time to spend five years on a game. We’d like to get our products out there. Quantum Break—in the end, the way we look at it, we were able to pull it off. Microsoft gave us the opportunity to work with the live action. There are lots of positives there, especially with the opportunity to build our technology base and learn a lot. But having worked on two games that took such a long time–Quantum Break was on a massive scale. Dialing back sounds bad, but we want to make something in a bit of a shorter time. Have the same kind of production values, but not spend four or five years on a single thing.

Puha: That helps a lot, when you have a universe and the rules set up. That said, we have a lot of freedom there. That’s one of the things that excited our creative team. But still, we know it’s going to be a first-person shooter with a certain theme. That helps quite a lot, not having to figure out those basics. It’s the first FPS we’re making, though, so there are challenges.

GamesBeat: You have an unannounced title. How do you feel about original IP versus working with brands or things like CrossFire?

Puha: It comes down to the opportunity. Nothing against sequels. We would have loved to do more Alan Wake. In the case of CrossFire 2, a lot of things aligned. But the hope is that it’s our own IP next, something original. It’s very much built on what Remedy is good at, cinematic action, but taking into account how people play games these days, what kind of games are popular.

That’s another thing about spending four or five years on a game. When you get started, the market is very different to what it’ll be like when you ship. If you a ship a bit faster, you’ll hopefully be more current. 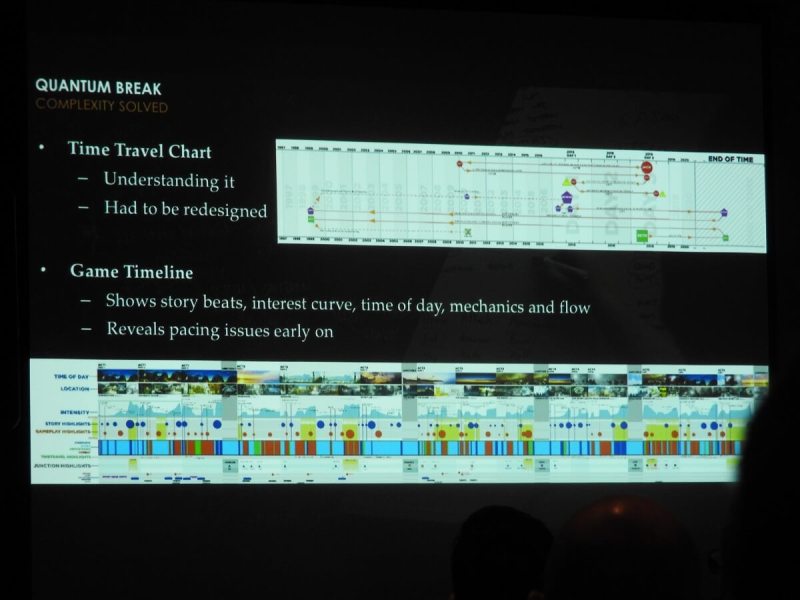 Above: Here’s the complicated timeline of Quantum Break, a time-travel game.

GamesBeat: Quantum Break was criticized a lot for not being what it was originally billed as. Do you think that hurt you in the end?

Puha: Everyone makes up their own mind when you announce something. When you talk about your game the first couple of times on that high level, because you can’t reveal the details, people build something in their mind—but that happens with lots of games. People imagine that it’s going to be one thing, and it probably won’t be.

In the case of Quantum Break, people didn’t know what to expect. We thought we were pretty clear that it was going to be a story-driven action game. That’s what Remedy does. But the live action was definitely confusing. I don’t think everybody got the fact that you get to influence the story. Yes, the ending is always the same, but the way you get there is relatively different. I don’t think everyone understood that.

GamesBeat: How did you guys decide on the live-action? Was it obvious that that would be better or easier than just doing the cinematics yourself?

Puha: That’s one thing I read when the game came out. “Why didn’t they just make the usual cutscenes?” First of all, if we made a 20-minute cutscene, I think people wouldn’t be as interested in watching that. The other thing, making a 20-minute animated cutscene is very difficult.

We shipped the game with very few animators. It’s difficult to find animators in Finland. If you’re in California, you have that history going back to Disney. You have all these schools teaching animation. We don’t have the same kind of access. Lots of things come into play. People might think making cutscenes is easy, and it’s not. If we were to make the same amount of cutscenes, a little over two hours, we would have had to have resources we didn’t have. In some ways live action can be simpler.

Beyond the issues with production, the reality was that as the game focuses on the heroes, when you look at it from the other side, the game can also be presented in another medium. It was something new. Some people liked it. Some people didn’t.

We got to work with an awesome cast. We chose them because they’re great actors, first and foremost, and we can bring their performances alive in the game as well. But of course there’s the benefit that they’re known. They bring believability and hopefully help with marketing as well. 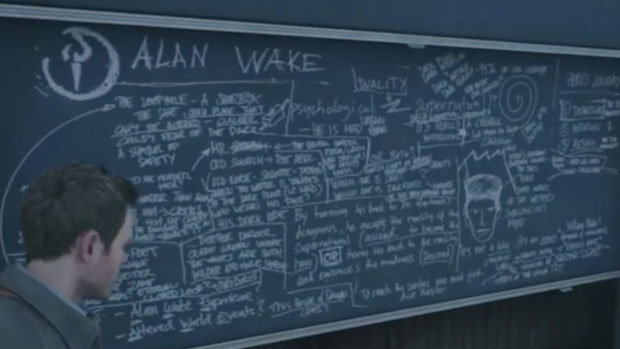 GamesBeat: Why were there so many Alan Wake references if you’re not doing another Alan Wake game?

Puha: [Laughs] Only Sam Lake knows. To me, in the first act, when you’re at Riverport University and there’s that live-action trailer, that’s the main Alan Wake reference. As the game came out, I think we were pretty straightforward about not taking that as a promise of things to come. It’s there as a fan-service kind of thing, a knowing wink. But I do get that it might have seemed a bit misleading.

GamesBeat: There was the chalkboard, the Twilight Zone TV thing … .

Puha: Like I said, it was more a fan-service thing. We knew we wouldn’t get to do another Alan Wake, so we wanted to at least put something in Quantum Break that fans of that game could have some fun with.

GamesBeat: Where did all those theories of time come from?

Puha: Sam Lake and the writing team—originally there was this quantum plotline in Alan Wake that got cut out pretty early on. Then Sam thought about that for a long time and decided that would make for a good game. Hence Quantum Break. Time travel was something that intrigued him and the rest of the writing team. Mikael Kasurinen did a lot of heavy lifting on the story, as well as in Alan Wake. It was just something that interested a lot of our people. Greg Louden, the narrative designer, he was also really into time travel movies and so on.

Early on, the discussion was around how deep we should go. We consulted a physicist in Finland very early on in the project. If there would be time travel, theoretically, what would that require? How would it work? There’s some science behind the way it works in Quantum Break. But really it’s just the imagination of the writers. You start out distilling the core and essence of the story.