AI voice technology startup Replica Studios has launched a desktop app that makes it easier for game and filmmakers to create high-quality voice-over lines and dialogue.

The Brisbane, Australia-based company is one of a number of startups that are using advances in AI to create voice-based products. Replica aims to save studios weeks of expensive voice-acting reshoots and script adjustments.

This may make you wonder if AI will wipe out the jobs of voice actors, but CEO Shreyas Nivas said in an interview with GamesBeat that his company rewards voice actors and that it can help them secure better gigs.

“In a few years, there’s going to be a very high chance that if you hear a voice, it’s going to be computer-generated,” said Nivas. “And it’s going to sound just like a human voice. And the opportunity is there are millions of creators out there creating games, but hiring voice actors doesn’t scale from a cost and a time perspective. This is really that opportunity for them to create with voice technology.” 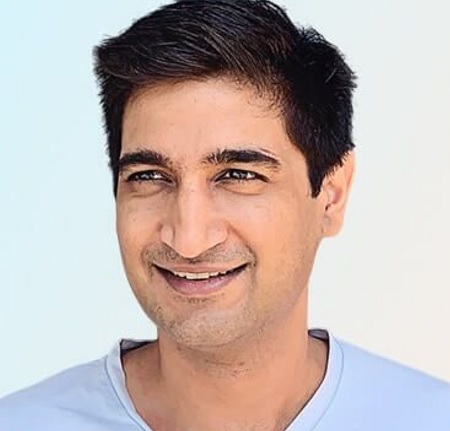 Above: Shreyas Nivas is CEO of Replica.

He said that Replica’s high-quality AI character voices and makes voice production significantly easier for games and filmmakers. What it does is analyze an actor’s voice and then it can produce variations on that voice, making the actor say words the actor didn’t say, or with a different emotional emphasis on words. The actor still gets paid for work, but doesn’t have to come back over and over for reshoots.

Replica’s advanced AI voice software enables more expressive characters at scale by producing synthesized speech from scripts, with easy-to-use style filters that control the mood or emotion of the voice, and more advanced controls to fine tune performance characteristics like pacing and intonation. Additionally, Replica is growing its character library of unique AI voices by working with an ever-expanding pool of voice actors that are able to earn an ongoing rev-share for games and films using their character’s intellectual property.

Today’s app launch news comes on the heels of a beta launch for Replica’s Unreal Engine plugin in November 2020, where game developers and animators were able to explore an easy-to-use voice AI tool for prototyping and content releases. In the three months since launch, Replica reported 16,000 audio sessions and received incredibly positive reviews from the Unreal Engine dev community.

“We’re interfacing really closely with Unreal Engine and Unity. We’ve built this app where you’ve got currently 40 AI character voices that are really suited to games and film. They’re all computer-generated voices. You can prototype some speech and then send that file straight into Unreal or Unity.”

Replica is working closely with game studios to help them leverage voice AI, and has seen more than 120,000 audio sessions in the past three months of its web app, which has now merged with its desktop app into one holistic solution for creators.

Josh Holmes, a cofounder of Improbable’s Midwinter Entertainment, said in a statement that Replica made it easier to rapidly produce voice lines and playtest Scavengers development builds. Midwinter had to iterate on new versions of the gameplay multiple times before it had to record final lines with actors. He said the quality was impressive — so much so that some think the automatically generated Replica lines are actual voice recordings from actors.

Nivas believes this is a powerful tool for creators, game developers, and filmmakers, and today’s launch is paving the way for integration with other next-gen creator platforms such as Unreal Engine, Unity, and Roblox.

Nivas started the company in Brisbane in 2019 and went through the LA Techstars Music Accelerator. In 2020, the company raised $2.5 million in seed funding. Rivals include Sonantic and others. Replica has 10 employees.