Should buying in-game assets from another player be banned as cheating? The answer depends on who you ask.

Game publishers would probably argue that special gear, weapons, or outfits are meant to be earned — thrilling rewards for hours of hard work and participation in-game. Buying those assets outright, they might say, wouldn’t just be cheating; it would be betraying the very spirit of the game.

Consider Fortnite. Generally speaking, curating a decent cosmetics collection requires hours of gameplay and a not-insignificant amount of real-world money. Collecting rare skins can be challenging to the point of impossibility, as the game allocates cosmetics randomly and restricts proactive acquisition to Battle Pass earnings and V-Bucks purchases. Want a limited-time, event-specific asset? You better be at that event, or you could lose your chance forever.

Some might argue that these limitations make in-game acquisitions more satisfying and rewarding. But their argument — that digital assets should be “rewards” for playing — fundamentally misses the prestige aspect of collecting. A Fortnite cosmetics inventory, like a real-world art collection, isn’t just a representation of how hard the collector worked to acquire certain items. The items themselves have value; to dismiss them as mere gameplay prizes is to categorically deny that curation is a core part of the player experience.

Given all this, it’s not surprising that players want to access digital assets through player-to-player trades. Earlier this year, a Fortnite News poll found that nearly three-quarters (73.5%) of surveyed players believed Epic Games should create an item trading platform. But they aren’t holding out much hope — the survey team concluded that despite the interest, Epic likely wouldn’t build a trading system because it could undermine V-Buck sales.

Epic’s financial motivation for avoiding player-to-player trading is understandable; it wants to maintain its grip over Fortnite’s economy. However, in the absence of aboveboard trading options, players have flocked to the black market to buy digital assets. Fortnite accounts cost between $200 and $250 a pop; some can sell for thousands of dollars.

These trades pose a significant problem for Epic. In December, the publisher went as far as to tweet a reminder that buying and selling accounts is an offense punishable by suspension; those who participate in under-the-table trades could lose their inventories forever. Piracy is a problem, too — according to a recent report from Night Lion Security, thousands of stolen Fortnite accounts are sold every year to the collective tune of $1 billion. 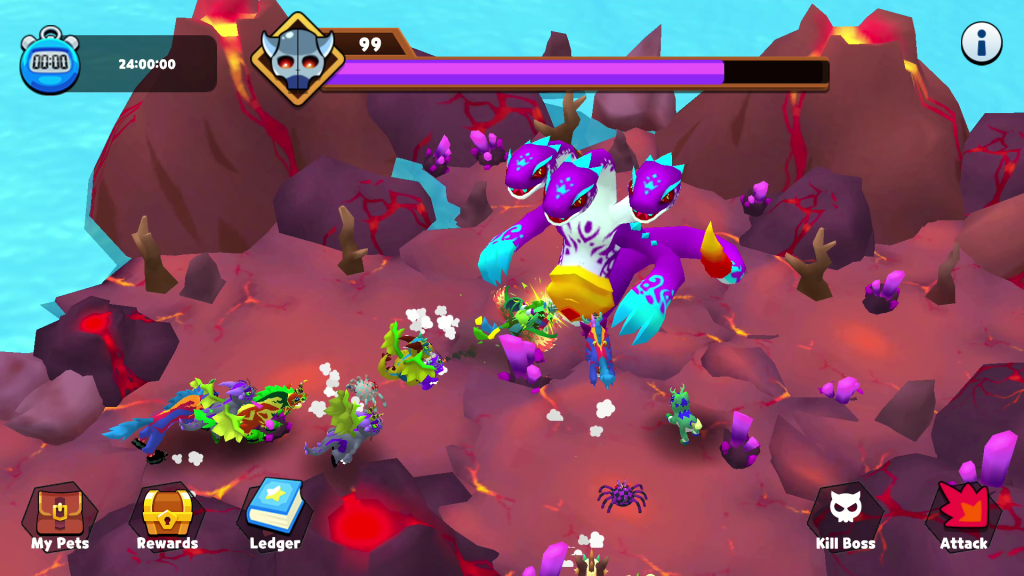 Above: My DeFit Pet is a blockchain game in which players own assets.

Yet the market demand for in-game assets is clearly there, as is player recognition of their value. Gamers spend an ungodly amount of effort and time to build their collections. Shouldn’t they have a means to curate and trade without turning to — or worse, falling victim to — a dangerous black market?

Currently, the answer for most mainstream games appears to be a resounding no. But on the fringes of the industry, DeFi developers may have found a way to facilitate curation and reward player effort through blockchain-based games.

Blockchain-based games, or DeFi games, are games that utilize blockchain-based cryptography. As Adrian Krion described for Nasdaq earlier this year: “The mechanisms of DeFi enable blockchain games to provide players with different ways to make it worth their while and earn rewards. This growing proliferation of monetary benefits is a point of growing interest.”

“Collectible and trading games are some of the most popular genres on blockchain,” Krion pointed out, “in part because they allow players to buy, sell, and trade unique tokens and assets. And with games increasingly creating and issuing their own native tokens, developers are essentially able to construct their own economies and ecosystems, and connect with each other through them, in many cases even across platforms.”

Of course, some might argue that DeFi games democratize game economics at the expense of the game itself. As Dr. Serkan Toto, the founder of an independent game consultancy, recently put the matter for Inverse, “A lot of these games seem to be forced exercises in basically trying to use blockchain and digital ownership and monetization.”

Historically speaking, he has a point. Consider CryptoKitties. In the game, players have the opportunity to buy, breed, and sell cats. But the cats don’t actually do anything; they just loaf around the player’s screen looking (arguably) cute. As a result, gamers face the inverse of the Fortnite collection problem: players can curate, but they can’t play.

This issue is partly due to a disparity in DeFi developer skill sets. Game development and DeFi app development are distinct and thus require niche-specific training. Asking a DeFi developer to build a fun blockchain-based game is a little like asking a pastry chef to cook a main course; the result will be workable, but it probably won’t meet expectations.

But in recent years, blockchain-based game producers have begun to find more balanced footing. When those of us at Kardia Chain began assembling the team for My DeFi Pet, for example, we specifically curated a 50/50 developer ratio — 50% DeFi experts, and 50% conventional game developers.

Our intent with My DeFi Pet was to create a mass-adoption blockchain game that balanced conventional gameplay with DeFi functionality. My DeFi Pet revolves around a core set of gaming activities such as collecting, breeding, evolving, battling, and trading digital pets — it’s an actual, playable game that allows for key aspects of conventional play while still empowering players to take part in its economy.

Of course, we’re far from the only team to make balanced DeFi game development a priority. The leadership team behind Skyweaver, a collectible card game that allows players to own and trade the cards in their digital deck as NFTs, expressed a similar perspective in an article earlier this year.

“First and foremost, you have to get rid of the friction so that the gamer can just get into the game itself,” Michael Sanders, the chief storyteller and cofounder at Skyweaver’s Horizon Blockchain Games studio, said. “The blockchain tech is not that meaningful unless the game itself is enjoyable in the first place.”

Gamers and blockchain enthusiasts alike are at a turning point. Now that blockchain-based games have begun to prove that they aren’t just gamified investment platforms, we could see a boom of innovative games that interweave play and economy.

Going forward, it’s reasonable to think that emerging DeFi games will provide a balanced experience that resolves many of the pain points inherent to both conventional and blockchain-based games. These games will fix the CryptoKitties playability problem by incorporating conventional gaming features into play — and address the Fortnite curation issue by facilitating secure, legitimate trades with blockchain-based technology.

Today’s players want to trade their in-game assets because they, more than anyone else, know their true worth. Isn’t it time the game industry acknowledged their perspective and allowed them to do so?

It seems only fair.

Tri Pham is the CEO of KardiaChain and My DeFi Pet.