Look, I’m a pretty stubborn and obsessive guy when it comes to my classic console games. Whenever someone recommends something to me, I go out of my way to try to find both the original release and the machine to play it on. When I see an old CRT television set dumped onto the sidewalk for garbage pickup, I slam the brakes and toss it into the backseat of the car so I can add it to my pile of backup gaming tubes. When all of my classic consoles are hooked up at once, I’m left with a jumbled system selector matrix that requires a “selection button” code sheet just to turn on a specific machine.

From one perspective on classic gaming, I’m a passionate guy. From another angle, I am fucking insane.

This obsession has also had the side effect of fine tuning my retro-snobbery. Like an audiophile that obsesses over his vacuum tube amplifier to play his miniature warehouse of vinyl records, being handed an iPod: I have scowled and turned my nose up when shown the previous versions of the Retron hardware, which emulates classic consoles such as the Nintendo Entertainment System and the Sega Genesis.

The thing is, being close-minded is a horrible trait to have, especially as a game-industry writer. The retro-elitist in me may have a knee that is prone to violently jerking toward instant and unwarranted rejection of something like the Retron 5, but one reality-check later, I realize that embracing that sort of pomp only impresses posers at best, and makes me an awkward dick to hang around at worst.

So I took GamesBeat’s Retron 5, stuck it in a brown paper bag, and snuck it home. Can this console break my obsessive prejudices against clone hardware? 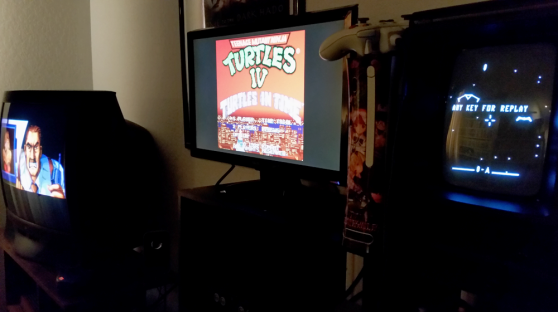 Above: The minimal display set up for covering most video games.

When it comes to hardware, retro gaming is a logistical pain in the ass. The average Ikea entertainment center becomes a battleground in a war for real estate, where the participants are obsolete consoles with an appalling sense of practical aesthetic design. For a good example, ask anyone that wants to play a Sega CD 32X game to take a picture of the evil monstrosity that makes that capable.

You also have to hogtie the spaghetti monster of tangled power and video cords, which all have their own special little design quirks as well. Since every manufacturer has their own philosophy on how far away someone should sit from the console, the varying lengths of controller wires also need to be considered, which can dictate where you physically locate a machine. 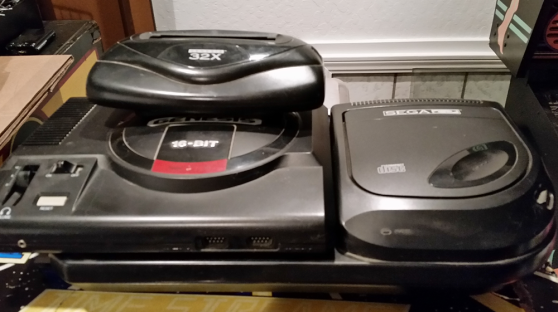 Above: Actually, you know what? You’re going to have a hard time finding someone that wants to play Sega CD 32X games, so here’s a picture of my machine.

The pickiest retro gamer will point out that the number of consoles could be, technically, cut down to six with region adapters and add-ons. If you want to look at the situation that way, the Retron is still six machines’ worth of dangling cords and awkwardly shaped contraptions squashed together into one convenient unit.

The taboo of emulation 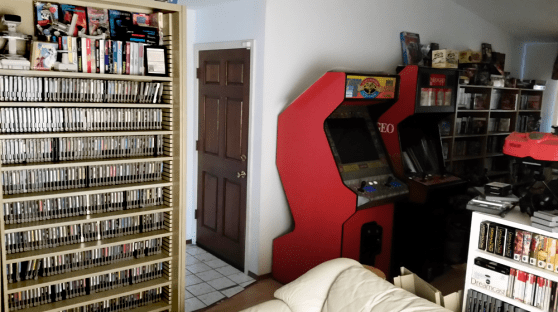 Above: Oh boy…well, I better start digging around for some good test subjects for this console.

The Retron 5 is not supporting all nine of these consoles through some hardware design automagic. It uses a form of software emulation. I’m not completely in-the-know on how the Retron 5 is handling this, but it is definitely dumping at least some, if not all, of the contents of the cartridge into memory.

Removing the cartridge from the console (which grips onto the cartridge for dear life) in midplay will freeze the game and cause the Retron 5 to complain. I have a feeling this feature is more as a form of security for IP owners, ensuring that the machine is not just another gray-market ROM dump product and that people actually own the games they are playing. I bet it’s less about console using the cartridge during gameplay.

The insanely hardcore player base will find the emulation concept of the Retron 5 blasphemous, which is not necessarily coming from a place of loony eccentricity. Accuracy is a problem that has plagued video game emulation since its inception. No one wants to pop in Super Mario Bros. for the NES just to have the action lag in an unnatural spot or to have the graphics glitch out in weird areas.

It will be unfortunate, however, if the hardcore shun this unit just based off of emulation’s bad reputation. In my testing so far, I have not run into any glaring accuracy problems with some of the more popular, normal cartridge releases. Normal, in this case, pertains to the majority of games in a single library that uses the average cartridge type — the sort of titles that did not use any special chips or funky hardware add-ons to help run the game. 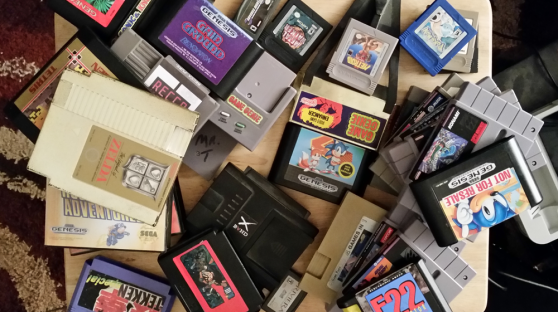 Above: Just a small sampling of the games I threw at the Retron 5

For shits-‘n’-giggles, however, I decided to also toss a handful of specialized and weird cartridges at the Retron 5 to see what would happen.

For example, Sonic and Knuckles for the Sega Genesis ran fine as a standalone game, but it would not recognize the game’s “lock on technology,” aka piggy-backing Sonic the Hedgehog 2 or 3 on the special cartridge slot on top of Sonic and Knuckles in order to receive additional content.

I also tried tossing a Sega Genesis version of the XBAND at it, which is a ’90s era modem for one of the first console online gaming services. The Retron 5 did not even try to recognize that thing.

Next, I tried two different versions of the Game Genie (NES and GameBoy), which the console did not recognize at all. Boktai: The Sun is in Your Hands for the GameBoy Advance booted up, but it had a conniption and froze when it came time to use the UV sensor.

I had some shaky, yet more successful, results with some bootleg Famicom, NES, and GameBoy games that I have confirmed working in other consoles. It was hit-or-miss, but let’s give the Retron 5 the benefit of the doubt here. Bootleg cartridges aren’t known for their reliability.

I had greater success with a couple of reproduction NES carts I had laying around, specifically Recca Pure and Sweet Home. The Retron 5 didn’t officially recognize them, but it still happily dumped the games into memory and allowed me to try playing anyways (which worked just fine). StarFox for the Super NES, a cartridge that used the Super FX chip to compliment the Super NES hardware in order to render 3D polygons, worked just fine.

I realize that some of my experiments are ridiculous. No one is going to be seriously trying to play on the XBAND service in 2014, but it’s worth noting for the completist out there that is going to want to try out some of the fringe stuff.