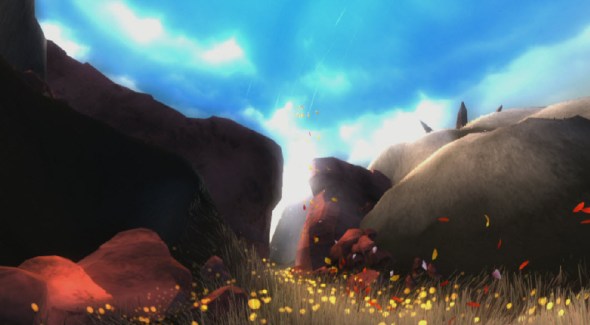 If you took the most beautiful scenery in mega-hit video games such as Halo 3, Gears of War 2, and Resistance 2 — and then brought that scenery to the foreground of the game — it wouldn’t hold a candle to Flower. 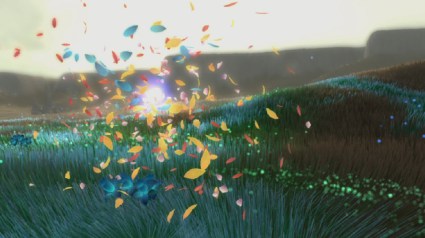 This three-hour game, which you can now buy as a $10 download on the PlayStation 3’s PlayStation Network, has some of the best graphics in a video game. The premise is simple, but unique. The game opens with a scene of a homely flower in a pot by a window, overlooking a drab city. The flower has a dream of being in the wide open spaces, and you as the player are the wind in that dream. You can blow throw 200,000 individually swaying blades of grass and bring vivid color to the gray world as you do so.

Thanks to those blades of grass, this is perhaps one of the few games that fully exploits the processing power of the PlayStation 3. My daughter Tanya thinks that Flower’s graphics are the best she’s ever seen. Like Sony’s other creative title, LittleBigPlanet, this is exactly the kind of game that Sony has to bring to market in order to broaden the audience for its third-place game console, which trails behind Microsoft’s Xbox 360 and the Nintendo Wii. The game will be available for download on the PS 3 on Feb. 12. 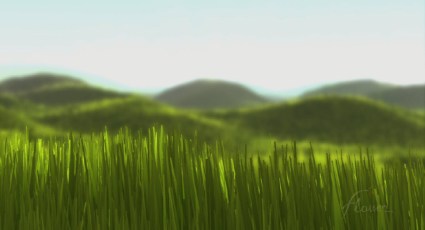 We noted in our earlier preview that Flower was a breath of fresh air in an industry full of Hollywood blockbuster-style sequels. It’s unique for its lack of violence and familiar genre. I finished playing this all-too-short game, and it lives up to its billing. It is unique in that it brings the environment to the forefront, raising our own awareness of human impact on nature, and it dips into a fantasy about how we can rescue the fragile beauty that surrounds us. While many games are starting to pound this message home, Flower manages to convey it without sermons — in fact, without any words at all.

It is the product of Jenova Chen’s thatgamecompany, a small Santa Monica, Calif.-based game studio that has made imaginative hits such as Cloud and flOw. Chen said in an interview that the company worked for a long time to get the “character” right. At first, it was a physical consciousness with a presence in the game. But then they changed it to an invisible consciousness embodied in the concept of wind. You can change the view and speed of the wind, but you only see its impact on the environment, not its actual self. You can visualize the wind because you pick up flower petals along the way as you move over flowers. 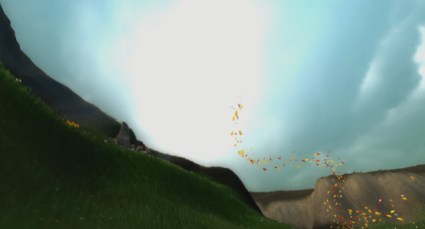 The PS 3’s Sixasis controller’s motion sensors let you tilt the controller to change the direction of the wind. You hold down any button to speed up or slow down. It’s so simple that pretty much anyone can play this game. (It is a little harder to turn around and go back than it should be, but that’s not a huge hurdle).

As the wind, you can soar as if you were on a rollercoaster, speeding through the environment, or move along as a gentle breeze. You can pretty much go anywhere, although there are set goals you have to accomplish in each level. How you do each goal, or in what order, doesn’t matter. You find flowers and breathe life into them. 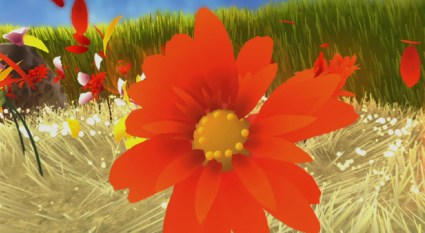 When you complete one sequence of the dream, you get cool visual rewards that amount to an explosion of nature. Then you return to the drab window sill, which bit by bit starts looking more inviting. A new flower pot appears and then you go off into a new dream.

It’s quite possible that some people will go “wow” at the graphics of the game and then after five minutes, get tired of it. But there are a couple of hooks that kept my family going. We liked the soundtrack because it conveyed the emotion of the scene. The game’s path clearly led you from one part of the journey to the next, so it was never really hard to figure out what you had to do (except for one area that was more like a deliberate maze). 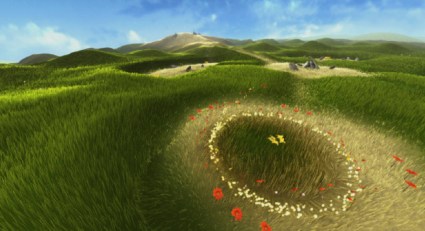 And since Chen was a film student, the game has its emotional arc. You go through ups and downs. Even though there is no dialogue, there is a story. And you want to see that story through to its conclusion. The developers manipulate your feelings through the environment: the time of day, the pace and tone of the music, the use of color and black-and-white, and light and darkness.

It takes you to a primal emotional level, like you feel when you watch a good IMAX nature film. Some people might very well find this boring since there are no guns and no fast-action button-mashing. But I see it as a breath of fresh air.

(Please check out the link to our GameBeat 2009 games conference coming up March 24.)

Here’s the video we took of the Flower demo.
http://vimeo.com/moogaloop.swf?clip_id=2977473&server=vimeo.com&show_title=1&show_byline=1&show_portrait=0&color=&fullscreen=1