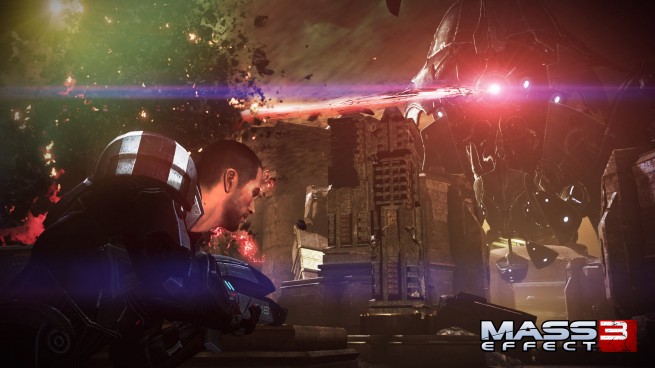 Mass Effect’s finale has been a long time in the making. Commander Shepard and developer BioWare have taken players on an interactive odyssey whose quality is rarely seen in video games, and impossible in any other entertainment medium. That alone infuses the third and final entry in this epic space saga with copious amounts of anticipation and nostalgia. But as George Lucas has taught us, high expectations and benefit of the doubt are two extremely dangerous practices.

Graphics
The entire Mass Effect trilogy uses Unreal Engine 3 to fuel its visuals. BioWare has made particularly excellent use of the engine, creating stunning interplanetary vistas and some of the most fascinating alien races in science fiction. Mass Effect 3 is no different, only now the art team has really taken the opportunity to let the engine and all of their hard work shine in massive set-pieces. Shepard and company will travel to an assortment of worlds in the midst of an all-out Reaper invasion; at any given time it’s entirely likely that you’ll look to your right and see miles of destruction, collapsing skyscrapers, fighter ships soaring overhead, and 160-meter tall Destroyer-class Reapers annihilating everything in sight. There were a few instances that evoked a sense of war that I haven’t felt since Saving Private Ryan.

The asari and drell are highlights in a gallery of immaculately-designed alien species. If I cared more about art I would storm into the Museum of Modern Art, tear down all of the Jackson Pollocks, and put up a framed screenshot of Samara and Thane Krios. While human characters are not quite as masterfully realized, even after 30 hours of gameplay (or 90, if you count the entire trilogy), seeing my Renegade FemShep’s glowing red eyes piercing out of the darkness as she decided the fate of an entire galaxy never got old.

“There were a few instances that evoked a sense of war that I haven’t felt since Saving Private Ryan.”

Hybrid gameplay
BioWare, renowned for its role-playing games, somehow does tactical squad-based shooting better than most traditional squad-based shooters. Mass Effect 3 employs an elegant simplicity in its gameplay, where a squad of three can be commanded easily and concisely with an Xbox 360 controller. Key powers are allocated to face buttons for instant use, while the game can also be slowed to a crawl at will, allowing you to plan out a series of squad actions before unfreezing time via the power wheel.

The third-person shooter element incorporates special powers that help distinguish Mass Effect 3 from other games featuring cover and similar weapon types. Biotic powers are especially distinctive, creating miniature blackholes that suck up any nearby unarmored enemies. A second biotic power shot into the middle of the blackhole will cause it to explode, damaging opposition in the vicinity and propelling their helpless bodies in all directions. Abilities such as Shockwave can pass through cover, allowing you to get to otherwise protected targets, while Pull can rip the shields out of Guardian class Cerberus units’ hands, rendering them vulnerable to weapons fire. It also seems BioWare was playing a lot of StarCraft 2 while developing Mass Effect 3, as each power now has multiple branching paths when leveling up, prompting some difficult decisions about how you want to evolve your abilities.

As with previous instalments, Shepard can choose between six different classes, mixing and matching weapon proficiency, survivability, and biotic and tech powers. Weapon limitations have been removed altogether (for Shepard only), so an Infiltrator can use assault rifles and shotguns if they so desire. However, each weapon now has a weight attribute, and the more weight Shepard is carrying, the slower powers will regenerate. I eventually just carried a single weapon into most missions, giving my Adept Shepard a 200 percent power regeneration bonus.

But no matter what Shepard build you come up with, you’ll need backup. That’s where your squadmates come in, as having comrades that compliment your strengths and limit your weaknesses is imperative. It would have been preferable to bring along three teammates rather than just two, a personal pet peeve throughout the entire trilogy (and most JRPGs), especially considering Mass Effect 3’s multiplayer allows for squads of four. Unfortunately, it’s almost a moot point now as Mass Effect 3 has less than half as many squad member choices as Mass Effect 2 did, but we’ll get to that momentarily. 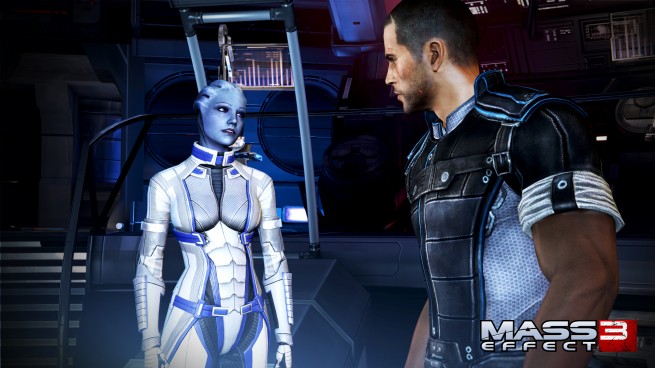 Auto-fish-feeder
In Mass Effect 2, I spent a ton of money on fish. Why? They kept dying. I forgot to feed them between missions, or I filled their tank with a year’s worth of food knowing that I’d forget the next time I was on the Normandy. I was also super-mean to Kelly Chambers, so she didn’t want to do it for me. Either way, my exotic space fish became worm food (irony!). So I was quite happy to find an automatic fish feeder available for purchase at a Citadel shop in Mass Effect 3. But that’s really just a minor example signifying the extra little touches that BioWare put in to the game.

There are a few nods to memes spawned from previous games that longtime fans will undoubtedly find amusing, and Shepard seems to have become aware that he/she is a ridiculous dancer. I got a laugh out of that one, and appreciated BioWare making fun of themselves. I was particularly happy to find Mass Effect 2’s pre-order armor available for purchase at different weapon shops, and the ability to customize when helmets did or didn’t appear. They may be small things, but they can go a long way, especially when so few games take the time to add them in.