This holiday season, mobile gamers will get a chance to do something they’ve never been able to do: play console games on smartphones and tablets.

Last week OnLive – the cloud-gaming company which streams games rather than playing them natively – released an app for Android (the iOS update is still pending approval from Apple) for use with smartphones and tablets. The mobile service functions much like how OnLive streams high-quality games-on-demand to desktop computers and laptops. But now the service has been tuned to work with Wi-Fi or 4G-connected mobile devices, which typically have much less capability and bandwidth to run a high-quality game.

Users can play a total 24 games with touch-controls alone, or the entire library of OnLive’s 186 games with a new Bluetooth-enabled controller, all on select Android smartphones or tablets. And at some point, users will be able to play on the iOS devices as well.

I’ve spent the last week testing the OnLive service across Los Angeles on all four major cell providers: Verizon, AT&T, Sprint, and T-Mobile, on each of their respective networks (Verizon on LTE/CDMA, AT&T on 4G and 3G, Sprint on 4G and CDMA, and T-Mobile on 4G and 2G). For the purposes of this article, 4G will signify HSDPA/HSPA+, and all 3G networks will be branded 3G. OnLive did not run on networks slower than 3G. Tests were also done on various Wi-Fi networks, since the now-ubiquitous nature of OnLive will allow users to enjoy free Wi-Fi gaming on their phones and tablets outside of the home.

I did the tests in two ways: while stationary and while driving (up to highway speeds). Stationary tests include using OnLive in different locations with different signal strengths, from one bar to the maximum number of bars (which differs between carriers and phone models). Phones and tablets tested includes the following: 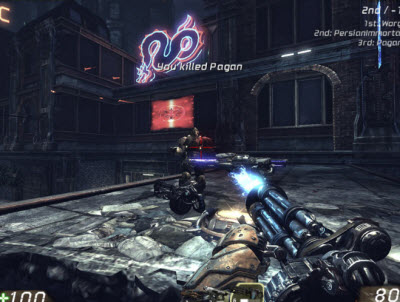 While OnLive only recommends select Android devices (and all iOS 5 devices once the app is available), in my tests the only requirement for any Android phone to work is a standard 4G antenna. Reports of certain phones not working have come up, but the app is available to all Android phone owners and works on the overwhelming majority of devices. According to OnLive CEO Steve Perlman, every phone handles decompression of the video signal differently, and only the recommended devices listed here have specific algorithms that OnLive has developed for optimal results.

“We use a different compression algorithm for different networks,” Perlman added, which results in slightly different results on all cell carriers. However, to ensure the best quality of game play, “the compression algorithm changes every 4 milliseconds.” Every phone and every network acts differently, so this method stabilizes the signal across all phones and carriers. Finally, using the new Wireless Controller does not affect data speeds unless, according to Perlman, users connect multiple controllers to a single device.

I tested with three games specifically, though bounced on and off of others to make sure they worked just fine. The three were Mini Ninjas, Darksiders, and Unreal Tournament 3. Mini Ninjas and Darksiders are both titles that use virtual gamepads to play, and require no external controller. The former is a slow-paced arcade action game, while the latter is a medium-paced action/adventure title. UT3 is a fast-paced first person shooter that requires an external controller, and is the most difficult game to play through OnLive because of just how fast the game is, even using a wired connection.

A game like UT3 is extremely stressful for cloud gaming because milliseconds matter. A fast gamer will be able to tell when they click the mouse button if the trigger pulled immediately or not. Darksiders and Mini Ninjas are both easily playable over Wi-Fi with no perceptual slowdown whatsoever.

Here’s are the results of my testing per carrier: 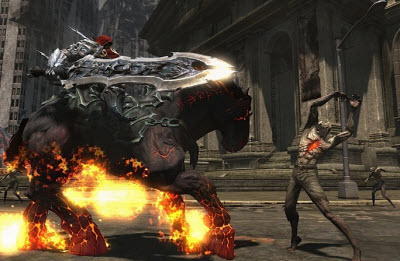 Verizon – Yes for LTE, No for CDMA

LTE networks are the fastest available today, with speeds ranging from 20 megabits per second (Mb/sec) to 60 megabits per second. OnLive requires only 1 Mb/sec to run, though recommends at least 5Mb/sec. On Verizon’s LTE network, average download and upload rates far surpassed OnLive’s requirement, and gaming quality over Verizon’s LTE network is superb. On the HTC Rezound, Motorola Droid Bionic, Samsung Galaxy Tab 10.1, and all other devices used with an LTE hotspot, the quality of games played was on par with high-speed home Wi-Fi.

With Verizon’s LTE, it didn’t matter if games were played while stationary or driving. Speeds while traveling had no noticeable impact on game play, though there were occasional stalls when driving. This is presumably due to jumping between cell towers, though Perlman told me that LTE networks are highly efficient, and there are many possible reasons for game play stalling abruptly, such as the signal bouncing around a building.

However, over Verizon’s LTE, OnLive was both playable and enjoyable, both with and without a controller. In my testing it never dropped a signal and only momentarily paused. The visual quality is excellent; video compression is smooth and almost impossible to see. Gameplay is extremely low-latency. Button presses are instantly read and, even with the occasional sputter, there is never any lag or a drop in quality. Even with a poor signal, LTE provides a high-quality gaming experience. I actually had more success over LTE in UT3 than over my home Wi-Fi, which seems absurd. Then again LTE in some areas locally is 5x as fast as my home internet.

Because Verizon’s LTE network is still fairly limited, when devices go out of range they switch over to the CDMA network, which is significantly slower. Using all of the Verizon handsets on CDMA is, except under perfect conditions (with a great connection and not moving), unplayable. CDMA doesn’t have the bandwidth capacity to really support streaming gameplay, mostly due to slow upload speeds. When in a good location with a strong connection, it’s possible to play games, but the video quality is very poor, and button presses can and often do lag.

Case in point, I played Darksiders while in the car driving on a freeway. The play experience was fine; smooth, quick, with only occasional sputters. But as soon as I lost the LTE signal, the game stalled for 5-10 seconds, and OnLive’s system kicked in and paused the game to wait for a better signal. Because Darksiders relies on checkpoints or saves, I lost some data, but was able to resume the game without concern later on. 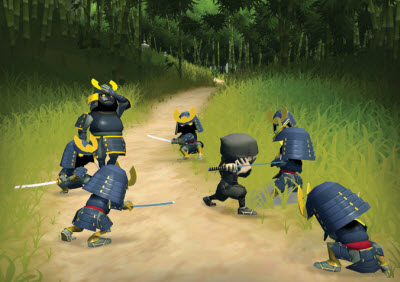 Though AT&T’s LTE is not yet available in Los Angeles, 4G is. 4G is available on a small number of handsets, including all AT&T devices listed above, as well as the iPhone 4S. Most older US-based GSM phones do not support 4G, though utilizing the network does not require any new technology. European handsets have used the technology for over three years.

Over 4G OnLive is both playable and enjoyable. It doesn’t match the fluidity and visual acuity of LTE, but for game play that’s a moot point. Because 4G required only minimal change to AT&T’s current infrastructure, the network is universal nationwide: if you have a 3G connection, then you have 4G too. When Verizon phones when out of range of LTE, AT&T models continued playing without experiencing any lag or stalling.

Both stationary and when in motion, 4G on AT&T proved to have good to great quality for OnLive gaming. Video quality is very good, there is minimal lag, and the overall experience is low-latency. While it’s not quite as good as on Verizon’s LTE network, AT&T with 4G is the only carrier that I can recommend playing games through OnLive for car rides consistently, with a 4G-ready device. However, fast-paced games like UT3 showed some strain, mostly because of the amount of upstream bandwidth required for all of the button presses. Considering UT3 is one of just a handful of FPS titles currently available through OnLive, this slowness isn’t as big a concern as it may seem. Then again, pulling the trigger 50 times and only getting 45 shots is a problem, especially if you’re playing against friends online.

On 3G, just like with Verizon’s CDMA, the quality is exponentially worse, and it isn’t playable except with a good connection and not moving. AT&T is the only network where it was actually difficult to find areas with one or two bars, or generally poor reception. There are holes in the network, but they are generally very small and limited to canyons and rural roads, by the coast. In general, with poor reception OnLive will pause game play until the phone/tablet picks up a stronger signal.

AT&T, however, is also the only carrier that had could not connect to OnLive’s servers 25 percent of the time. This is likely due to data overloads at local cell towers, because it only occurred during high-peak times and only in certain locations. I found no evidence of this on any other service provider.