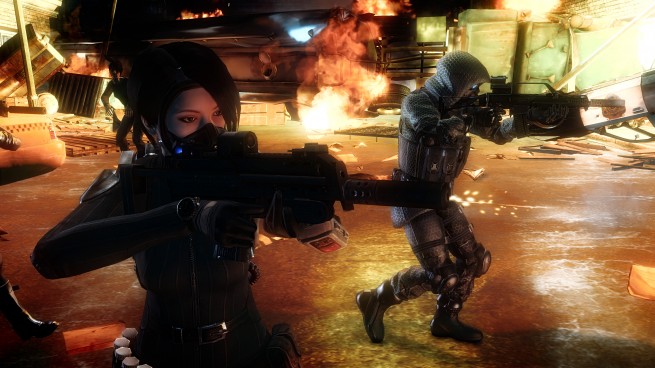 From the moment Operation Raccoon City starts, you know you’re not sitting down to the typical Resident Evil experience. The title screen music is a remix of one of the franchise’s most familiar themes, seemingly as a throwback to Marilyn Manson’s edgy take from the first film’s soundtrack. It’s faster-paced and more synthesized than Resident Evil generally tends to be, and deftly represents the game you’re about to play.

Unfortunately, the title screen is the only thing in ORC that isn’t riddled with imperfections.

Diverse multiplayer
The entire campaign can be completed in roughly 3-4 hours (there are only seven chapters averaging 30 minutes a pop). Like with Halo or Left 4 Dead, part of the fun is going back and trying to master the hardest difficulties with friends. There are a handful of Achievements specifically for doing precisely that, so you’ll definitely get some decent mileage out of the story mode. You will need friends though, as the Umbrella Special Services (U.S.S.) squad’s artificial intelligence is completely useless. Though either way you’ll also get a lot of frustration out of the game’s annoying boss battles, sadly.

If you prefer competitive over cooperative, ORC has a lot to offer for up to eight players (four-on-four). Team Attack is the typical team deathmatch mode, but with zombies acting as the secret sauce. The inclusion of the walking dead throws a constant wrench into standard versus gameplay, as they’ll occasionally grab you at the worst possible time, or infect you with the T-Virus (which then allows you take to friendly fire), or a hunter will pounce on you as you’re attempting to flee from or chase down an enemy player. This is true across all of the multiplayer modes, and even though the zombies can often be avoided or outrun, just knowing they’re there adds an important layer that helps differentiate this game from others. 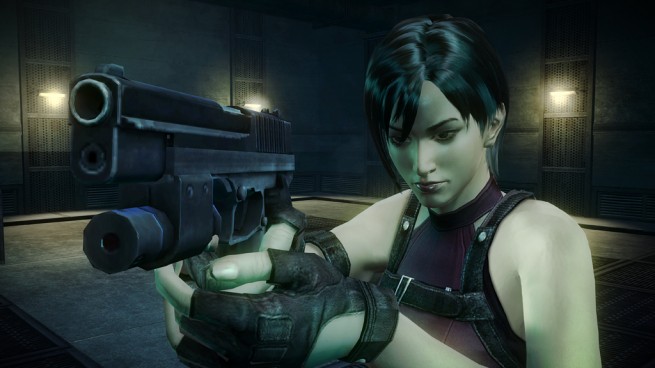 Heroes mode pits the likes of Leon, Claire, and Jill against Nicholai, Hunk, and Ada. The objective is to wipe out the other team’s hero characters. Once a hero has fallen, that player will then respawn as one of the weaker U.S.S. or Spec Ops choices to lend support. The heroes are a little too resistant to damage though, as you can repeatedly hammer on them with headshots from a heavy machine gun or grenade launcher, or knife them for two minutes straight, and they won’t go down. They should be tough, sure, but I’ve had firefights where both teams needed to go refill their ammo multiple times because it was taking so long to kill each other.

Heroes mode can be an interesting change of pace from the rest of the modes, but I think I enjoyed Survivor the most. In Survivor, your task is to wait for a helicopter that arrives at a pre-ordained landing zone several minutes into the match. Once it touches down, four players can try to get on board and escape, but only four, and the survivors are not restricted to a single team. That means it may be all about teamwork at first, but when there’s only one seat left on the helicopter, you may have to leave your comrades behind. Perhaps you accidentally throw a flashbang at them in the chaos to get to the chopper; who knows? Dead men tell no tales….

Distinct visuals
Raccoon City has never looked quite so bad-ass. While I don’t foresee any Best Visual awards at the end of the year, the dark aesthetics of a city in ruin are executed well enough. Each stage is adorned with dismembered bodies and shiny entrails, and the developers certainly love to set everything on fire. But when your fire effects are good, you might as well take advantage of them. 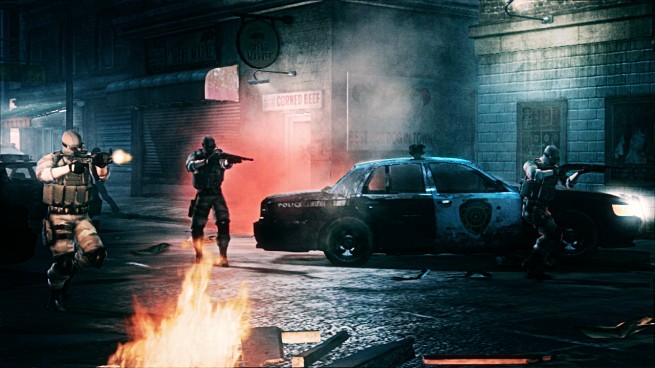 The character designs are also a serious draw, as the U.S.S. team members have a unique, villainous military style to them. The Spec Ops members are a little more bland on the other hand, as are a lot of the enemies, while the hero characters are all almost pitch-perfect. It makes me yearn for that Resident Evil 2 remake Capcom promised and never delivered on….

Can be enjoyable
Despite its flaws, which you will read all about on the next page, ORC can provide entertainment. I wouldn’t call it a “love it or hate it” game so much as maybe a “hate it or put up with it because you already paid for it and it’s Resident Evil,” but it definitely has its moments. It really is an amalgamation of Left 4 Dead, Resident Evil, and SOCOM, which makes for a pretty compelling experience that I’m glad exists. I just wish it had been done a bit better.