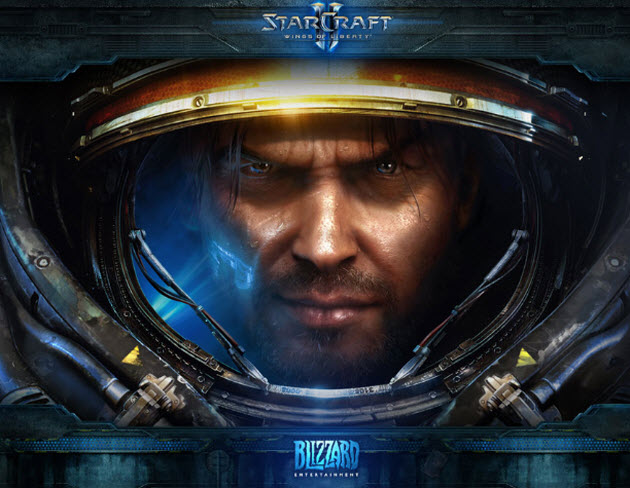 If you’ve noticed a drop in productivity among your workers lately, you might trace it back to the July 27 launch of StarCraft II: Wings of Liberty. The sequel to the original StarCraft came out 12 years after the first game debuted, so the game’s addicted players might be forgiven for their binge gaming. These poor gamers, including me, have been stuck in the video game equivalent of Waiting for Godot, enduring the longest of waits for the best of all games. 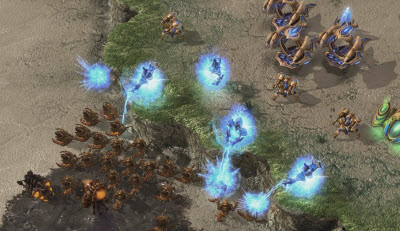 StarCraft has a special cult of followers that no other game can claim to have. So long after its launch, it is still the equivalent of a national sport in South Korea, where professional gamers compete in tournaments on national TV. Most other games, including those that have sold more units than the 11 million StarCraft has sold, hit the dust bin after about six months of play or less. I’ve finished the single-player campaign over a leisurely pace in the past month, and I am also busy playing multiplayer sessions. But I suspect there are a lot of gamers who haven’t tried it yet and are sitting on the fence. If you’re in the second wave of possible fans, the game is definitely worth your time.

This new game is squarely within the genre of real-time strategy, where you create units to collect resources. Then you spend those resources on buildings that manufacture your armed forces. Once you build up your defensive and offensive forces, you send swarms of attackers to overwhelm your enemy’s base. It’s pretty simple, but the original StarCraft was well executed. StarCraft II is even better, in my opinion. I played the game on a PC with a 3.2-gigahertz Intel processor and an Nvidia Fermi-based graphics card. You can theoretically play it on a much lesser machine. It worked fine and never crashed on me. The graphics look beautiful, even though view is way above the battlefield action, in bird’s-eye-view style at an angle. You can see waves of soldiers from above, but nothing up close. 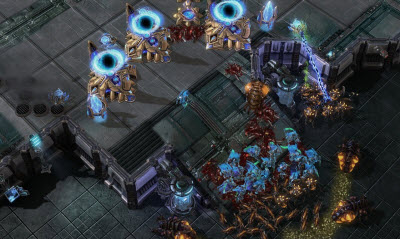 Sales were brisk out of the gate, with more than 1.5 million players buying the game in its first two days. The game cements the reputation of its creator, Blizzard Entertainment, as the progenitor of outstanding entertainment in an age where it’s very easy to cut corners on game quality. Blizzard certainly did not take 12 years to finish this game, as it had to use lots of resources to deal with the success of World of Warcraft. But it had the patience to do Starcraft II right, to experiment and start over, and to release the game only when it was clear that it was more fun than its predecessor. This discipline could very well pay off, as at least one analyst estimates that StarCraft II could generate $350 million in revenues this year for Blizzard and its parent company, Activision Blizzard. 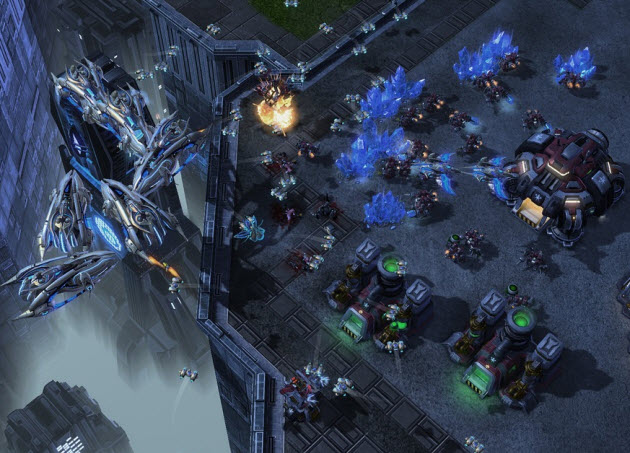 I am one of those millions of original fans who has played the sequel regularly since its debut. I still fondly remember the online StarCraft games I played with a small circle of friends; and I’m looking forward to renewing those ties via StarCraft II, now that many of those friends have grown up and started their families. None of those old friends have as much time to play as they used to. I’m in the same boat there. But StarCraft II is one of the few games I will lose sleep over. 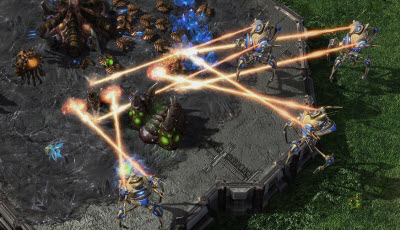 On Metacritic, a review aggregator, StarCraft II has scored 93 out of 100. That means universal acclaim. It is so good that the game will likely single-handedly revive the sales of PC games, which have been losing out to both console games and social games on the web. I give the game a 98 out of 100 rating, which is the highest rating I’ve given for a game this year. To me, this game is more polished than the epic Western game, Red Dead Redemption, which I gave a 97 out of 100 when it debuted this spring. The reason I have given the game such a high rating is that it does what no other real-time strategy game has done. It tells an immersive, movie-like story that creates an emotional reaction because you grow attached to the characters in the game.

In the long single-player campaign game, you play the human side in a three-part galactic war. The so-called Terrans, who have high-tech weaponry and Marine-like grit, have squared off against the insect-like Zerg and the mystical and technologically advanced Protoss. Against that backdrop, the story of Starcraft II focuses on Jim Raynor, who leads an insurrection against the Terran dictator Arcturus Mengsk and his Dominion forces. Not only do you fight against the Zerg and Protoss, you also have to fight Terran forces in a civil war. It’s funny to listen to the pro-Mengsk propaganda newscasts as the war progresses. 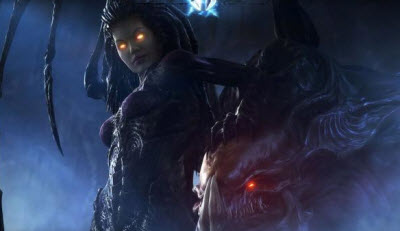 The emotional side of the story involve’s Raynor’s old flame, Sarah Kerrigan, who was captured by the Zerg and turned into a hideous, spider-like monster, The Queen of Blades. She has become the leader of the Zerg forces, and Raynor has to deal with his feelings for what she once was as he prepares for a final showdown with her. The question is whether there is any Kerrigan left inside the queen.

You spend much of the time aboard Raynor’s ship, the battlecruiser Hyperion, which serves as the launching point for missions. You visit different parts of the ship to uncover plot elements and make campaign-level decisions. You visit the laboratory to investigate new scientific developments. You buy new weapons in the armory with points you earn with each new battle. You can fulfill missions by invading planets, but you can choose which planets you will assail first. The battles are fun because the forces of each side are so well-balanced. You have to balance the tasks of mining resources, protecting your base, expanding your base to find new resources, and then taking the offensive when you are strong enough to take the enemy down. The Terran, Zerg, and Protoss enemies are also very well-balanced, much like the old “rock, paper scissors game.” For every effective weapon or vehicle, there is a counterpart that can take it down. 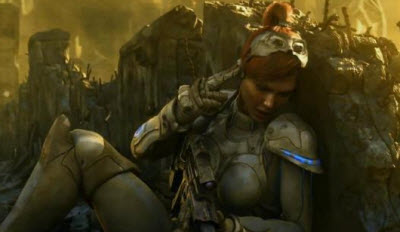 Each new mission is accompanied by a cinematic animated film that advances the storyline. These animations are as good as any I’ve seen depicting human characters and their faces; they’re easily as good as the animations in the final Fantasy games made by Square Enix. One example of the depth: Blizzard used 58 voice actors to act out the dialogue in the game.

The emotional intensity heats up as the war with the Dominion hits its climax and the battle with the Queen of Blades leads to the incredibly infested home planet of the Zerg. I played the last battle more than 10 times, as it was very difficult; but it was also so fun I didn’t want the game to end.

The game ends on a note of emotion, though it leaves room for a third game, as there are some plot elements that remain unresolved. That is why it is no surprise there are two expansion packs already planned for the game: Heart of the Swarm and Legacy of the Blade.

One of the most interesting side paths in the game is where you assume control of Zeratul, a Protoss warrior who reveals to Raynor some of the secrets he has discovered in combat with the Zerg. The mission where the Protoss square off against the Zerg in an all-out last stand is one of the most fun missions I’ve played in any game.

I expect this game will have longevity because its depth really comes out in multiplayer. I thought I got to be pretty good at the game during the course of the single-player campaign. But human enemies have torn me apart in the multiplayer one-on-one sessions. I have lost many more matches than I have won. But each loss happens in a very different way. There are so many ways to launch surprise attacks in the multiplayer combat that it’s hard to defend against every possible kind of ambush. 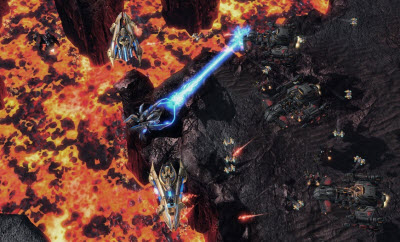 One player launched an early Zerg rush attack on my base and I was too slow to realize what was happening. Instead of going after my soldiers and mining units, it went after my communications base itself. I didn’t have enough resources to rebuild the base, and so I had to surrender after just a few minutes of play. That was embarrassing. But if you always defend against that kind of attack, you can become vulnerable to other kinds of attacks. It takes a while, but you have to develop a mindset of simultaneously defending and attacking to do well in multiplayer games.

The new Battle.net online service works great. The matchmaking service can find an opponent quickly and get you into a game within seconds. The more you play, the more you advance up the competition ladder. My only complaint is that it is too easy and painless to surrender in a multiplayer match. As soon as your opponent realizes that you have outsmarted him or her, the surrender comes fairly quickly. That denies the winner the satisfaction of completely crushing the rival’s forces.

For those who want to extend their game experience even further, there is a map editor you can use to create your own battlegrounds for multiplayer combat. There could be years of game play in this game, but hopefully it won’t take another 12 years before Blizzard comes up with StarCraft III.