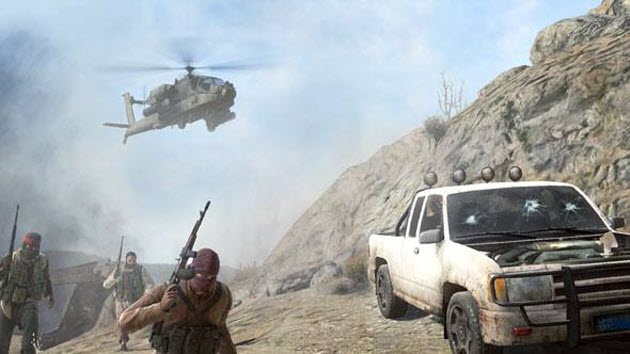 Electronic Arts chief executive John Riccitiello trumpeted the success of Medal of Honor this week, saying the game generated more revenue than the much-talked-about movie, The Social Network. The Afghanistan war combat game has sold 1.5 million copies and generated $100 million in revenues, he said. Riccitiello made the comments in an interview on Fox Business Network.

But sadly, the game is a failure on both the financial and artistic fronts. Now that I’ve finished the single-player campaign game, I heartily agree with reviewers who rated the game as mediocre. And on the money front, it looks like Medal of Honor is not going to put much of a dent in Activision Blizzard’s rival Call of Duty franchise, whose next game, Call of Duty Black Ops, debuts on Nov. 9. Black Ops is expected to sell four times more copies than Medal of Honor. 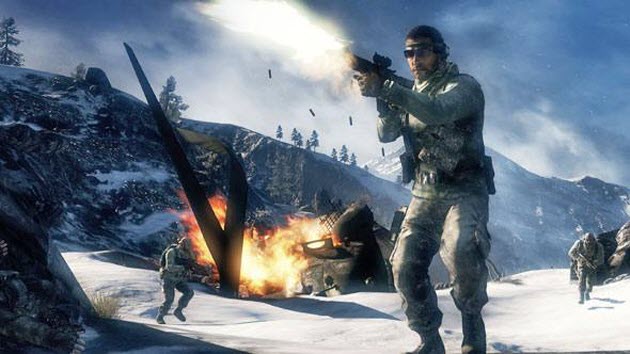 Given that both games are about modern combat, there was no reason the outcome had to be so lopsided. Upon rejoining EA in 2008, Riccitiello focused the company on improving its average review scores on Metacritic. This game had the budget and talent behind it to have the highest production values. With a combination of fierce game play and good cinematics, it had the potential to be in big leagues.

But the average rating for Medal of Honor on the Xbox 360 is just 75 out of 100, after ratings by 59 critics. That’s worse than Medal of Honor: Airborne, which had an average review score of 78 in 2007 — so bad that it prompted EA to do some soul-searching. I rate Medal of Honor at 80 out of 100, largely because its saving grace is multiplayer combat. I’m disappointed it isn’t a better game because I actually would love to see more competition in this segment of the market.

I subtracted a lot of points because of the game’s performance in single-player mode. In a couple of spots, the play slows down to a crawl. When there is too much action on the screen, the Xbox 360 chokes on the processing tasks. It reminds me of the bugs in the original Halo, back in 2001. Back then, that kind of problem was acceptable. By now, game programmers should really know how to deal with the Xbox 360’s limitations. There’s no excuse for that technical weakness.

You might think that EA rushed the game out to make its debut on Oct. 13 so that it could beat Black Ops to the market. But this reboot of Medal of Honor has been in the works for years. The developers had more than enough time to get it right.

On the financial front, EA will certainly be profitable and has a good shot at selling three million copies of the game by the end of the year. But Modern Warfare 2 sold more than 20 million copies, and Black Ops will likely be way up there. EA could have grabbed a lot more of the market if its game was better.

The game focuses on the war in Afghanistan in 2001 and 2002, when elite soldiers known as Tier 1 Operators took on missions behind enemy lines in the war against the Taliban.There are a lot of cool fighting environments in the game, even though it seems like a bunch of dusty villages. You have snowy mountains, dark tunnels, congested cities, and nighttime scenes to add variety. You can get into all-terrain vehicles (ATVs) and helicopters.

The game is a first-person shooter, and you switch from one Tier 1 character to another. Your soldiers keep going after the Taliban, wherever they are amassing. Along the way, Afghans and other soldiers are captured, and you have to rescue them. That adds an emotional element to the story, as the Tier 1 soldiers have to deal with the nasty tricks of war when it comes to taking hostages. But it adds only the thinnest layer of emotion, as there really isn’t enough full-motion video delivered in between the combat scenes to make you grow attached to the soldiers. 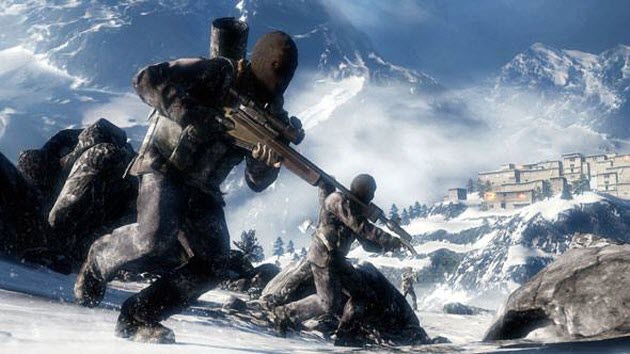 There’s no villain in the game except the nameless Taliban. The closest thing to a villain is an American general in Washington, D.C. He barks orders at commanders on the battlefield, causing unnecessary casualties, friendly fire, and then is ultimately forgotten late in the game. That’s not exactly a movie-like script. The game was unfairly castigated as unpatriotic because it lets you can play the Taliban role in multiplayer matches. But it gives plenty of nods to the sacrifices of brave American soldiers in the real war. It is realistic in its depiction of modern warfare and violence, but sometimes it gets a little too boring.

In one mission, you have to sit on a cliff and fire your sniper rifle at enemies on another ridge. You fire your weapon and a second or two later see their heads split like melons through your scope. The problem is that the other Taliban who witness these scenes aren’t terribly smart and they don’t really bother to go into hiding. You have to spend an inordinate amount of time looking through your scope to find them. When you do, they are sitting ducks. That laid-back action doesn’t belong in a game like this.

You would never find that in a Call of Duty game. In one scene in the upcoming Black Ops, for instance, you are landing at a CIA building in Hue during the historic battle for that city in the Vietnam War. Explosions are going off all around you. You are about to slide down a rope to the ground when your helicopter is hit by a rocket blast. The helicopter begins spinning round and round as you hang on to the rope. You are finally dashed through a window, whereupon you are set upon by North Vietnamese soldiers by the dozens. That’s what you call an action scene.

Medal of Honor also has a lot of scenes that are simply scripted poorly. In many scenes, you clear enemy soldiers and then follow your buddy to the next door to break it down. But many times, I had to backtrack and search for my buddy to figure out where to go. That’s just poor design. You can click on an indicator to tell you where you’re supposed to go, but it should be visually obvious where the next step is. Otherwise, you just waste time wandering. As reviewer Seth Schiesel at the New York Times pointed out, there’s a point when you’re taking over the Bagram air base where you are trying to get to the next part of the battle. You wander around to a door and find it won’t open. You eventually make it up to the top where you have to use a sniper rifle. Then you go back to the original door and find that you can now open it. There’s a similar scene where you have to figure out that you have to grab your buddy’s laser range-finder in order to pinpoint targets for attack.

On the plus side, there are some cool experiences that you have not seen in other Call of Duty games. You get to fly a Cobra gunship helicopter over a village, shooting down at the enemies who fire rocket-propelled grenades (RPGs) and Stinger missiles at you. You can rain hell on the enemy in a quite satisfying way as they pop out of buildings and try to take up positions against you. But again, the game design lets you down. Nothing tells you that you can’t take out the last enemies in a building with your cannon. You have to fire rockets at them to demolish the building.

There are also a couple of good “last stand” battles where you are surrounded and have to fight off dozens of Taliban fighters. The shooting gets intense. The enemies gradually reduce your hiding place, a ruined home, to rubble. You run out of places to hide. But I noticed as I was looking through my weapon’s scope that many of the enemy soldiers were running down the hill at me with the exact same pattern. They were like robots, coming down to their doom to the same spots where I could easily pick them off. The Taliban are really quite predictable at sticking their heads up from behind rocks.

I tried the controversial multiplayer version as well, playing both the Taliban and American sides. I found it much easier to survive based on shooting skill in the multiplayer mode. If you were careful and didn’t run around corners with guns blazing, you could survive for a longer period of time. No single weapon was too powerful, and the action unfolded at a more appropriate pace than other extremely fast-paced games. That favors slower players like me.

It’s too bad that the multiplayer mode caught so much political criticism. Responding to critics, EA changes the name of the enemy soldiers from Taliban to Opposing Force. Nothing else was changed. But the multiplayer experience was not as fun as the crazed Call of Duty: Modern Warfare 2 multiplayer experience, where you get so many rewards that you want to keep playing on and on. Nor was it as well thought-out as the multiplayer combat in EA’s Battlefield Bad Company 2, where team strategy really pays off. In this crowded space of multiplayer shooting games, Medal of Honor scores well. But that’s not good enough to compensate for the weaker single-player experience.

EA has probably sold enough copies to justify a sequel. But it would be wrong for EA to be satisfied with strong sales of a game that has a 75 Metacritic rating. That was the way that the old Electronic Arts viewed the world. There are lots of other companies with studios that are quite capable of producing 90-rated games that sell even better, as we have seen all year long. That’s where EA should be operating on a consistent basis.

Creatively, it has to up its game to play in the big leagues with Activision Blizzard’s first-rate studios. Fortunately for EA, it has staked a couple of the founders of Call of Duty — Vince Zampella and Jason West — and their new company Respawn Entertainment. If Danger Close, the EA studio that made Medal of Honor, can’t do the job, maybe Respawn will step into the breach.