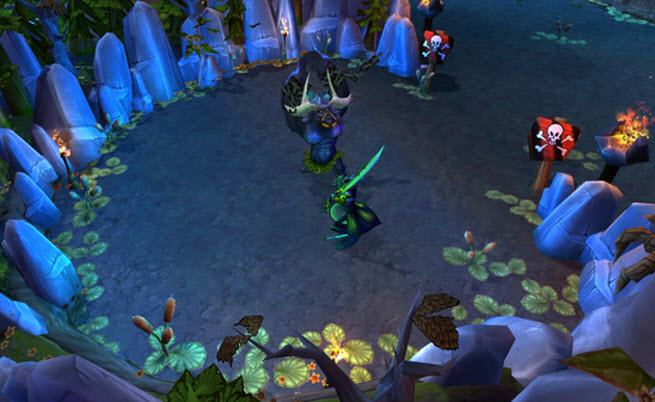 Riot Games hopes to turn its hit title League of Legends into a household name by dramatically expanding a professional-gaming league that rewards players with big prizes and recognition.

The game’s developer, which is majority owned by Chinese Internet giant Tencent, is unveiling the League of Legends Championship Series, an eSports worldwide-tournament league where the best players of the downloadable fantasy multiplayer-online-battle game can duel each other across the globe. League of Legends is one of the most successful online PC releases with more than 11 million monthly active players. On average, 2 million to 4 million people already view pro tournaments for the game. The new pro league will feature salaried teams and free high-definition online broadcasts.

Teams will spawn from North America, Europe, and Asia. They will start playing multiple regular-season matches each week in early 2013.

“Talking to players around the world, they repeatedly asked if we could kick League of Legends eSports into higher gear,” said Brandon Beck, cofounder and CEO of Riot Games. “The new League of Legends Championship Series is our answer. Millions of fans tune in every time we support a major League of Legends tournament, so we’re broadening that support in an unprecedented way.”

The top eight teams from North America will battle the best teams from Europe and Asia. Millions of dollars in salaries and prizes will be on the line in the championship series. The European seasonal regional tournament will be staged at the Gamescom expo in Cologne, Germany, from August 16 to 19. The North American seasonal regional tournament will be held at the PAX Prime conference in Seattle, from August 30 to September 2.

“IEM, MLG, and IPL are invaluable partners, and we’ll continue to work closely with each of them in Season 3 as they foster the next generation of League of Legends competitors,” said Dustin Beck, vice president of eSports at Riot Games.

Riot Games was founded in 2006, and Tencent paid more than $400 million for a majority stake in the company last year. People in 145 countries play League of Legends every day, and it is the most popular PC game in Korea, Taiwan, the U.S., and Europe, according to the company. Online game matches are broadcasted live daily on TV in Korea, with 3.9 million viewers.

Riot Games envisions the series being streamed to tens of millions of fans over time along with offering a multi-million-dollar prize pool.