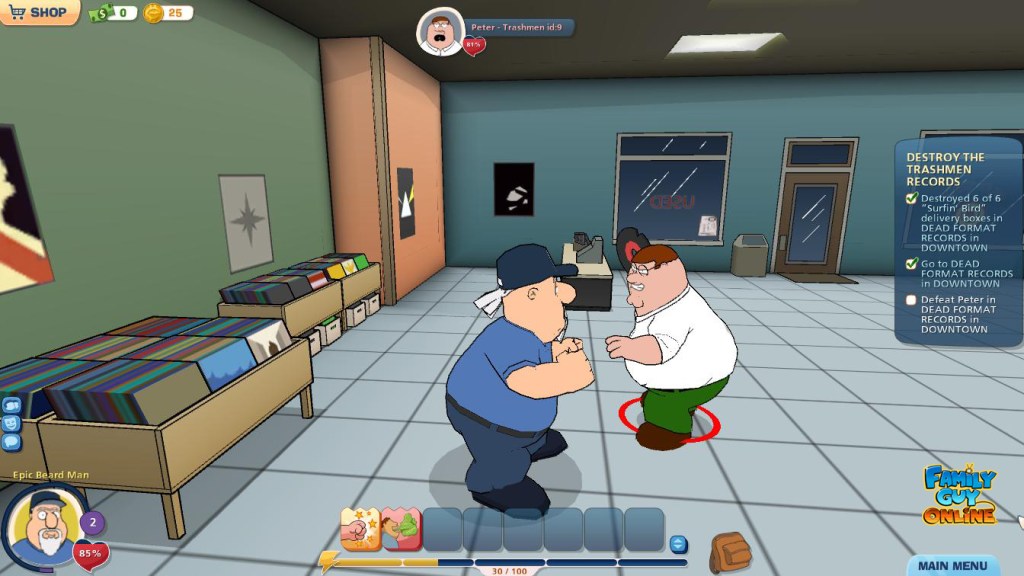 To date, the company has focused on browser-based games for the mid-core gaming market, but now it’s acquiring social/mobile game studio The Embassy Interactive to help it extend into Facebook and mobile games. Embassy was founded in 2008 to bring film and gaming experts together to work on games for Facebook and mobile platforms iOS and Android. It has a Facebook game based on the UFC professional wrestling franchise and an iOS game called Tangram Puzzle Pro.

The two companies will now have the combined ability to bring known brands to browsers, Facebook, and mobile platforms. The newly acquired company will operate as its own entity.

“They’re going to become Roadhouse Games Studios — it will be run as part of the Roadhouse brand — and operate as its own entity,” Roadhouse Interactive president, Tarrnie Williams, told GamesBeat by phone yesterday. “That doesn’t mean we won’t work with third-party developers — we will — but there are some smaller projects that we wanted to do. Having our own team to direct as we need will help us be more responsive to the project needs.”

Williams  has worked in the gaming industry for over 20 years, including time at THQ as studio head of Relic Entertainment and at Electronic Arts in both LA and Vancouver. He has overseen game franchises like Need for Speed, Medal of Honor, NBA Live, Company of Heroes, Dawn of War, and EA SPORTS Active 2.

“We see the space between Halo 4 and ATM-ville. We believe the world needs higher quality and deeper experiences in free-to-play games in the social, mobile, and web browser online spaces,” said Williams. “This is where the eyeballs and excitement are. There’s no barriers to entry for consumers, and so this is where we’re focused. It’s an exciting time.”

Vancouver-based Roadhouse Interactive was founded by James Hursthouse, Ian Verchere, and Williams in December 2009. In addition to its Family Guy Online game, which launched in April, the company is also behind MechWarrior Tactics, a turn-based strategy game for Infinite Game Publishing. The company says it’s currently working on one additional Web-based title and two mobile titles, one of which may turn into a Facebook title.

Vancouver-based The Embassy Interactive was formed in 2008 by film and game industry veterans with the concept of exploring the potential of “converging media.” It’s been funded by Embassy VFX, a visual effects studio with credits that include Iron Man, District 9, and Battleship.

Both companies are privately funded. Williams declined to disclose the price of acquisition, or other financial details.