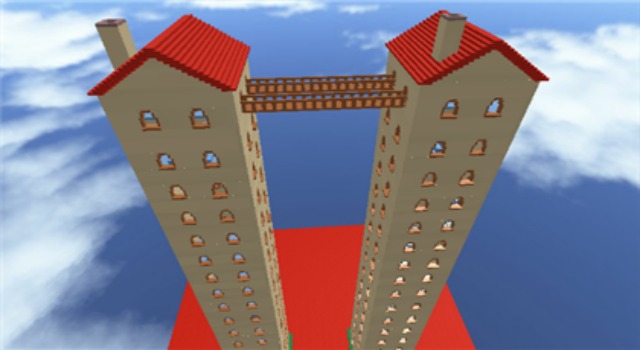 Roblox, a family-friendly entertainment site that allows kids to build their own 3D game worlds, says players created 5.4 million games in 2011 — a 109 percent year-over-year increase from 2010 — demonstrating enormous growth in user-generated online games in the past year.

Roblox claims its online community offers an environment for users to develop programming, scripting, and entrepreneurial skills while simultaneously playing games developed by others. In addition to building games, players learn to form and manage groups, earn virtual profits in the form of Robux, and advertise their creations to the community.

“Roblox is about giving our players the tools and freedom to put their imaginations into action,” said CEO David Baszucki. “It’s amazing to see what these players can do, and all that they’ve accomplished in 2011. They have been building, sharing, and competing, using the skills they’ve picked up from Roblox, and their passion for learning really shows with these numbers. We’ve seen an increase in usage by teens, young adults and parents as we have released more complex building tools and materials. ”

Over 20 million accounts have been created on Roblox and over 250 million hours of game play have been logged as of December 2011, the company says. Unique visitors surpassed 7 million per month and the top 100 games on the site were played a total of 192 million times in 2011. Roblox says players, particularly 8-16 year old males, preferred games in the life-simulation, combat, and survival genres, with each game generating over 5 million cumulative gameplays.

The company adds that data gathered from its online marketplace offers a window in to the entrepreneurial behavior of 8-16 year olds. More than 6.13 billion Robux — the equivalent to $6 million U.S. dollars — changed hands among users in 2011, representing a 152 percent increase in virtual currency exchanged since 2010. The highest-earning player grossed more than 8.9 million Robux in 2011, which is equal to $89,000.

In other news, Clint Schmidt, vice president of marketing, has resigned from the company.