Roblox and Warner Music Group announced that the popular band Twenty One Pilots will hold a virtual concert inside Roblox.

The game platform, best known as a haven for kids, has grown up and is gunning to be the metaverse, the universe of virtual worlds that are all interconnected, like in novels such as Snow Crash and Ready Player One. And so it is adding nongaming entertainment as a way to expand its appeal and keep players inside the Roblox platform for a longer time. Speaking of the metaverse, last week Roblox announced Vans World, a collaboration with the shoe brand to build a metaverse experience inside Roblox.

The concert will be an immersive performance inside Roblox, airing at 4 p.m. Pacific on September 17. The band features artists Tyler Joseph and Josh Dun from Columbus, Ohio, not far from GamesBeat’s Mike Minotti. They will perform songs from their new full-length album, Scaled And Icy. The album debuted at No. 1 on Billboard’s Top “Rock Albums” and “Alternative Albums” charts, while landing at No. 3 on the “Billboard 200,” marking the biggest opening week for a rock album in 2021. They’ve also got a Grammy.

The high-fidelity experience will feature the first-ever dynamic setlist dictated by fans in real time. It will also have “metaverse-spanning” pre-concert quests involving some of Roblox’s most popular experiences that also feature custom portals that will transport users into the pre-concert venue.

Roblox will also have exclusive custom designed virtual merchandise. Fans can access the experience the preshow festivities beginning today by visiting the Twenty One Pilots event page. New Roblox users will need to create an account to enter the concert venue.

Designed in close collaboration with the band and creative director Mark Eshleman, the Roblox event aligns with Twenty One Pilots’ fan-first philosophy, bringing this experience to fans worldwide. The five-song set will feature a combination of hit songs as well as new material from their 2021 album, Scaled and Icy. 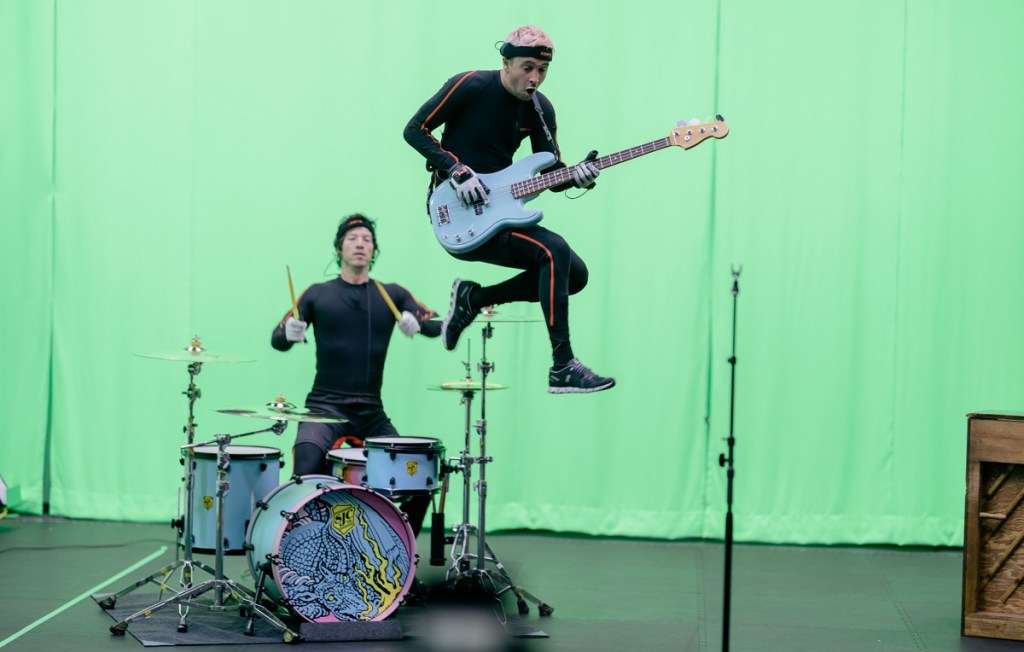 Above: Twenty One Pilots preps for a virtual concert.

The Roblox experience will have a dynamic setlist that gives users in each concert the ability to control the order of songs performed through instantaneous voting once the concert begins. Each song will feature its own designed set with a high level of fidelity and realism, powered by the latest in Roblox’s lighting, physically based rendering, and motion capture technologies.

The pre-concert quests that will be integrated into three top Roblox experiences — Ultimate Driving: Westover Islands, Creatures of Sonaria, and World // Zero, which collectively have over 400 million visits. These quests will enable users to earn Twenty One Pilots prizes and include portals that allow users to be transported into the Twenty One Pilots pre-concert venue from across the Roblox platform in the days leading up to the concert.

Fans can replay performances at the top of each hour through Sunday, September 19 at 11 p.m. Pacific time.