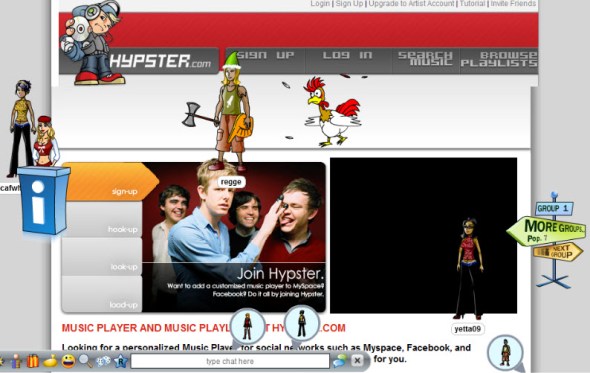 RocketOn is announcing today that it has launched its parallel virtual worlds platform with six partner web sites. 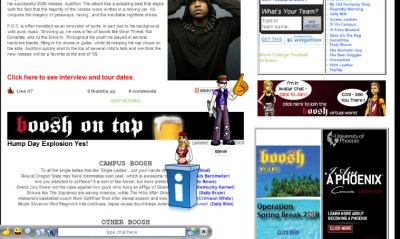 The South San Francisco, Calif.-based company lets consumers create virtual characters, or avatars, that canthen walk around web sites using the parallel-world platform. The parallel web refers to the notion of putting a virtual layer (based on Flash) on top of existing web sites to make them seem more interactive. For the web sites, it’s like adding a social network on top of an existing site.

In RocketOn’s case, it can make it seem as if you can walk around and scrawl over other web sites and communicate with a bunch of your friends at the same time. The whole web can be the backdrop for something like a virtual treasure hunt. You can download a browser plug-in and you’re up and running on any site. Or, if you don’t want to download a plug-in, you can visit the RocketOn site and log in there first. Then you can visit any parallel virtual world site through what RocketOn calls its “teleporter.” 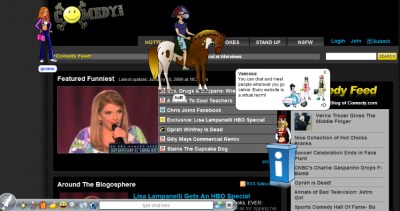 RocketOn got seed funding of $800,000 a year ago and announced a $5 million round in February 2008 from D.E. Shaw Group. It has nine employees (fewer than the 12 we mentioned in a story in September). At its current burn rate, the company has cash for two years, said Steve Hoffman, chief executive. The company now has 114,000 active monthly users on RocketOn’s web site alone. The company will now be exposed to more than two million more users through the partnerships.