Gary Whitta, the co-writer for Rogue One: A Star Wars Story, said that he feels like games and films are in the same creative space in an interview with Jamil Moledina, games strategic lead at Google Play, at our recent GamesBeat Summit 2017: How games, sci-fi, and tech create real-world magic.

He meant that stories take the form of whatever will help them the most, whether that’s a film or a game or something else. His talk was at the center of our theme of the inspiration that happens between science fiction, games, and real-world technology.

Whitta wrote the screenplays for films like Rogue One: A Star Wars Story (2016), After Earth (2013), and The Book of Eli (2010). He was born in London and was once deputy editor of The One for Amiga Games. And he was also once the editor-in-chief of PC Gamer magazine.

In early 2000 Whitta worked with Future to establish a film magazine, Total Movie. That magazine folded, but it led to his career writing screenplays for Hollywood.

When it comes to Star Wars, Whitta said that games have carried the flag of creativity. He noted that after George Lucas finished his first six films, he stopped doing a lot with that universe. And games had to carry Star Wars forward for many years, keeping it alive until Disney came along and acquired Lucasfilm. 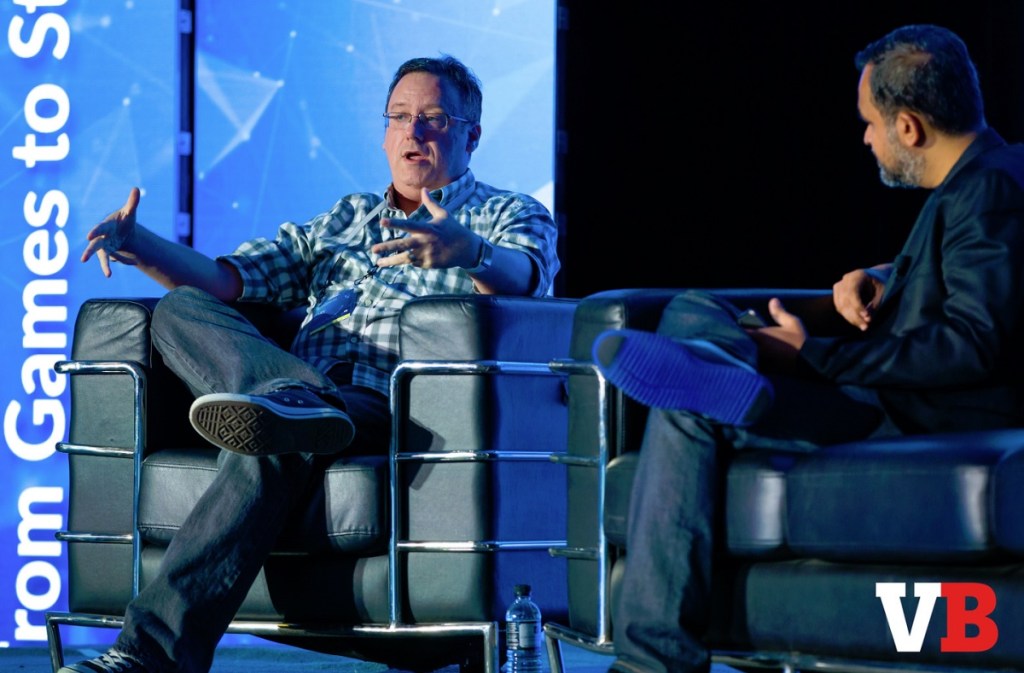 “Star Wars was in a wilderness, and there was a pretty long time where video games were at the vanguard of what Star Wars was,” Whitta said. “Video games carried that burden and kept Stars Wars alive in our imaginations for a very long time.”

Whitta grew up wanting to escape, and he didn’t care if films or games or novels or comic books were different.

“I scratched an itch, and I found that video games scratched the itch better than most because they invited me in,” he said. “You talk about immersion. When the lights go down in a game, you cross into that plane in your mind in a much more real way. It was a more effective way to escape than almost any other medium where science fiction could exist.”

He added, “When I play a video game, it’s the only time I put away the phone and forget it exists. Video games command your attention in a way that nothing else can or will.” 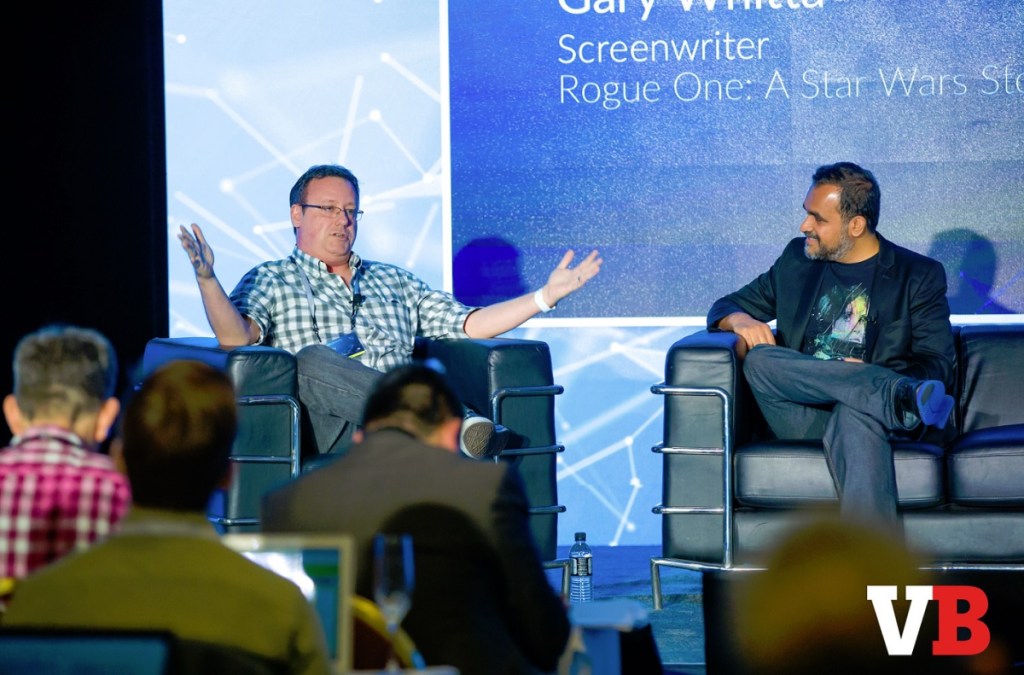 Above: Gary Whitta (left), co-writer of Rogue One, noting how people are looking down at their phones while he’s talking.