Rooster Teeth, the video site that made the online series Red vs. Blue, is launching its own video game publishing division, Rooster Teeth Games.

The Austin, Texas-based studio will publish Battlesloths 2025: The Great Pizza Wars. And the division will focus on bridging the gap between independent game developers and the worldwide community of gamers.

Developed by Invisible Collective, Battlesloths 2025: The Great Pizza Wars will be available on Steam in March 2017. Rooster Teeth Games recently developed and published mega hit RWBY: Grimm Eclipse. The game, based on Rooster Teeth’s global hit anime series RWBY. The game was a best-seller during its initial release on Steam in Summer 2016 and then debuted on Xbox One and PlayStation 4 in January 2017 and is currently a top-10 selling game on both platforms. 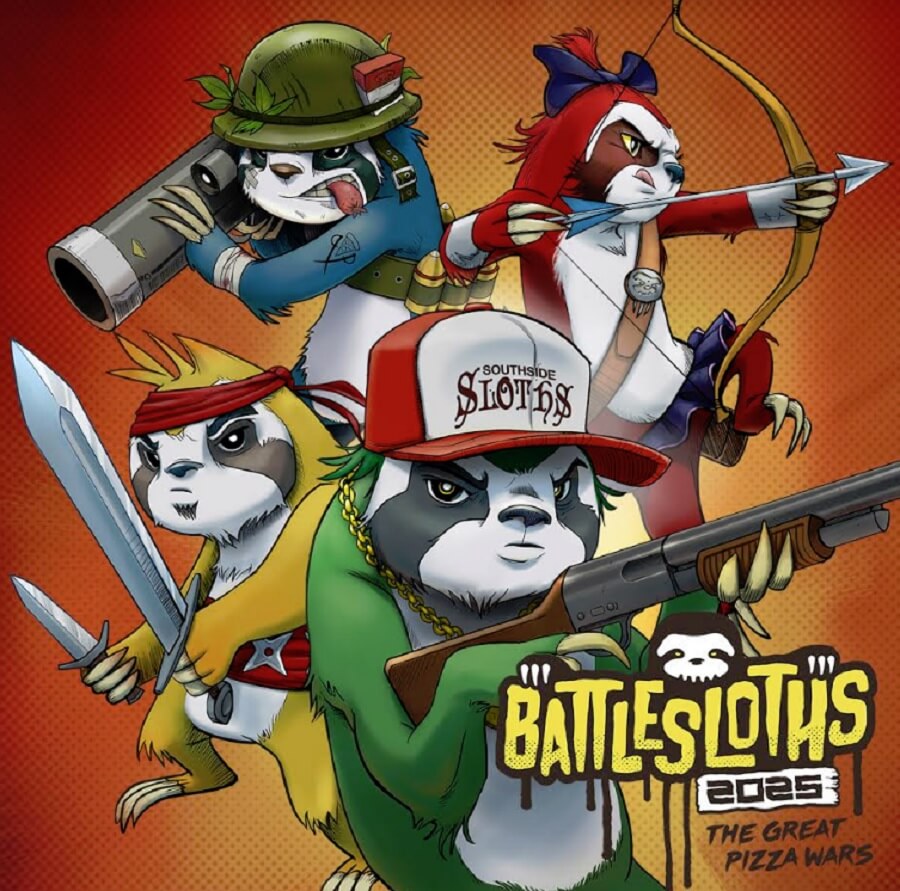 Above: Battlesloths 2025: The Great Pizza Wars

Rooster Teeth Games offers independent developers the opportunity to tap into, leverage, and gain exposure within Rooster Teeth’s pervasive and influential community. The company has a massive global footprint of more than 30 million subscribers to its YouTube Network and more than 5 million unique monthly visitors to its RoosterTeeth.com hub.

“Rooster Teeth services the community of people who grew up on game consoles instead of cable boxes,” said Michael Hadwin, director of Rooster Teeth Games, in a statement. “With Rooster Teeth Games, we will bring a wide array of engaging and entertaining video games on all platforms to this community and in turn introduce the indie developer to this thriving demographic.”

“We invite the aspiring, stellar, creative indie developers around the world to contact Rooster Teeth Games and pitch their best content and games to us,” said Hadwin. “We are eager to share access to the vast potential audiences within the Rooster Teeth community and to publish and deliver new and exciting content to gamers worldwide, starting with Battlesloths.” 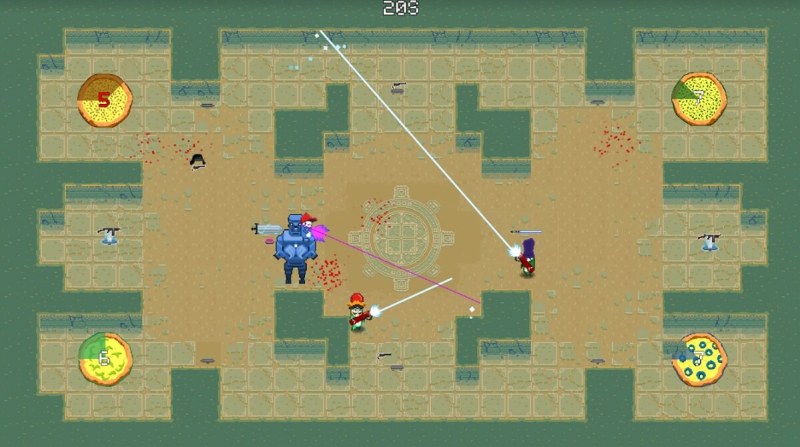 Battlesloths 2025: The Great Pizza Wars is a fast-paced, local multiplayer, competitive twin-stick shooter. In it, players train to become the ultimate gun-toting, hoverboarding, pizza-eating sloth. Up to four players can compete against A.I. sloths using myriad weaponry, each with their own strategies, to destroy enemies in a quest to collect the most pizza. Battlesloths 2025: The Great Pizza Wars features 20 unique weapons, 4 game modes, and customizable battle settings.

Randy Greenback, executive producer for Invisible Collective, said in a statement, “It’s easy to see that Rooster Teeth embodies the spirit of the game in all they do. Their approach to entertainment, paired with their awareness of the current market, makes them the ideal publisher for Battlesloths.”

Rooster Teeth Games is headed by Hadwin and Rooster Teeth’s senior vice president of business development Alan Abdine. With more than 20 years experience in the games industry, Hadwin has worked with a number of video game and entertainment companies. He brings strategic, business, and operating leadership, as well as keen insight and industry connections to establish the new division’s foothold in the industry.