World domination is a tricky business.

But if anyone is up to the task, it would be Rovio and its aviary of Angry Birds. The Finnish mobile developer created a new intellectual property in 2009, and in less than three years, players downloaded the game over a billion times. Since then, the company has wasted no time plastering the cartoon birds and their pig adversaries across all entertainment media and beyond.

The release of Angry Birds 2 late last month began what Rovio refers to as “Phase 2” of its brand expansion, which also includes a major motion picture and parade floats. With such a lofty transmedia plan in place for the next few years, GamesBeat connected via email with Rovio chief commercial officer Alex Lambeek to discuss the details of this second phase and exactly how angry these birds can get. 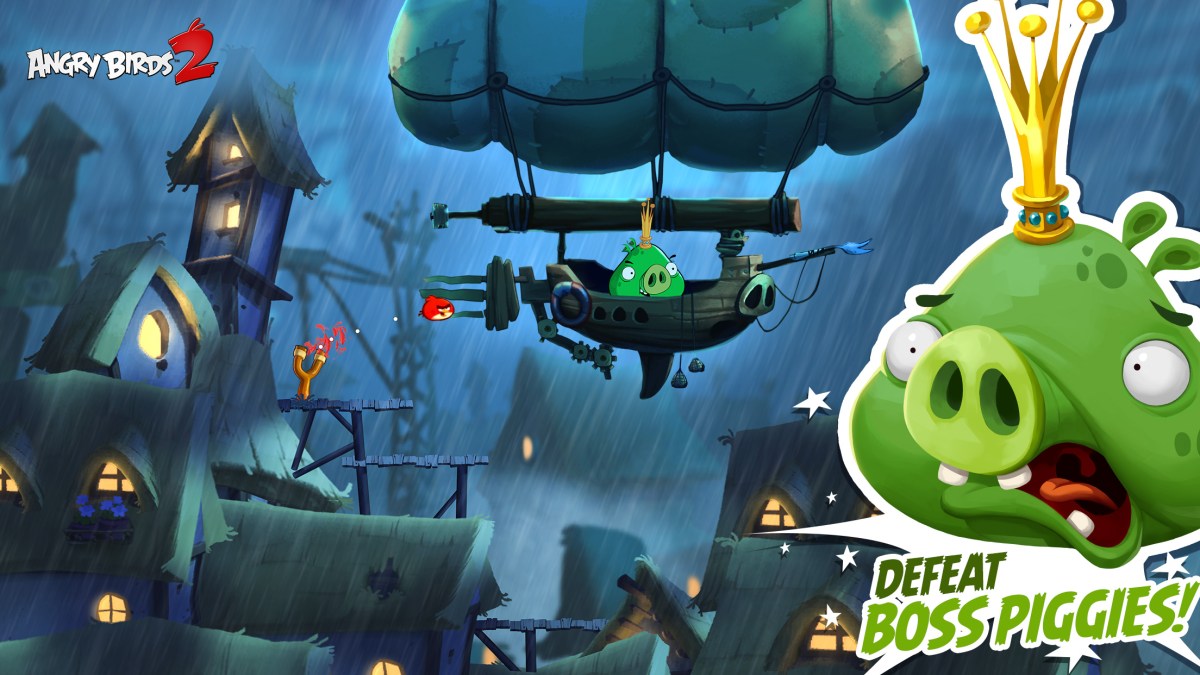 Above: Angry Birds 2 represents all the technical experimentation Rovio has undergone in the past five years.

The game Rovio wanted to create in the first place

Despite mediocre reviews, players have already downloaded the linchpin of Rovio’s market “phases” over 20 million times as of August 6, an achievement that hasn’t necessarily guaranteed success yet. But while it has yet to pay comparative financial dividends, according to Lambeek, the sequel still stands as a testament to the original vision of the Angry Birds idea.

“This is the game we would have wanted to create already five years ago,” wrote Lambeek. “This is what our vision about the game and the characters has always been like. At that time, it just wasn’t technically possible to create something like this. Nor had we enough resources back then.”

Lambeek spoke on how the studio made the sequel with an eye for integrating into the larger ecosystem of Angry Birds properties, including a series of both online and television broadcast cartoons.

“We were experimenting for a while [with] what we could do visually with the current mobile hardware, how we could improve environment and characters, but still stick to the 2D world of the original games and [Online web series Angry BirdsToons],” Lambeek wrote. “From a gameplay and user experience perspective, we are fans of simplicity and wanted to innovate within the frames of the very first game. Once we made those breakthroughs, we just had to make the game. …”

Connectivity has not only been critical for maintaining internal continuity but also for moving into the global marketplace. Lambeek describes a business plan of cuddling up to recognized brands, aping their style for cross-demographic appeal. It’s an intellectual property key party, of sorts. 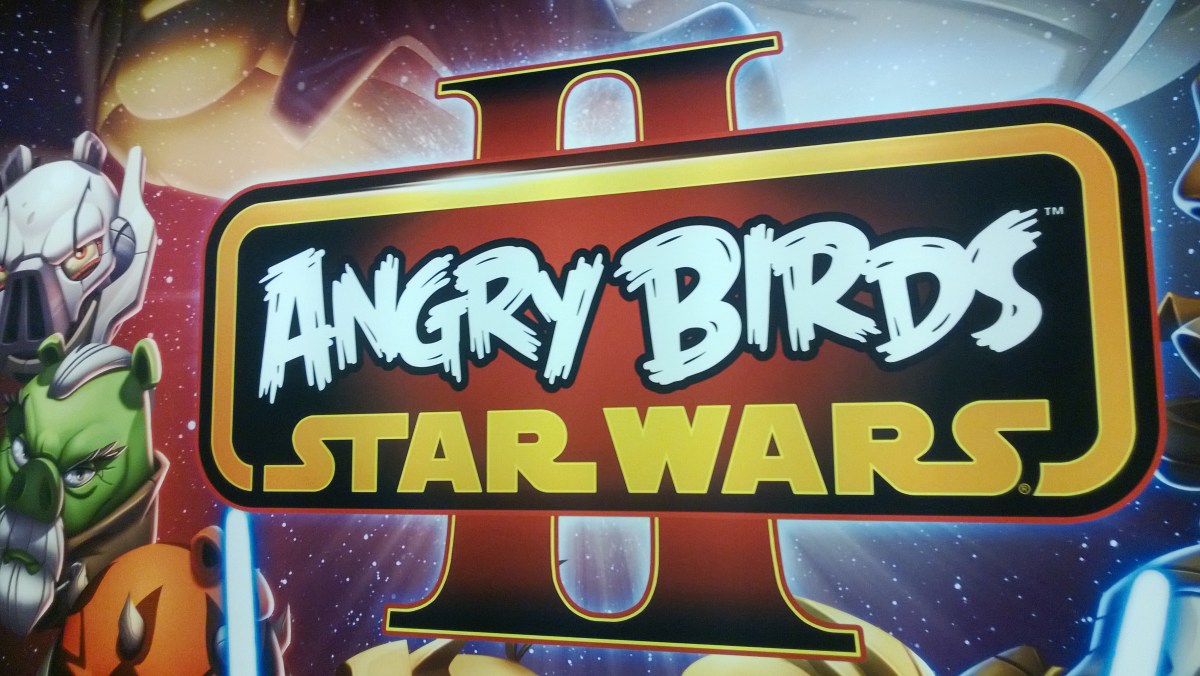 Above: According to Rovio chief commercial officer Alex Lambeek, the success of Angry Birds is due in large part to crossovers, like the above Angry Birds Star Wars 2.

Brand crossover appeal is also what has led to Angry Birds achieving global phenomenon status in such a short amount of time. But while such a dynamic works well in relatively open Western markets, places like China still present a unique puzzle. With the Chinese government regulating so much of outside content — particularly in regard to Western-produced movies — expanding into such a massive market is an uphill battle. Still, according to Lambeek, partnership is the password for entry.

“We maintain the momentum by partnering with like-minded companies that know the markets very well,” Lambeek wrote. “One-third of our downloads come from the China market Kunlun … [our success in China] truly depends on understanding consumers and working with partners like Kunlun, Alibaba and Charactopia, who truly know the market for CP, media, and games.” 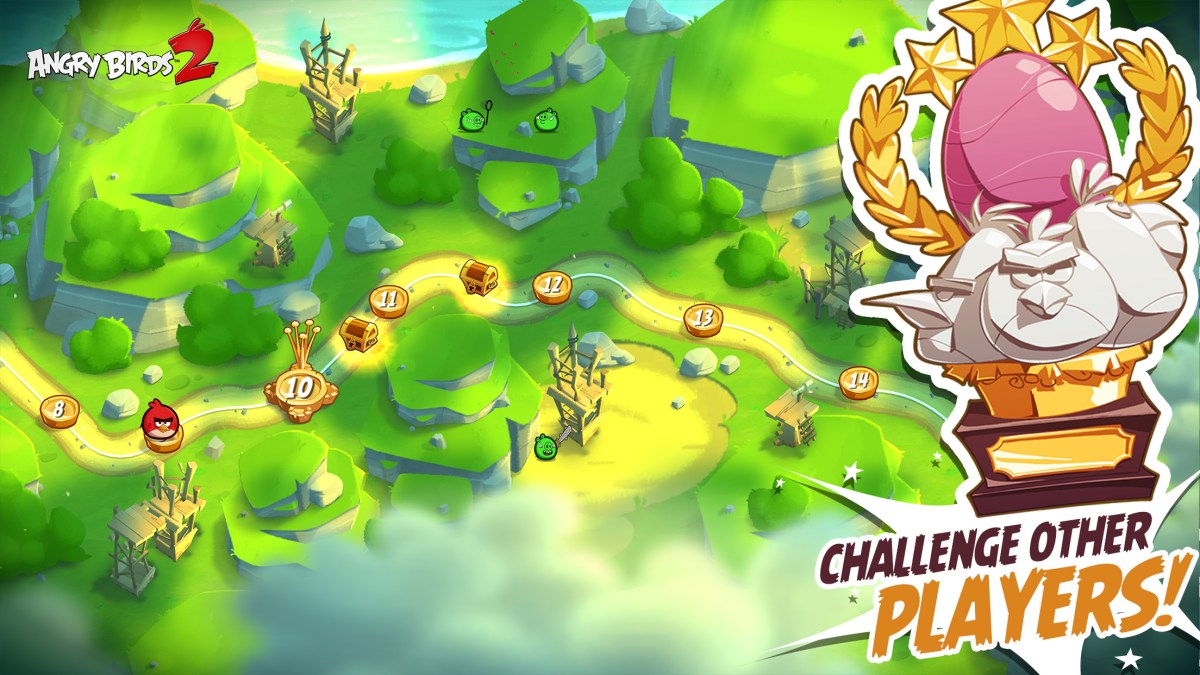 Above: The future of Angry Birds includes a lot more business partnerships.

A vague future of brand priorities

No one at Rovio was willing to share what the specifics parameters are for determining worthwhile Angry Birds partners or profit avenues, so it doesn’t seem likely that we’ll see their checklist for how to properly make a green pig parade float. Lambeek did mention that maintaining the central essence, what players have come to expect and respect, of the player-trusted brand is the chief priority for Rovio.

“Pleasing our fans and developing a brand that people love and trust is our core priority,” wrote Lambeek. “[A]nd we will not venture into any area where that core will be compromised.”

Vague as that is, I choose to believe that his statement refers to a warehouse full of forbidden Angry Birds butterfly knives and actual bird-flinging catapults that will never be. We can still hold out for Kiss Meets Angry Birds, though.