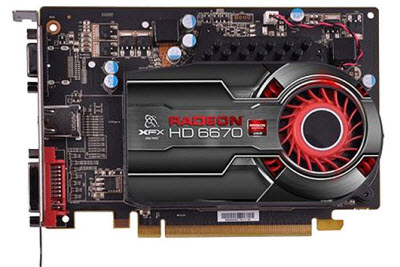 A flurry of news about the next-generation console coming from Sony and Microsoft has hit the internet in the last couple of days.

One of the most detailed rumors came on Jan. 18 from SemiAccurate, the geek blog run by Charlie Demerjian. He said that initial production of the Oban chip for the Xbox 720 has begun. Oban is the code name for the combination graphics and processor all-in-one chip that will power the next-generation game console from Microsoft, Charlie reported. Microsoft declined to comment.

IBM is reportedly the foundry, or contract manufacturer, for the Oban chip. But it’s not clear exactly who designed it, as Microsoft now has its own chip design capability these days and may have collaborated with IBM and ATI (Advanced Micro Devices) on it. Oban has an IBM-designed processor based on the PowerPC architecture, which is compatible with the Xbox 360. It also has an ATI GCN/HD7000/Southern Islands graphics chip from AMD.

There’s a small chance that Oban is x86 (Intel-compatible), but SemiAccurate said that was unlikely. I’m sure Microsoft would love to poke holes in this, but for now they can’t comment. AMD’s spun-out manufacturing business, now called Globalfoundries, is also making some of the first batch of prototypes and could serve as another foundry.

The initial batch of these 32-nanometer chips will go into development systems, which game developers use to make their launch titles for the new system. So even though production of chips has begun early, it’s quite possible a launch is set for 2013. Demerjian believes it will have embedded memory, just as the Xb0x 360 did, in a special package.

I know Charlie and he is pretty good about snagging rumors in private conversations with engineers who talk too much. But the “SemiAccurate” name is a good one and Charlie knows that he isn’t right all of the time. When I conveyed one of Charlie’s tips for official comment, a PR guy laughed. But Charlie isn’t always far off the mark, and he gets to plenty of stories before others in the press, including yours truly, do. Fudzilla, another geek blog, said it verified the rumor from SemiAccurate.

IGN, meanwhile, said its sources confirmed that mass production of the system’s GPU (it did not say it was part of a combo chip or multi-chip package) will begin by the end of 2012, but it will not be based on AMD’s 7,000 series. Rather, it will be based on the 6000 series, like the ATI Radeon HD 6670 (pictured in a PC add-on card at top). That chip has DirectX 11 support, multi-display output, 3D, and 1080 high-definition output. It is priced at about $79.99.

That chip’s graphics power is said to be six times that of the Xbox 360 and 20 percent greater than that of Nintendo’s upcoming Wii U console. That numbers seems particularly low. The Xbox 360 shipped in 2005 and graphics chip vendors generally follow the path of Moore’s Law, which holds that chip performance doubles every year or two. If it indeed doubles every year, a 2013 graphics chip should really be more like 256 times more powerful than the Xbox 360’s 2005 graphics chip. But that’s what IGN said. IGN’s rumor makes no sense to me, and Charlie said the same.

Kotaku, meanwhile, said that Microsoft’s next game console will be upgraded from DVDs to Blu-ray discs. The system will also reportedly block the playing of used games, a feature that is not present in today’s consoles. Game publishers have been furious with GameStop for selling a huge collection of used games, where the money generated does not go to the publisher. But the move might also anger consumers.

Kotaku also said that Microsoft will ship a new version of its Kinect motion-sensing system.The new Kinect will have an on-board processor for improving its performance and accuracy. The console will also have a smaller game controller.

Our analysis: We haven’t independently verified these rumors. But we can think about whether they are plausible. The name Xbox 720 itself is a made-up one, as shorthand for the successor to the Xbox 360. The rumor from SemiAccurate has the most detail, but it is also coming from a source with a mixed track record. Usually, the more detailed the rumor, the more accurate it is. Vague rumors, such as the Kotaku story, usually mean that the source is pretty low level. And when it comes to big decisions on game consoles, most of the information at this stage in the game is held by a small group of executives at the platform owner’s company.

We’ll pass along the rumors and our opinion of them as they arise, but be prepared to see plenty of wrong information before the real confirmation comes. One thing that is plausible is the timeline. If Microsoft plans to launch a console in early 2013, the game developers have to get the development kits right about now to get their launch titles under way.

As for the PlayStation 4, MCV reported that Sony would talk about it at the E3 2012 trade show in June. But Sony’s high-ranking executive Kaz Hirai quashed that rumor at the Consumer Electronics Show.