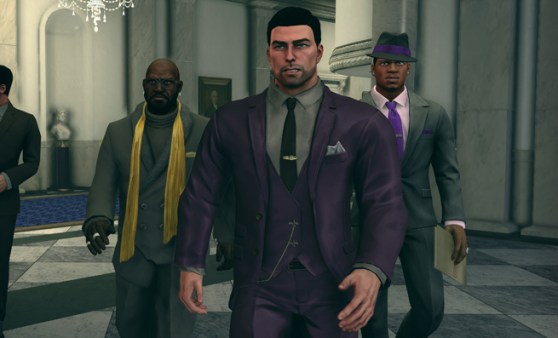 LOS ANGELES — If you’re still taking Saints Row IV seriously after watching the purple-suited President of the United States cruise through his White House, ignore Secret Service agents toking up fatties and drinking 40s in the background, and offhandedly toss an apple to his personal tiger, I’ve got some advice. Eject the disc, throw it off the nearest bridge, and go play The Last of Us.

Because that’s about as normal as normal gets in this game. And it only gets crazier from there.

I played an early section of Saints Row IV (releasing Aug. 20 on Xbox 360, PlayStation 3, and PC) at a special pre-E3 event, and it kinda won me over right around the time I punched a filibuster-threatening senator in the dick. That’s what you do when you’re the president, homes. The opening level details how you reach the Oval Office, but developer Volition and publisher Deep Silver dropped me into the second level, where you’re comfortably into your second term and signing executive orders to end cancer. That’s when the alien armada invades. 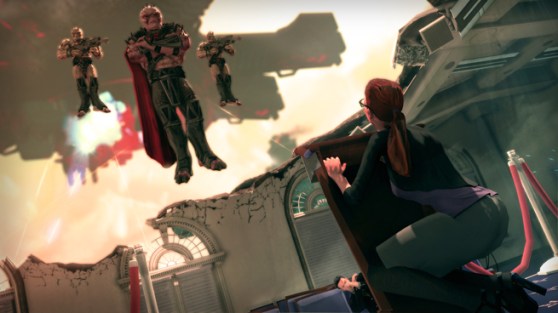 The Zin bust up your (White) house, kidnap your cabinet (staffed by fellow former-3rd Street Saints gang-bangers), and generally disrespect you. Luckily, flipping a switch in the Oval Office pops out racks of gun — this is a chief executive who knows something about defending his turf, after all. It’s run-and-gun for America from there.

This early sequence runs on very strict rails, and the shooting feels a little stiff, though that could’ve just been a settings issue. Either way, it ends up with Mr. President sitting in a twin-cannon turret, kicking Zin ships off the White House lawn.

One crash-lands, and that’s my chance to put a bullet in Zinyak, leader of the Zin. Too bad he’s 10 feet tall and a technologically superior douchebag. It doesn’t go well. 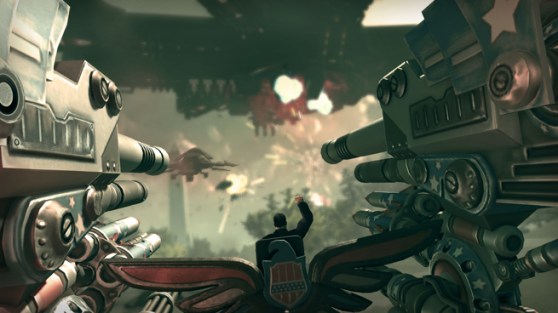 After that, Saints Row IV opens up the sandbox. The Zin tend to conquer through a mix of force and indoctrination. Kidnapees, which now included the president, get thrown into The Matrix until they’re more Zin-positive. And because you’re The One, you break the simulation’s laws and have superpowers. Some come standard, like superjumps, power slams, and supersprinting, or “superstreaking,” if you use the returning character creator to go au natural. For male characters, that even includes an option to lengthen or shorten your crotch’s “censored” bar.

Other powers must be earned, and all can be improved by collecting orbs, Crackdown-style. I quickly fell in love with my new telekinesis abilities, which I used to grab cars and people and hurl them into other cars and people. It never, ever gets old. 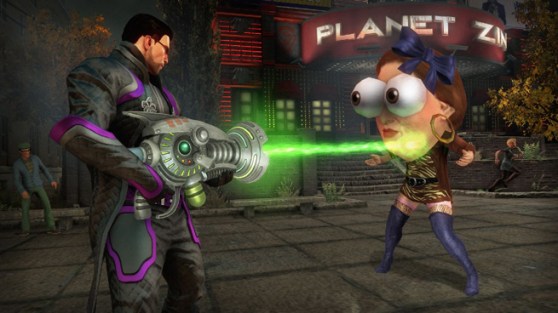 Minigames and side missions abound, including superspeed races and the hyper-violent return of psycho Japanese host Professor Genki and his new telekinetic-flinging game show, Mind Over Murder. Personally, I just roamed the Tron-like streets and made as much trouble as I could. And since Saints Row IV amped me up with an assortment of ludicrous sci-fi guns, it turned out I could make a whole goddamn Götterdämmerung-lot of trouble.

It’s easy to say I enjoyed the delights of the Black Hole gun, which temporarily rips open a yawning chasm in space-time and drags in anyone and anything not nailed down. But nothing tickled my sadistic streak quite like the Dubstep Gun, which annihilates people, cars, and flying Zin gunships with the deadly power of Skrillex.

Of course, even a ridiculous open-world game needs some kind of balance. Once I got too out of hand, the Zin sent one of these charmers down to cool me off; 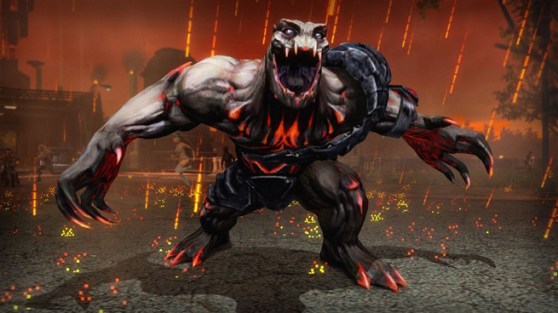 It’s called a Warden — as in “prison warden” — and it took my puny ass to school. It’s Saints Row IV’s equivalent of SWAT and helicopter snipers showing up, mixed with a dial-a-boss service for when you really want to call in a challenge for yourself.

Least you think Saints Row IV’s copping out with an “it’s all a dream” plot, I’ve seen and heard enough to trust Volition to dodge that narrative bullet. Eventually, you’ll escape into your crew’s simulations to bust them out — performing their loyalty missions will grant them superpowers in your virtual world, too. For on those occasions where you head back to reality, expect something cool to fill in for your missing powers … a giant robot, say.

And “something cool” neatly sums up my hands-on time with Saints Row IV. Yes, it’s great to have meaningful games with powerful stories, but this one had me cracking up every time it carved a sacred cow into prime rib. It’s only interested in entertaining, and entertaining it is.

I can’t wait to cut loose in the wider world and see just how wrong it can be. That’s what executive privilege is all about, baby.