Global tech giant Samsung is announcing today that its Made for Samsung program for promoting mobile apps will be extended to independent game developers. That means that game developers will get considerable marketing and tech support from Samsung if they bring exclusive titles to the South Korean company’s mobile platforms.

Mihai Pohontu, vice president at emerging platforms at Samsung, made the announcement at the GamesBeat Summit 2016 event today. He said that Samsung had been providing developer services for the past year to app partners such as The Weather Channel, CNN, and others. Now it will extend those same services in the hope of getting exclusive titles from indie mobile game developers too.

“We want to work with indie devs to launch their products exclusively on Samsung platforms,” Pohontu said.

Samsung faces a big competitive challenge. It has a Galaxy Apps Store on all of its Android smartphones and tablets, and it has the leading market share on Android. But to date, most people get their mobile apps either from Apple’s iTunes App Store or the Google Play store. Those platform owners take a 30 percent chunk of revenues from billions of app transactions. Now Samsung wants to provide an alternative to those stores and help developers succeed as well. 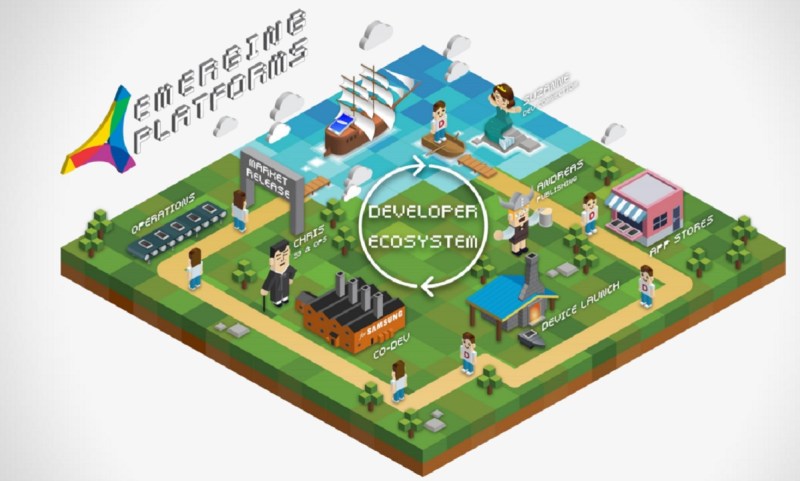 Above: Made for Samsung program details

Samsung is not luring developers with cash or investments. That’s not its style, even though the practice is common among mobile and console game publishers who want to recruit developers to their own platforms. Rather, Pohontu said that Samsung offers non-cash services to developers, such as product testing, promotion, analytics, operations, distribution, and an open platform.

“Exclusivity for us can be time bound,” he said. “We can continue to promote an app or game even after the exclusivity program is over. In the game industry, developers would normally find it hard to obtain Hero image featuring in the other app stores.”

The goal is to get access to content that differentiates Samsung’s ecosystem. And gaming is an important part of that, Pohontu said. 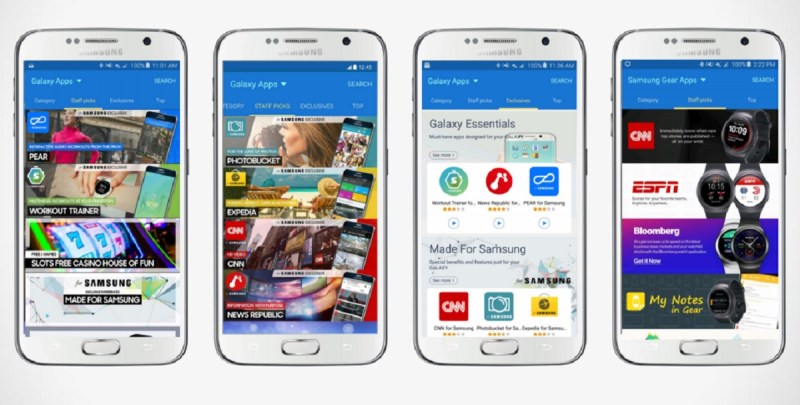 Above: Samsung will promote games across its stores and apps.

Samsung has examples of how the system works well with other kinds of apps. Pohontu said that on average, Samsung can deliver 40,000 installs a month through its various promotional activities. Samsung currently adds a few games every week to its curated platform. But Samsung hasn’t cut any exclusive deals yet with indies, as this program is just beginning. Samsung has embraced gaming technologies such as the Vulkan applications programming interface (for better graphics) to help its platforms stand apart.

“That’s a reasonable performance level, and it doesn’t inlcude preloads on other devices,” Pohontu said. “We will push your game to a very good audience. We realize the biggest developers won’t do this. But we are thinking of under-served areas of the world.”

Pohontu said that Samsung may be an underdog in mobile games, but it has an advantage as an early entrant into the mobile virtual reality headset market. The Samsung Gear VR headset launched for $100 last November, and the company helps curate Gear-VR-compatible games on the Oculus Store.

“Developers can get prime featuring on Gear-VR-compatible games,” Pohontu said. “If you launch your VR app with us, you can also launch your mobile game and we will promote it.”

As for VR, Pohontu said he is very bullish, but he also said everyone should be wary of too much hype in the market. 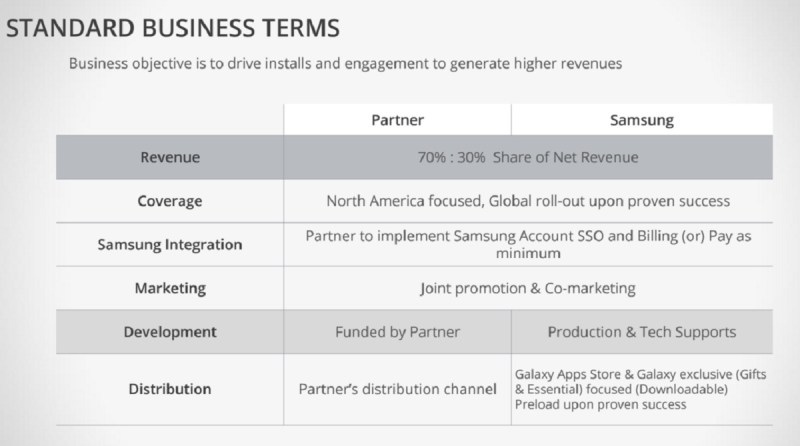