Schell: That’s definitely part of it. But most of the folks I saw there were not spinoffs from Rockstar. They were just inspired by that success.

GamesBeat: Have you started seeing that here, where some of your people go start their own independent studios?

Schell: We’ve seen a little of that. A recent one, she didn’t stay local, Rebecca Cordingley. Maybe you’ve seen this game Ooblets that’s been talked about? They’re getting published by Double Fine. She’d been with us and decided she wanted to go off and work independently.

Schell: Right. We haven’t had too much of that. We have very low turnover, which is nice.

Schell: I never thought about it that way. Maybe I’m harming the region by having such a stable company. But the big change for us lately is we’ve seen a lot of these external companies start to build what they’re doing here. Disney Research has a team of about 50 here. Google has a significant facility. Oculus now has an R&D lab here. Apple’s opened something up. When we lose people, that’s where we lose them. We just lost one to Uber. Uber has a big facility here.

GamesBeat: We have another project at a conference about tech in the heartland, basically tech outside of Silicon Valley. Finding interesting stories about different regions that are popping up because Silicon Valley is becoming impossible to live in. It’s like Manhattan.

Schell: The joke about Pittsburgh is that it’s both the westernmost East Coast city and the easternmost Midwest city — plus the northernmost southern city and the southernmost Canadian city. But one thing that is nice, the costs here are much lower. You saw our studio. The average age is probably 29. More than 50 percent of them own their own houses, which I don’t think would be true out in Silicon Valley. 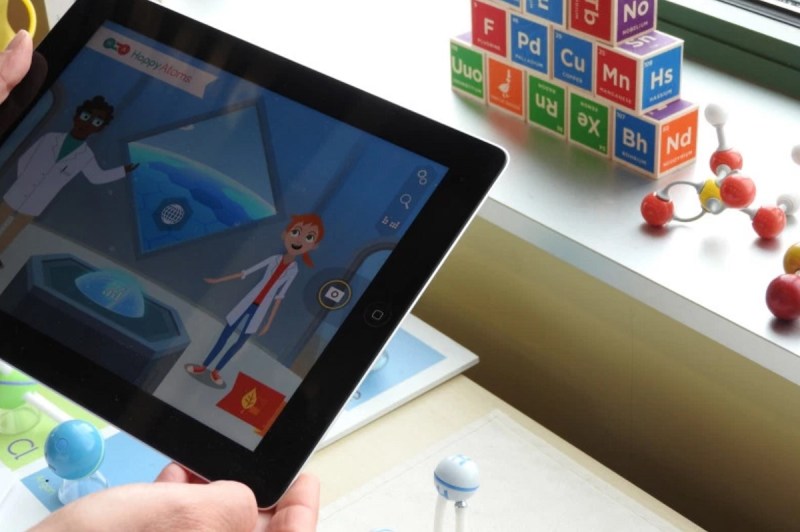 GamesBeat: They’d all be living with multiple roommates. A lot of people are starting to bemoan that all the indie companies that started in San Francisco are being forced out. They’re going to the suburbs because no one can afford rent.

Schell: When you’re independent, location just doesn’t matter much. You can be anywhere. The only thing you care about is talent, and there’s good talent in a lot of places.

GamesBeat: They said about half of your people are from Carnegie Mellon?

Schell: It’s probably around there.

GamesBeat: Your region seems like it’s still very competitive. Places like Finland seem to be running out of people. Supercell has to recruit outside the country.

Schell: I got to visit there a little while ago. I met with Rovio and some folks out there. Again, it’s hit based. A couple of people have hits, and suddenly, everyone thinks they can get something going.

GamesBeat: Has much happened on the government level, where they start providing incentives or tax breaks?

Schell: Pittsburgh has long had a film tax credit. They have just, if I understand it right, passed a modification that will include game developers. At some point, that should be a help to us. For us, a more significant government thing is applying for grants. We’ve applied for and received a few different grants in the six- and seven-figure range. That’s been a help to us. The grant work is hovering around 10 [to] 15 percent of what we do. About half of what we do is education related, but only some of that is grant based. 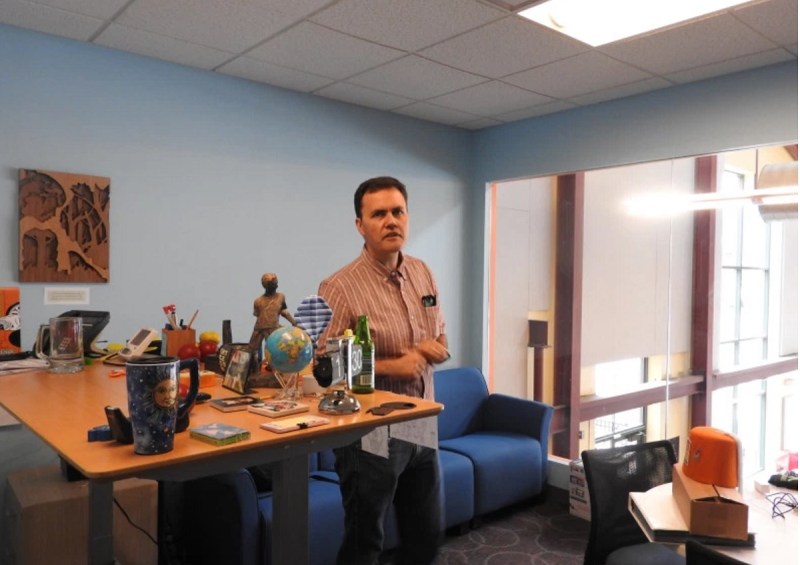 Above: Jesse Schell in his office at Schell Games.

GamesBeat: It’s an interesting niche. All the big game companies have left it to others.

Schell: We started getting into educational games about seven years ago, when we were still finding our way. We hadn’t done education much yet. People started approaching us about educational games, though, which I’d had experience with at Carnegie Mellon. I’d supervised development of a few. I remember thinking, “Why are they coming to us? Why don’t they just go to the experts in educational development, the world-class developers?” And then, I looked around and realized that there are almost none of those.

This was something we could become the best in the world at and something the team was passionate about. We thought maybe this could be a good strategy for us. We started taking those jobs more seriously, focusing more on that, and it’s worked out very well. We did a lot of work with Amplify Learning, which was a great help. They’ve had their challenges, of course. They’re doing a pivot right now. But still, that was some wonderful work for a few years. We’ve worked with the Fred Rogers Company doing the Daniel Tiger games. That’s been a great series. I think we’ve done 15 games for them now. As well as some things we’ve done on our own — the Happy Atoms project, the SuperChem VR project.

GamesBeat: How long were you thinking about Happy Atoms?

Schell: Oh, boy. In some ways, it goes back to when I was in college. As a serious project, I’d say it’s about five years. I started fooling around with it in my basement, the prototypes, and then, from there to market was about five years.

GamesBeat: It takes a long time to find the fun there?

Schell: It’s complicated. You have to make it useful. You have to make it accurate. You have to make it work. You have to figure out the technology. There’s all the business questions. With something like that, we had the physical engineering of it because it involves certain kinds of rubber and magnets. All the chemistry part of it had to be right. Then, we had all the AI algorithms, this computer vision stuff because of the way you take pictures of these toys. It has to parse what they are and figure out which of these 18,000 molecules it is. There was research on a lot of levels. 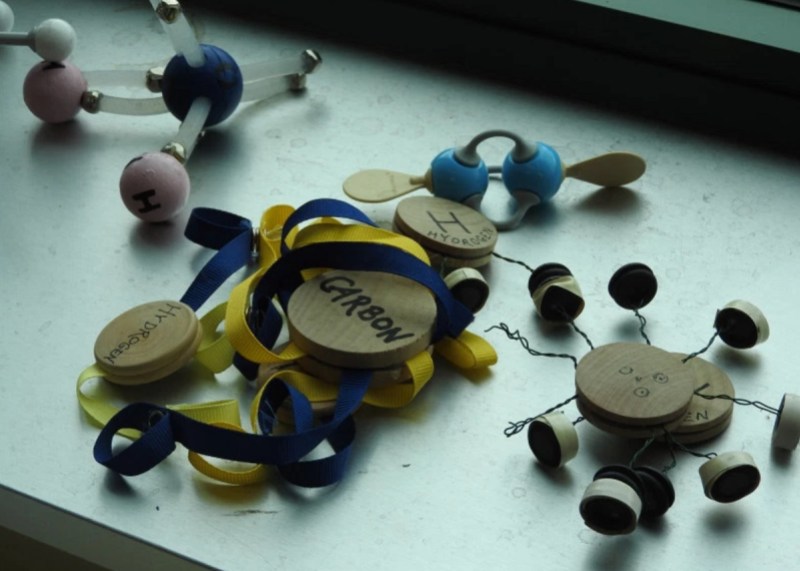 Above: Jesse Schell made prototypes for Happy Atoms for years.

GamesBeat: What would you say has been your most successful, most played game?

Schell: Toontown — I was the lead designer on when I was at Disney. After it launched, we did some expansions for it. We developed parts of that. But Pixie Hollow was the first MMO — we pitched that from outside the company, and it was developed almost entirely outside Disney. Some of the theme-park projects we’ve done have had really big numbers. In terms of most revenue for our independent work, I Expect You to Die for Vive and Rift and PSVR has probably been our biggest success.

GamesBeat: Was that a surprise? VR has such a small installed base right now.

Schell: It depends on how you look at it. I’d rather have five percent penetration in a small marketplace than .00001 percent, which is what so often happens in the mobile space. It’s so hard to break into the mobile space or even on Steam. You have to be lucky, have the right combination of a great game and good luck to break through.

GamesBeat: You must get asked for advice a lot — from students especially. What do I study? Where should I specialize?

Schell: Oh, certainly. A lot of what I do at the ETC is about career advice. Usually, it’s just helping people find their way. People have to figure out what they’re good at, what they want to do. They have to understand what’s out there and what’s possible.

GamesBeat: Where do they wind up going?

Schell: ETC students go a lot of places. The majority of them go into the game industry, a mixture of all kinds of places. Big places like EA and Disney, smaller places as well. About two-thirds go into games, and the others go into a mixture of animation, theatrical design, theme-park design, things like that. At the ETC, we have programmers, artists, designers, and all kinds of people, so we see them go all over the place.

We’ve been graduating students now for — the program is about 20 years old now. We have alums almost everywhere, and some pretty high-profile ones. Neil Druckmann, for example, is an alum. It’s nice because when students come to the program, if they have their sights set on a certain company, it’s easy for us to make an introduction to someone there.