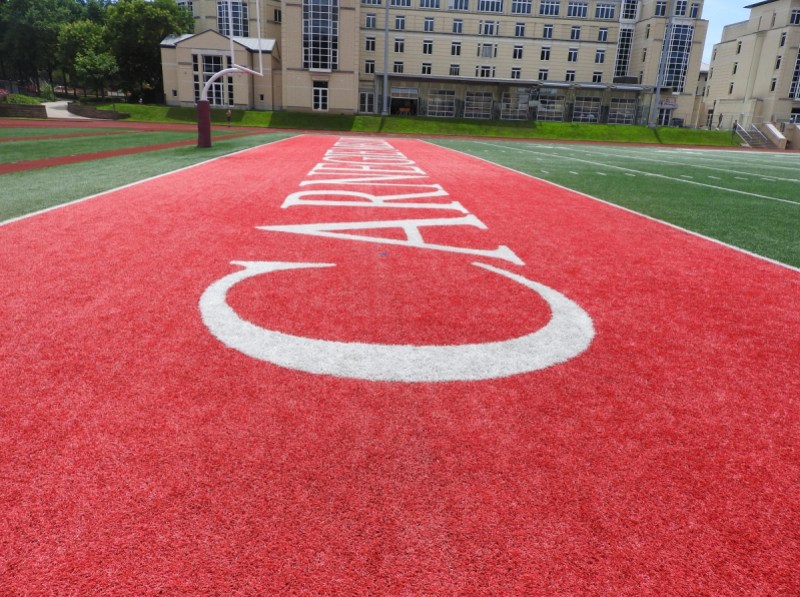 GamesBeat: Is licensed IP a good idea at some point?

Schell: It could be. It’s a tough choice. When you do your own stuff, the licensed IP can help you if you get the right thing, but on the flip side, if you’re building something you believe in, it’s such an opportunity to actually own something.

GamesBeat: People get more excited about it.

Schell: Well, they can get excited either way. We’re working on some IP right now where people are really pumped to work on them. We’re trying to figure that out. It’s an exciting time. It’s always nice seeing things blossom and change. I think we’re going to see a lot of that.

GamesBeat: It seems like another important time to gather intelligence in the industry. What’s going on with Atari? How much VR is Microsoft going to do? What’s Oculus up to next year?

Schell: Right. Is Nintendo doing anything interesting? A lot of mysteries right now. A lot of opportunity. Apple, what’s Apple doing? Do they have a headset on its way? A lot of possibilities.

GamesBeat: You’ve done these inspiring talks in front of the industry. Do you have a different take when you’re talking to your own team?

Schell: I don’t know. I don’t usually have to work very much to inspire my team. It’s usually the work itself that gets everyone excited. They’re glad to hear if we’re putting good support behind it. If I really believe in something, people are pleased to hear about that. But it’s not quite the same.

GamesBeat: What about in your classes?

Schell: There are always jokes and things. The thing about jokes is — I had another professor explain this to me. I never really understood it before. The reason you want to have humor in any kind of lecture, it’s partly because people like humor. That makes it more likable. But the real reason is that — when the first joke happens, everyone around you laughs. The presence of the audience is very important. There’s all this psychology about what it means to be part of an audience. I think people don’t fully comprehend that. An audience acts like a satellite dish. You use the audience, so you can pay attention better. If everyone in the audience is laughing, and you didn’t get the joke, you know you missed something, and now, you want to pay closer attention.

But the key thing with humor is, when the first joke happens, it makes you anticipate future jokes. You don’t want to miss them. To get a joke, you have to pay a certain level of attention. So, your mind starts paying attention in a way that it wouldn’t otherwise. That’s why you have the old saying about starting your talk with a joke. It makes people pay attention. The problem is, if they anticipate jokes and no more jokes come, you disappoint them. But if you can punctuate with humor all the way along in the right places, it can be very effective.

For us, me giving talks is a huge part of what makes the company work. We get a lot of our inbound business development that way. Someone sees me give a talk somewhere, they want to know more about what we do, and that ends up leading to a million-dollar project. Those end up being important. Fortunately, it’s something I’ve been fairly successful at.

GamesBeat: The humor makes it memorable, too. It’s easier for people to remember the point you made because they remember the joke. 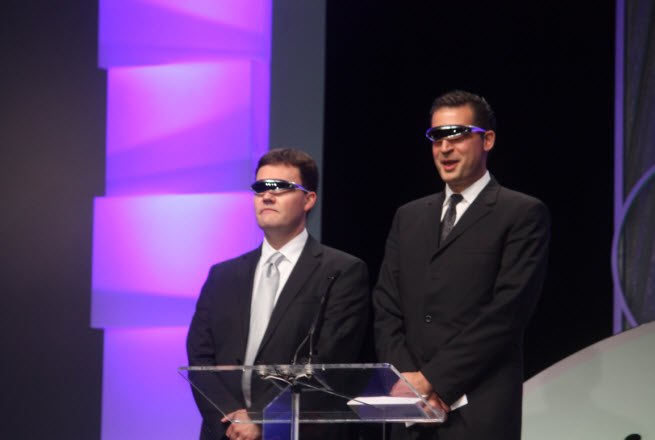 Above: Jesse Schell and David Perry at the DICE Awards.

Schell: Pittsburgh is clicking along nicely. Carnegie Mellon continues to thrive. The Entertainment Technology Center has been in a real groove for quite some time. I feel like we’re continuing to do that well. The nice thing for the ETC is — we started out as kind of an island, and now, we’re moving in to be more fused with the campus. You’ll see when you visit the office. It’s way off campus, down by the river. That was great for getting it established, but at this point, I think we gain a lot more by having more active collaboration. We’ve had some, but it’s hard to do at a distance. We’re all hoping we can move back up on campus and work with robotics and a lot of these other groups we don’t normally work with.

What Pittsburgh needs are some hits in the tech space. If we have a couple hits here, where someone brings in millions and billions, that’ll turn things around. We’ve had some. One of the biggest ones for the city has been University of Pittsburgh Medical Center. That’s been a huge impact on Pittsburgh. They’re a major insurer. One of these big buildings down here is all theirs. Because they’ve been so successful, that’s created a lot of med tech stuff here. 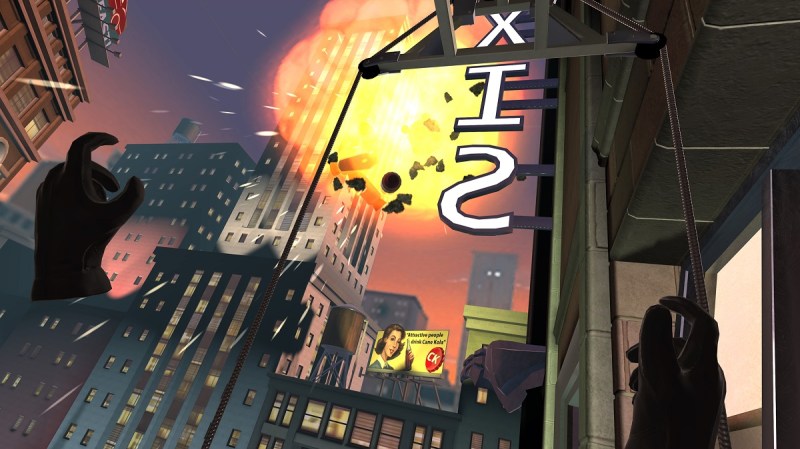 Above: Schell Games made I Expect You to Die for the Oculus Rift.

For Schell Games, the next step — we’ve done a nice job building a stable company, doing great work, doing some cutting-edge projects. I feel like we’re well established when it comes to doing work for hire. But we’ve never created our own hit. We’ve created some IP of our own, and some of it’s done OK, but none of it’s been a mega-hit.

We’re focused on how can we make something that builds a strong relationship with a player base? We’re not thinking about it so much as, “Let’s make a hit,” or “Let’s sell so many units.” It’s about, “What can we do that creates this loop for players where they really care?”

When I worked on Toontown Online, that was one thing that really worked out. Toontown shut, I forget, four or five years ago? Which was very sad. But the fans took over with pirate code and just put it back up themselves. That happens with a lot of MMOs, but I don’t think I’ve seen one like this. Those guys just crossed their millionth login. They have a million individual accounts. This weekend is the ReplayFX retro gaming festival. The Toontown guys will have their third Toontown Online fan festival for a game that went out of business five years ago because they care so much about that game.