Schell Games is expects to release I Expect You To Die 2: The Spy and the Liar this year. This virtual reality game is a sequel to the funny 2016 original.

I Expect You To Die 2: The Spy and the Liar will have new missions and an in-depth storyline similar the theme of the original, which was a comic James Bond-like spy game in which the player had to escape from a villain’s trap. The title’s inspiration comes from the film Goldfinger, where the villain says, “No, Mr. Bond, I expect you to die.”

The Pittsburgh, Pennsylvania-based Schell Games said it created the sequel because of the overwhelmingly positive response from gamers and the game press. I Expect You To Die generated $6 million in revenue, which is pretty good for a VR title as the platform is still in its nascent years. And VR has been picking up steam with the launch of Facebook’s Oculus Quest and Oculus Quest 2 wireless VR headsets.

After secretly surviving the events of the first title, your character goes deep undercover to explore the intelligence the Agency received regarding Zoraxis’ move for world domination. Players will embark on brand new missions to figure out what Zoraxis is up to, use their spy skills to retrieve vital intelligence for the Agency, and try their very best not to die mid-mission. 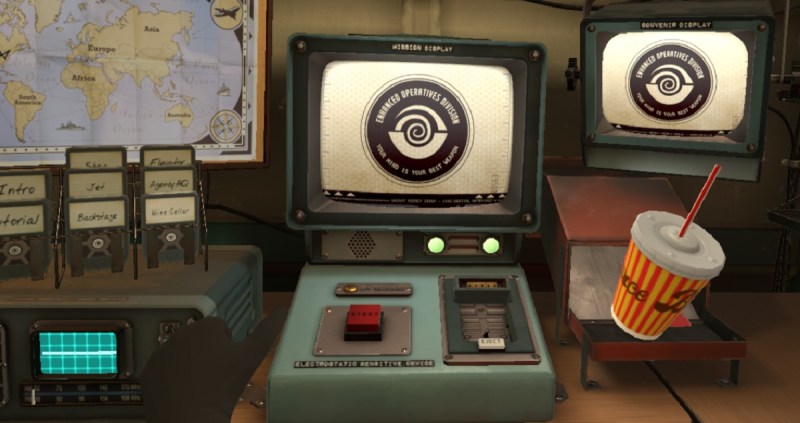 Above: The pressure will be on to escape in I Expect You To Die 2.

CEO Jesse Schell said in an email to GamesBeat that the original I Expect You To Die was the company’s most popular VR game. So the team responded by starting the sequel in the fall of 2019.

“We wanted to build on the success of the original game, but find ways to take it someplace new,” Schell said.

Schell will be speaking today about VR and the metaverse at our GamesBeat Summit: Into the Metaverse conference today. (You can sign up here.) The company will announce which VR platforms the game will hit later.