Planetoid Pioneers is a sci-fi sandbox game where you visit little “planetoids” and explore the physics-based environments. It is debuting today on Steam Early Access on the PC.

The game from independent developer Data Realms is sort of like Minecraft in space, and it is counting on users to help make the game into a viral success. It’s shipping as an incomplete game. But that’s because it is counting on players to contribute their own items to it.

Instead of creating a modding community, Data Realms is fostering a contributor community. That means that, rather than tinker with it after it’s done, Data Realms wants people to contribute items into the official game before it is done. Amazingly, the game has been a labor of love for seven years. Dan Tabar, founder of Phoenix, Ariz.-based Data Realms, showed it to me last year when it was still undergoing a lot of changes. But I think it will draw curious gamers.

Data Realms previously built Cortex Command. Now it is inviting those who wan to remix content using its Crush2D game engine. Planetoid Pioneers Contributor Edition will sell for $40, and it will include all the game content and tools the developers use themselves in the 2D physics action ­exploration game. 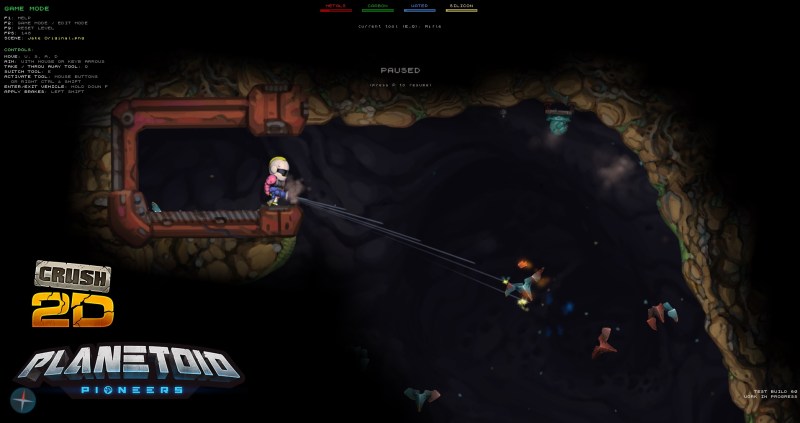 Data Realms will curate the contributed content, and it will give them credit if their work makes it in the final game. But it will also allow contributors to sell their content on the Planetoid Pioneers Item Shop.

“We’d like to take it one step further by opening up the potential of Steam Workshop for indie developers and giving the community a chance to help build our game,” said Vlad Micu, one of the developers of the game.

“In the spirit of bringing your own game ideas and feedback to life, we want to evolve the concept of Early Access with our powerful engine and integrated tools,” said Tabar, in a statement. “Words can’t capture the feeling of what we’re trying to do with Planetoid Pioneers so we’re giving the public an in­-depth, behind­-the-­scenes look on Twitch on launch day. As we speak, our community of contributors are uploading their own creations to fight it out in the Coliseum Planetoid live on Twitch.” 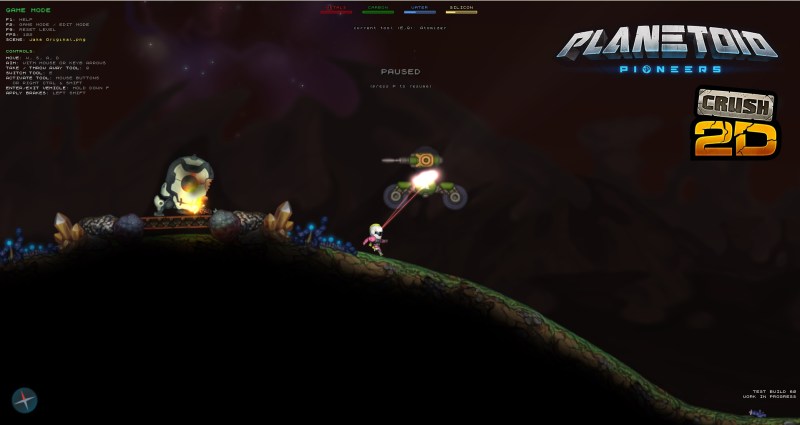 Above: Planetoid Pioneers lets you design your own little world.

The story behind the game is a bit goofy, and it stars a character who is an old man. After his space yacht undergoes an irksome Rapid Unplanned Disassembly, he finds himself marooned on a large Planetoid outside the orbit of Mars. To overcome this interplanetary Robinson Crusoe scenario, he needs to use Atomizer and Assembler tools to gather local resources and turn them into various vehicles, contraptions, and even organic life forms. Your job as the player is to explore, survive, and ultimately build a resource-­intensive spacecraft to escape the mysterious caves and dangers of this circular world.

The game has four-person cooperative multiplayer, vehicles, modding tools, and unique life forms. The game is available now on Steam Early Access on the Mac, PC, and Linux.