Rare revealed A Pirate’s Life during E3 last week. This new adventure for Sea of Thieves will give players a chance to adventure with Pirates of Caribbean star Captain Jack Sparrow, and it’s coming to the Xbox and PC game as a free expansion on June 22.

Still, many things about the experience are still unknown. I was part of a recent virtual preview for A Pirate’s Life, and it gave me an opportunity to learn a lot more about Rare’s Disney crossover.

And so, much unlike a pirate, I’ve decided to share this treasure of knowledge with you all. I’ve picked out five of the most interesting nuggets that I learned from Rare.

You can play it by yourself

Are you a Pirates of the Caribbean fan who is worried about finding a crew of other players before starting A Pirate’s Life? Don’t be! Rare has created the story so that it crews of one, two, three, or four players can enjoy it. The difficulty and gameplay will scale based on the size of your party.

Playing by yourself may sound like a lonely experience for a game that prides itself on co-op multiplayer, but you will have Jack Sparrow along to help you. He’ll assist you during fights by manning the cannons, and if you’re exploring the open seas, you can find him looking at your map and commenting on the names of the game’s many islands. 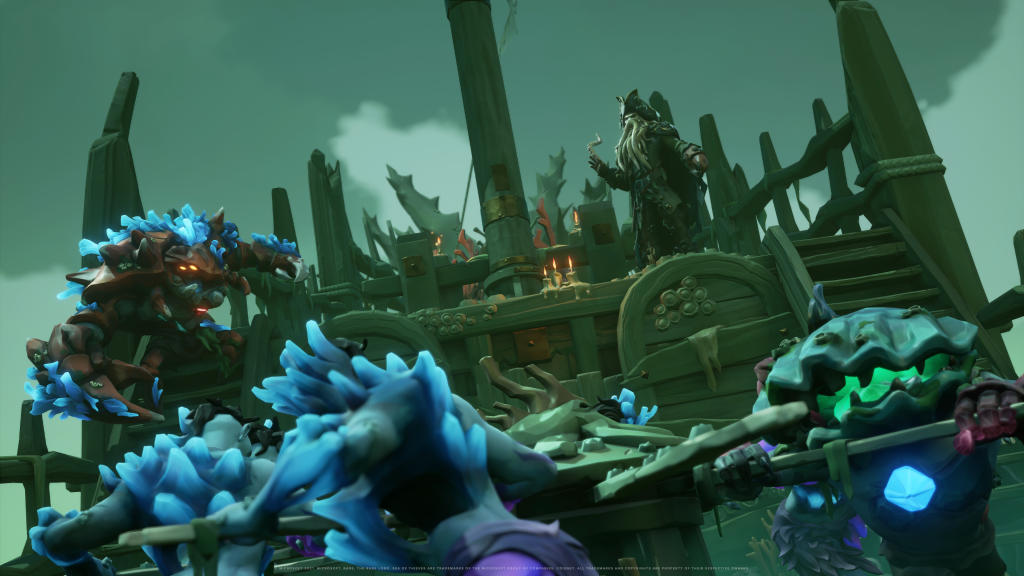 Above: Jack Sparrow isn’t the only familiar character you’ll encounter.

You can start the story with a new character

Maybe you want to try A Pirate’s Life, but you aren’t a Sea of Thieves player. You’ll be fine. Even new characters can start the campaign.

Granted, you do have to at least complete the game’s opening tutorial, so A Pirate’s Life can’t be the literal first thing that you do. Still, that shouldn’t take you too long.

You can’t play as Jack Sparrow

Sorry, you won’t be able to play as the captain himself. However, you will be able to buy Pirates of the Caribbean-themed cosmetics for your character, including Jack Sparrow’s famous pirate outfit.

Sea of Thieves is still a game about being your own pirate. It’s also still, well, Sea of Thieves. A Pirate’s Life doesn’t turn the experience into a full-on Pirates of the Caribbean game. Rather, it brings the Disney characters into Sea of Thieves’ world. 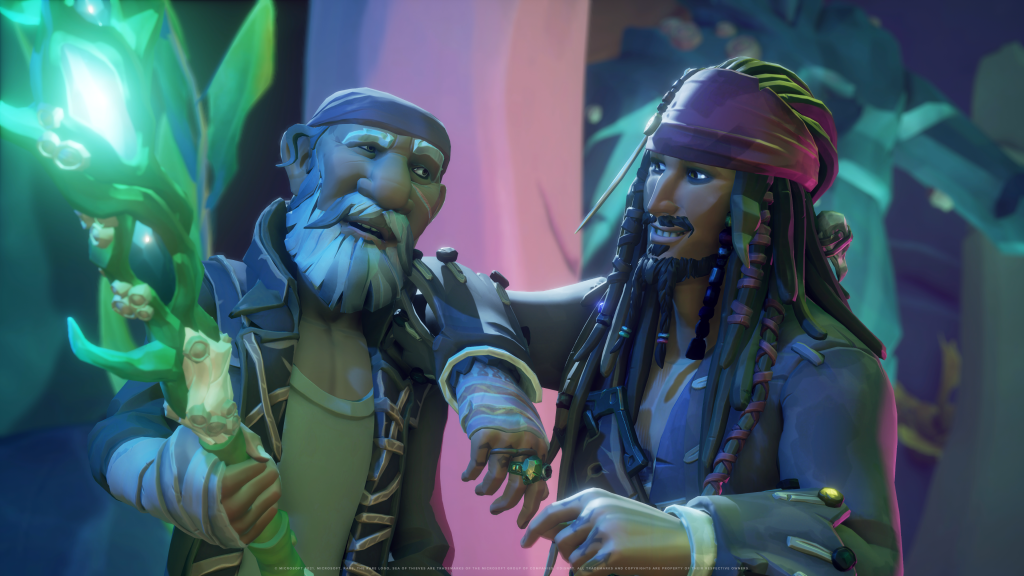 Above: Jack acts as something of an AI crewmate during parts of the adventure.

No, that isn’t Johnny Depp

Jack Sparrow’s voice sounds convincing in the game, but it isn’t Johnny Depp you’re hearing. Rare hired Jared Butler for the role. The actor has voiced Jack before, including for 2019’s Kingdom Hearts III.

He also did the voice of the Mad Hatter in 2010’s Alice in Wonderland game (yes, they made a game based off of that movie), so he is an experienced Johnny Depp voice double.

It takes inspiration from the ride as well as the moves

I do like the Pirates of the Caribbean movies (some of them more than others), but my heart truly belongs to the original ride. So I was happy to hear that Rare is taking just as much inspiration from the Disneyland masterpiece.

You may have already noticed a tribute to the ride’s famous dog-and-key scene in the reveal trailer, but the game also has homages to other moments from the ride, including the mayor interrogation scene and the pirate ship attack. You’ll also hear a version of the eerie narration from before the ride’s second drop.

Oh, and you can also learn how to play the famous Pirates of the Caribbean song, “Yo Ho (A Pirate’s Life for Me).” That is reason enough for me to play Sea of Thieves’ new adventure.