It is no secret that Microsoft has struggled to deliver compelling exclusives to the Xbox One. Even Microsoft gaming executive Phil Spencer admits the company can do a better job. By contrast, PlayStation 4 exclusives like Horizon: Zero Dawn and Uncharted: The Lost Legacy earned critical acclaim and sold well over 2 million combined digital copies in 2017.

Meanwhile, Microsoft relied on third parties and Forza Motorsport 7 to carry the launch of the Xbox One X. On the surface, Microsoft’s game library seems to lag far behind rival Sony. However, the Xbox maker actually has some major advantages that will become apparent with the launch Sea of Thieves in March. 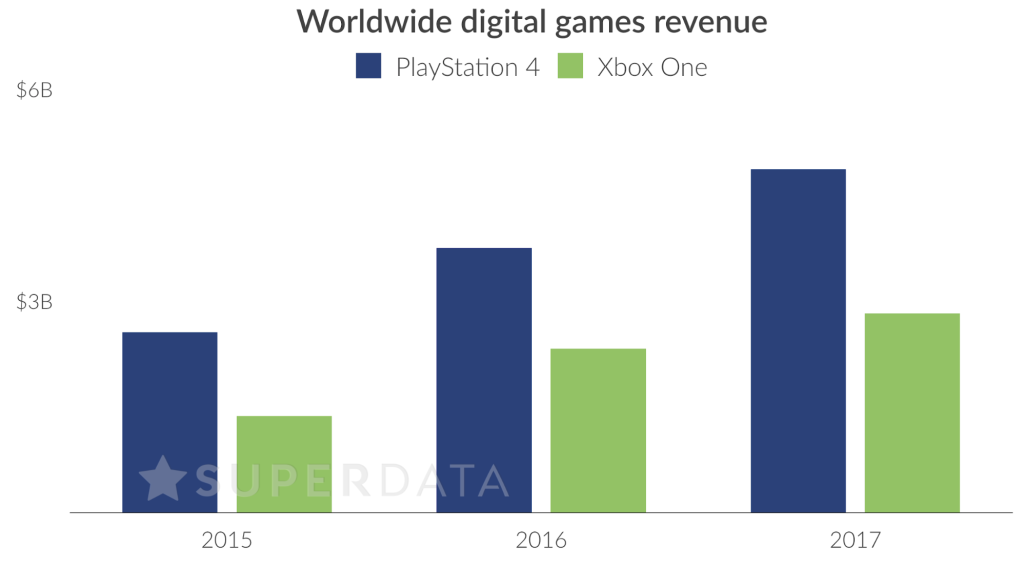 Sony’s first-party studios have a track record of churning out game of the year winners, but these are generally short-lived, single-player offerings. Sony has struggled to publish multiplayer experiences that generate consistently high revenues in the long term. The success of games like Capcom’s Monster Hunter: World, which sold 1.6 million copies in January, shows gamers are hungry for titles they can play online with friends for months or years after launch. Sony’s lack of multiplayer titles may become a liability in the current landscape.

Sea of Thieves is a thoroughly modern game-as-a-service offering. The pirate action-adventure game places a heavy emphasis on unstructured multiplayer hijinks that have the potential to keep players engaged for a long time. It has already proven to be a hit among viewers. In the third full week of February, the game was one of the top 20 on Twitch (by hours viewed) while it was still in beta.

Sea of Thieves is poised to attract a large player base thanks to its low barrier to entry. As a “Play Anywhere” title, Sea of Thieves enables Xbox One and PC owners play together. Microsoft also made headlines by announcing that Sea of Thieves and other future titles would be included in its Xbox Game Pass service. Anyone who signs up for the $10 monthly subscription will be able to try the title without having to pay the $60 sticker price.

Microsoft is sacrificing some early Sea of Thieves revenue to boost the appeal of Game Pass. The success of subscription services like Netflix and Spotify shows that consumers often prefer paying a flat monthly fee instead of buying content a la carte. Microsoft believes gamers are no different and that they’ll be able convert this consumer preference into stable, recurring revenue that music and video platform owners have embraced.

Rumors have been swirling that Microsoft is looking to acquire game studios to beef up its selection of exclusive games, but the company has no need to produce as many exclusive games as Sony. If Sea of Thieves and future games can keep players engaged for months, Microsoft can close the gap with a small number of titles. Sony currently leads in the console space, but games like Sea of Thieves are how Microsoft could win the future.

Carter Rogers is the senior analyst on the Insights team at SuperData Research, and he specializes in interactive media segments including mobile games and virtual reality.