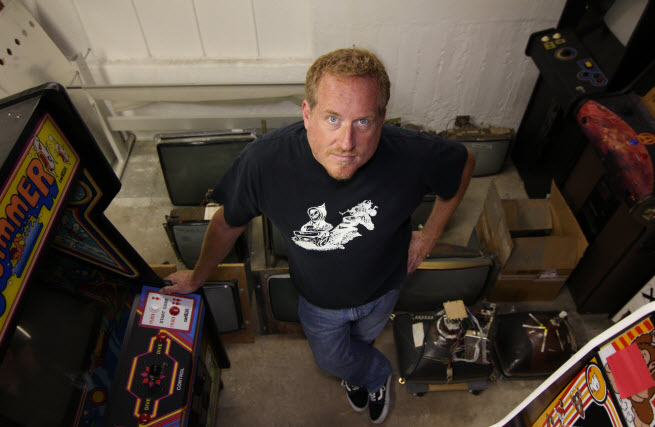 If you grew up playing Missile Command, Asteroids, Centipede, and Battlezone, take heart: The men who created those games are now building iPad and iPhone games.

Seamus Blackley, co-creator of the Xbox and president of Innovative Leisure, has assembled a “dream team” of old Atari game designers and set them to work building iPad, iPhone, and iPod touch games. He’s assigned these “geriatric” experts to work with young programmers to develop new arcade-like games for Apple devices. He is betting that gameplay, not distribution power or brands, will triumph in the mobile gaming business.

He and his partner chief executive Van Burnham have recruited a team of veterans from the “golden age “of Atari in the 1970s and 1980s to create games for the “new arcade” on iOS devices. They include Ed Rotberg, creator of the classic Atari game Battlezone; Owen Rubin, creator of Major Havoc and Space Duel; Rich Adam, creator of Gravitar and co-developer of Missile Command; Ed Logg, co-creator of Asteroids and Centipede; Dennis Koble, creator of Touch Me and Shooting Gallery; Tim Skelly, the only non-Atari veteran arcade game designer who worked for Cinematronics and created games such as Rip-Off; and Bruce Merrit, creator of Black Widow.

We caught up with Blackley in a fireside chat at our GamesBeat 2012 conference, where he made fun of my fish tie. Here’s an edited transcript of our interview.

GamesBeat: So what’s the business idea behind Innovative Leisure?

Seamus Blackley: It’s to go and find those designers who initiated the whole thing in the first cycle of casual games in the industry, which was the explosion of the arcade business. We got together all of these people from Atari to make new games. Every classic arcade game you can think of, every style of gameplay that you can think of, were more or less all of them, at one point, at Atari.

GamesBeat: It seemed like a great idea for you, to take advantage of the sort of retro urge among a lot of older gamers…

Blackley: Well, there’s the retro urge, but I don’t think that’s the important factor. The important factor is that you have this whole audience of people who are lapsed gamers, who stopped playing games when they turned into movies. They want to have a game experience on whatever device is in front of them. In fact, when you look at what’s going on with Blackberry today, Blackberry failed to have games. And devices that fail to have games fail in the marketplace.

It’s a very interesting thing. People expect to be entertained, and they expect to be entertained in a way that’s very seamless with life. It’s very low friction. It’s a moment that’s identical to what happened when video games first showed up in arcades. It’s a moment that’s also identical to when home consoles started to take off. The people who wanted to play games, they wanted to play them in a way that integrated into their lives. I think that the main emphasis for this company, these are the guys who first came to that idea…. To a modern audience it’s very new. Games that fulfill that same need to play a game right now for a little bit before I go back to work, before I go on with whatever I’m going to do.

Blackley: A lot of the fears about the rise and fall of games from a business standpoint are kind of funny in the context of these cycles of waxing and waning in the industry. If you look at it as a pure business proposition, you say, well, social is hot here, games that are social are going to win. It’s not true. Games that are good are going to win. You can actually almost accurately track the growth and contraction in the games business according to whether or not the games we were producing were satisfying. What’s happened with the explosion of mobile and social games is we’ve discovered that an audience has a huge pent-up demand for a kind of game we’re not giving them. It doesn’t mean there’s not still demand for console games, it doesn’t mean that there’s not still demand for all good games. The explosion in growth fueled by the discovery of this new audience tends to sort of drumbeat out the rest of the business. People who look at it strictly in terms of growth in numbers on spreadsheets tend to predict the demise of sectors, much as they predicted the demise of the PC industry a couple of console cycles ago, much as they predict the demise of the Xbox thank to social games now… Yet we have a very strong PC business that’s grown, and it’s growing even faster now that we’ve tapped other pent-up demand in the form of things like Kickstarter. You see people willing to give millions of dollars for PC games. It doesn’t indicate that the audience is looking to be entertained in new ways. It indicates that the audience is looking to be entertained in the ways that they love, and it doesn’t necessarily follow the business cycle a lot of people are predicting.

Blackley: The reaction is great. It’s the same reason that Tim Schafer has been successful on Kickstarter, and other people. People love to play games that they love. And when you say that you’re going to get the band back together, people who invented a lot of fundamentals of gameplay and made these great games. People realize that their connection to the games on mobile devices is very much like the connection that they had to games in arcades. The idea of… 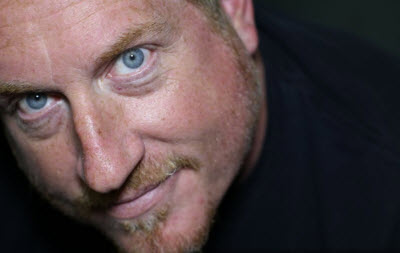 GamesBeat: Nobody ever really tried to get the Atari guys back together, right?

Blackley: Well, no. The human brain is magnificent and tragic at the same time. The tragedy is that when things sort of leave your view, you forget about them. I think one tends to assume that those things are old and those designers are gone and there are new designers now. It turns out, and Van and I were lucky enough to meet these guys at their annual golf tournament, that they are still epically smart and incredibly interested in game design, and they’re great friends.

They have this incredible rapport, which is a fancy way of saying that they give each other a titanic amount of crap, constantly. It comes from the feedback process when they were in the Atari lab. These guys came to Atari in an era when Atari has a huge amount of success with Pong, huge amount of success with Pong knockoffs, but Nolan and the other guys at Atari had no idea where to go next. It was a company based on copying a couple of games and engineering a solution that would allow them to be cheap enough that you could play it on a television. It took off. Where do you go now?

We need guys who can come up with ideas for new games. What the heck is that? Nobody knew what a game designer was. They made a couple of lucky hires and hired some guys who started to figure out what it was to come up with new ways to make games. Those guys that went on to invent things like driving games, shooting games. The concept of three lives. Crazy, fundamental things that you don’t think needed to be invented, but they had to be invented, and these guys did it by working together. Exploiting the sort of computer counterculture stuff that was going on in the ’70s to figure out what it meant to be making these games. They went on to have what still is the longest consecutive string of hits in the history of game design, and it was because they wanted to work together and were constantly thinking of new ideas and giving each other feedback about those ideas. So we met them and saw they still had that. It was obvious that somebody needed to give them a shot at getting back together.