I sure am loving my Sega Genesis Mini, and I think you will too. Sega has sent me an early system, and I’ve been delving deep into the classic console’s built-in library of 42 games. You’ll have a chance to buy one of your own for $80 on September 18.

I was a big Sega fan when I grew up, so many of these games were cornerstones of my childhood. But my enjoyment is extending far beyond playing through Sonic the Hedgehog for the 50th time (although that is quite lovely). I’ve put together five of the biggest reasons people are going to love the Genesis Mini as much I do.

Classics that still hold up

Above: Sonic the Hedgehog — the original.

It’s a common fear — that you loved in childhood doesn’t hold up today. Playing through the Genesis classics makes me happy because these games are still fantastic.

I’ve played through the original Sonic the Hedgehog dozens of times, but I still had fun playing through the blue hedgehog’s first adventure again on the Genesis Mini. It’s one of the best 2D platformers ever, thanks to clever multipath level design and one of the greatest soundtracks in all of gaming.

Ecco the Dolphin is just as eerie and beautiful as I remember it being when I was a kid, and Earthworm Jim‘s impressive animations and sprites still look spectacular. These games were great, and they haven’t lost any of their luster.

Above: The Genesis controller — my first love.

Man, the Genesis controller rules. I just love looking at that thing. It’s still one of the more comfortable pads to hold in your hands, and there’s something novel about those three horizontally aligned buttons (especially in our modern era, where everyone uses the same four face-button configuration).

I’m even a sucker for the color scheme, that bold black with just a bit of white and red accents. Even the parts that don’t make sense are endearing. Why does it say “trigger” above the face buttons? I don’t know! But I approve. 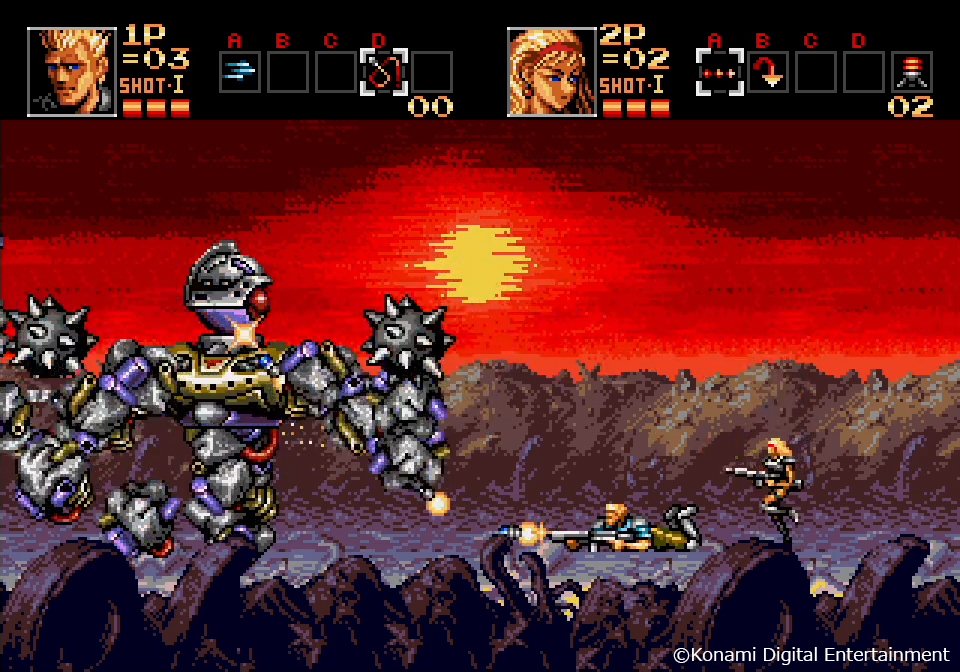 Above: Contra: Hard Corps — fun with a friend!

The Genesis Mini comes with two controllers, and it includes some fantastic cooperative games to play with friends.

Contra: Hard Corps and Gunstar Heroes are two of the greatest run-‘n’-gun games of all time. Streets of Rage 2 is still one of my favorite beat-’em-up titles. And you also have World of Illusion, a charming two-player sidescroller starring Mickey Mouse and Donald Duck.

Some of the most fun you’ll have with the Genesis Mini will happen when you’re playing with a friend. These cooperative experiences make up many of the system’s best games.

A lot of variety 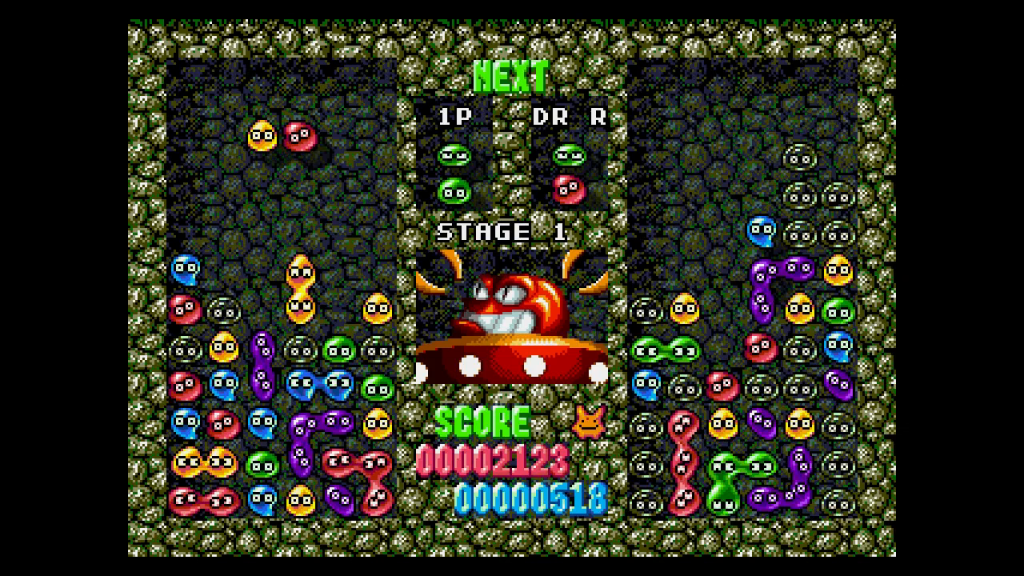 Above: Dr. Robotnik’s Mean Bean Machine — a soldier from the Puzzler Wars.

I already talked about some of the classic platformers and cooperative titles, but the Genesis Mini and its built-in library of 42 games has a little bit of everything.

Along with all of the sidescrollers and shoot-’em-ups, the Genesis Mini represents the best genres of the 16-bit era well. 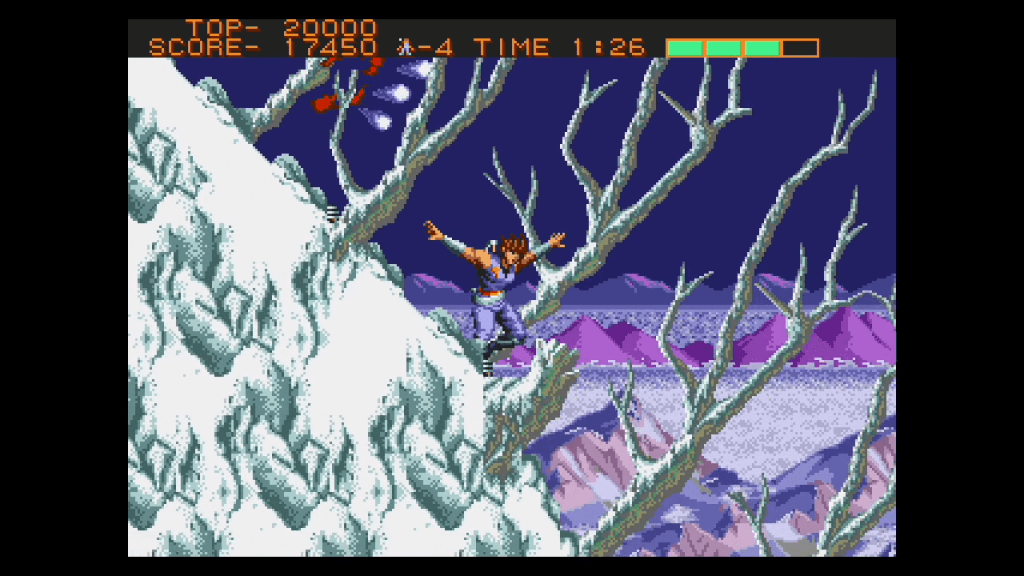 Above: Strider — a fresh experience (for me).

With 42 games, you’re unlikely to have already played everything in the Genesis Mini. This gives the opportunity to try some experiences for the first time and discover new favorites.

For me, I was shocked by how much I enjoyed Strider. I had heard of this Capcom arcadey sidescroller before, mostly because Strider was a character in the Marvel vs. Capcom series. I had no idea that the game was so fun and bonkers. It’s like a high-octane futuristic ninja roller coaster ride.

I can also finally say that I own Mega Man: The Wily Wars. This collection has 16-bit remakes of the first three games in Capcom’s iconic series. Wily Wars was only available in the U.S. before through the obscure Sega Channel service. Now I can play it whenever I want.

I’m still excited to try more games on the Genesis Mini. Going through them and playing my beloved favorites will be keeping me busy for a long time.