Read our interview with one of the people most-responsible for the Sega Genesis.

Twenty-five years ago today, the Sega Genesis launched in the United States. We’ve decided to celebrate the landmark by looking back at the five games that helped define the classic console’s legacy.

Keep in mind, these aren’t the five best games to ever come out for the system. Rather, these made the Genesis what it was, whether through historical significance or by helping the console create its identity.

Enjoy the list, and save us a piece of cake. 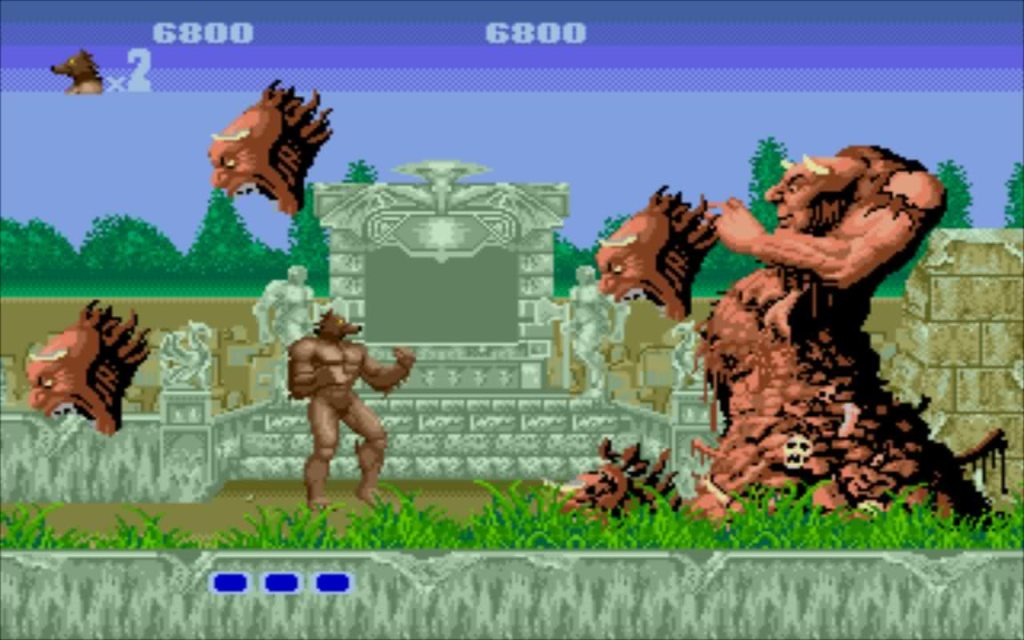 Above: Flying heads are always bad news in video games.

What it was: A port of Sega’s arcade hit, Altered Beast was a side-scrolling beat-’em-up starring a ripped dude in Ancient Greece who could slowly transform into a powerful best, making it much easier for him to punch and kick wolves, flying heads, and … well, whatever that thing up there is.

Why it was important: Most of us remember Sonic the Hedgehog as the game that came with the Genesis, but the first Sonic didn’t come along until a couple year’s after the console’s launch. Until then, Altered Beast actually came bundled with every system. Sure, it wasn’t the prettiest or most elaborate game, but it showed off just how well Sega’s new console could replicate arcade-quality graphics and gameplay. 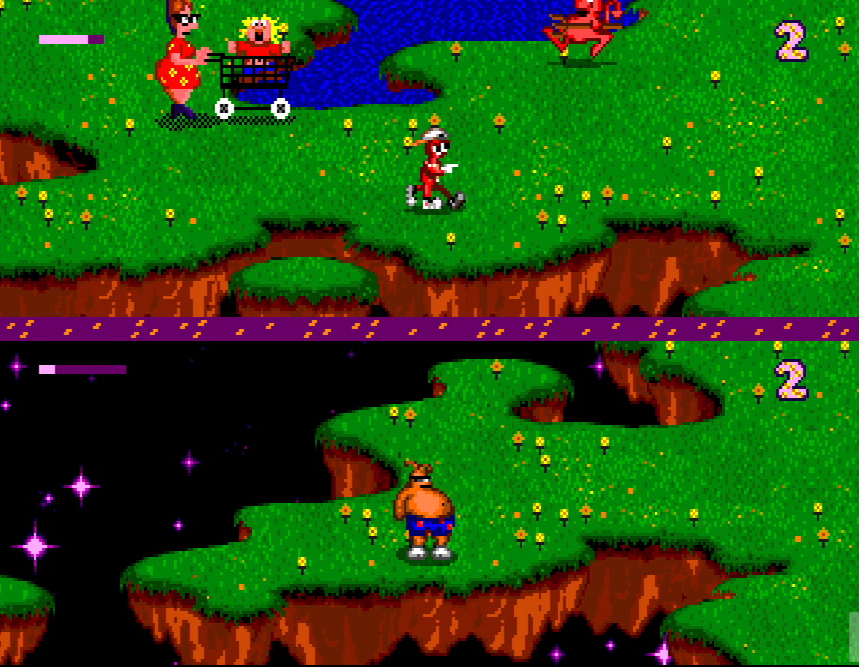 Above: They are two wild and crazy guys.

What it was: Two aliens, ToeJam & Earl, crash on Earth and must find the pieces of their broken spaceship before they can get back home. It plays like an old-school dungeon crawler, with a top-down perspective and randomly generated levels. It also featured two-player co-op.

Why it was important: Because it was so wonderfully weird! ToeJam & Earl combined ’90s funk with surrealist science-fiction. Nothing makes sense in this game. Why is Earth represented by a bunch of islands floating in space? Why are mailboxes and tomatoes so deadly? Where are all those elevators coming from? ToeJam & Earl was unlike anything you’d find on a Nintendo system, and it went a long way toward establishing Sega’s brand as the cooler, hipper alternative. 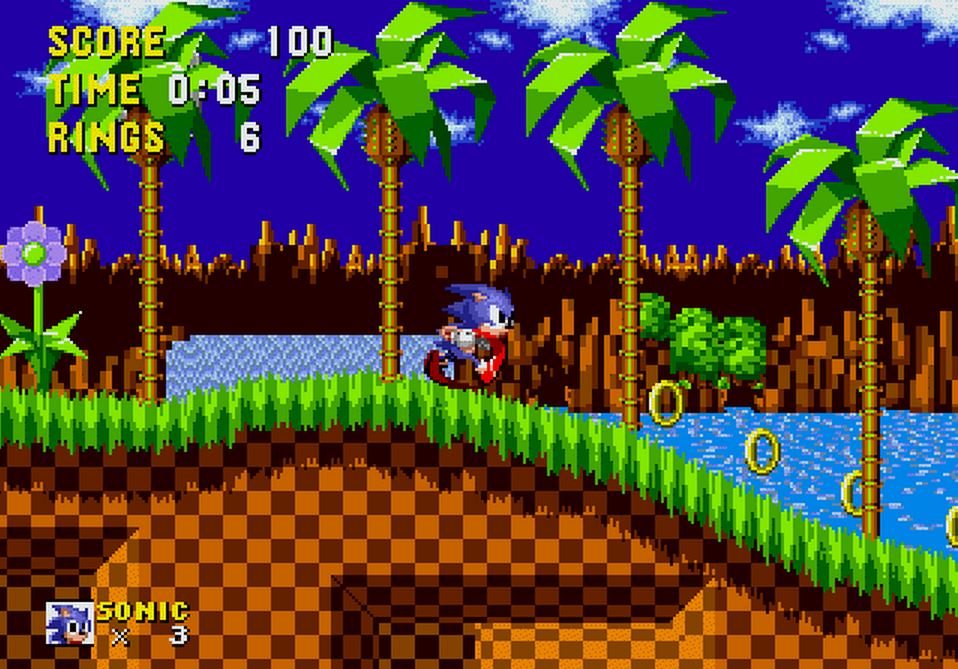 What it was: Sonic the Hedgehog was a 2D platformer that featured a speedy character who would collect rings, run through loops, and constantly defeat the bumbling Dr. Robotnik.

Why it was important: Because it established the Genesis as a legit competitor to Nintendo. Sonic’s fast gameplay wowed the public back in 1991, making everyone run out to get a Genesis (which conveniently now came bundled with Sonic the Hedgehog). Sonic helped put systems in home, ensuring the Genesis a long, healthy life. 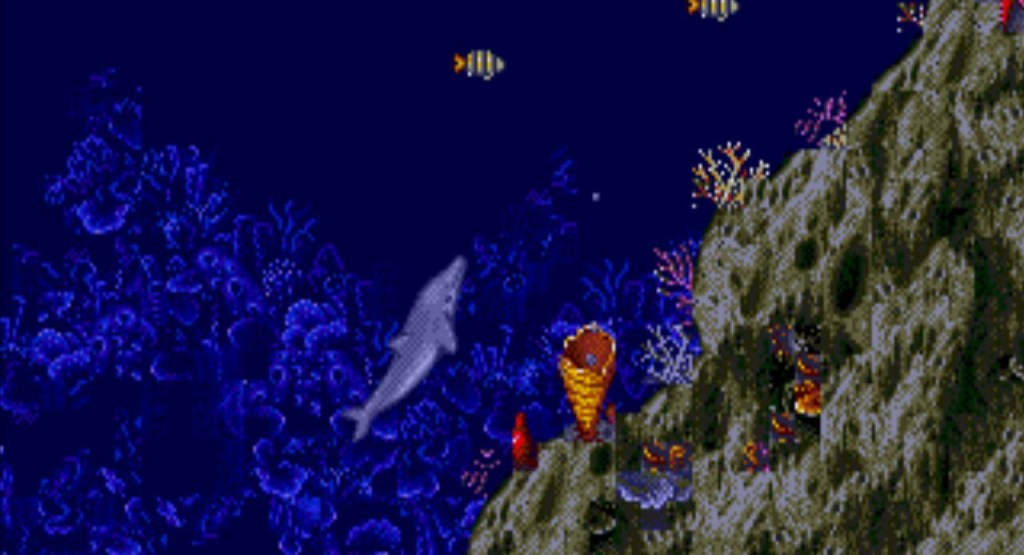 Above: Somehow this game about a dolphin was incredibly eerie.

What it was: Ecco, a dolphin (or the dolphin, if we’re to believe the title), travels through time to fight aliens and save his pod.

Why it was important: Remember when I said that ToeJam & Earl was weird? Ecco might be weirder for completely different reasons. While ToeJam & Earl was incredibly silly, Ecco took itself very seriously. It was a haunting, eerie adventure starring a dolphin that looked, well, like a dolphin. He wasn’t a cartoon character or anything like that; he looked exactly like a real dolphin. In a time when most games were either geared toward children with colorful characters or used violence to look edgy, Ecco was refreshingly thoughtful. And hard. God, it was hard.

What it was: Mortal Kombat was a fighting game featuring over-the-top violence and incredibly graphic fatalities (aka murders).

Why it was important: Mortal Kombat was an insanely popular arcade game that received ports on the Super Nintendo and Genesis. While the Super Nintendo version was technically superior, Nintendo replaced all of the blood with sweat. Sega, however, allowed its players to see all of the gory goop by putting in the infamous blood code. Nintendo was like the mom that covered your eyes during the best parts of an action movie, while Sega was the cool uncle that lent you his Playboys. Unsurprisingly, the Genesis version was much more popular. It also lead to the ratings system that games in the U.S. use today.