Sega continues its move westward with an acquisition and two studio investments.

Sega Networks announces the acquisition of independent developer Demiurge Studios today. The company did not disclose the cost of the acquisition, but says that he Cambridge, Mass.-based game maker underscores its commitment to investing in the West. This move, along with a majority share investment in San Francisco startup Ignited Artists and a strategic investment in London-based Space Ape Games, gives Sega a solid foothold in the mobile gaming market, which is expected to hit $30.3 billion in 2015.

Demiurge started as a console developer, but transitioned from a work-for-hire support studio into a mobile developer starting in 2008, and is now best known for its hit iOS and Android game, Marvel Puzzle Quest. Senior vice president Chris Olson told GamesBeat in a briefing the studio is a good fit for Sega.

“There were a lot of similarities,” Olson said. “For Demiurge, it made a lot of sense. From Sega’s standpoint, there’s a long history in games. They come from a console background, and they worked on some of the best games in the industry. And they’ve had a successful pivot transition to the mobile and free-to-play space, which we found very interesting and important in terms of the direction that we’re currently going as a business.”

Chief operating officer Minoru Iwaki tells GamesBeat that this acquisition is just the first step for Sega Networks, which now employs around 650 individuals worldwide. The bulk of these employees are based in Tokyo as Sega Networks was spun off in 2012 from Sega Japan. And in the West, workers number near 100, all studios included. The main Sega Networks office is in San Francisco (though Sega HQ has moved to Los Angeles), with offices now in Boston and London.

“After the explosion of the smart device market, we looked at the western market, which is totally different from Asia,” Iwaki explains. “Our philosophy is to be independent in that market as much as possible. We keep on strengthening our pipeline and marketing prowess within the western market as much as possible. Teaming up with Demiurge is just the first step of our aggressive penetration that has started.”

Sega Networks did not acquire rights to Demiurge’s popular match-3 puzzle fighting game, but it will support it going forward, though it has yet to be decided on how publishing will be handled.

“It’s business as usual,” Olson said. “They’ve obviously done very well with that game and they have a relationship with D3, the publisher. To clarify, we did not get the actual rights to Marvel [Puzzle Quest] with that acquisition — that’s a separate relationship. But we fully intend to strengthen the title and help it be all that it can be.

The studio will continue business in Cambridge, working under the Demiurge Studios name. CEO Albert Reed will move to vice president of product management at Sega Networks, though he will maintain his title of studio head.

“We want to keep them doing what they do and figure out what kind of synergies we can benefit on in terms of merging our know-how and also tapping into theirs,” Olson said. 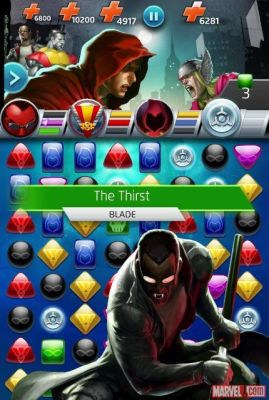 Above: Marvel Puzzle Quest on mobile.

Though the game is out of the question, Sega does keep the mobile game engine that runs Marvel Puzzle Quest.

“That was a key part of the acquisition,” Olson says. “With that, we have the engine that runs Marvel Puzzle Quest, and certainly we’re happy to pick that up as part of the deal.”

Sega Networks will continue its charge on the smartphone market, with a focus on free-to-play releases, says Iwaki. The company will announce new IPs, but it will also support of established Sega brands moving forward.

“We have a breadth of IPs that we have dug into and utilized to some success in the western market,” says Olson “We’re taking a measured approach for a balanced portfolio. We’re looking to bring new IPs as well as reinforce the strength of the brands we already work with on a day-to-day basis.”

“They’re pretty much in stealth startup mode,” says Olson. “They’re a pretty newly assembled team with pretty a pretty deep pedigree. The founder was one of the first employees at Kixeye. She built up the engineering team and has a pretty deep Rolodex or talent, some of which they’re starting to bring onboard. The chief creative guy comes from Activision-Blizzard where he scaled up massive pipelines both in the west and in the east, which we think is a good match for Sega. The chief product guy has been in mobile for a very long time — free-to-play mobile, specifically.

“We’re pretty stoked to have them onboard and we see it as just another type of investment that we’re getting involved with that allows us to explore different options to build our business in the West.”

Ignited Artist’s first game is just beyond the prototyping phase. “It’s safe to say that you can look forward to some announcements in the coming months as they kind of ramp up and start honing what they’re building,” Olson says.

“Our world-class team benefits greatly from the marketing prowess and global publishing arm of Sega Networks, ” said Danielle Deibler in a statement. “With this partnership, we have the opportunity to develop properties on our own terms alongside a partner with a proven track record and shared vision.” 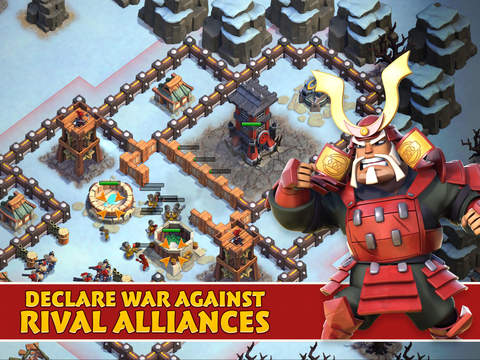 Finally, Sega Networks’ deal with London-based Space Ape Games is the first of many. It has a Japanese distribution deal for their next title, Rival Kingdoms.

“With these, including our two existing studios [Three Rings Studio and Hardlight Studio], we are really confident in our pipeline right now,” says Iwaki. “We made a lot of progress in 2014 preparing new titles. We’re looking forward hopefully for a banner year.”