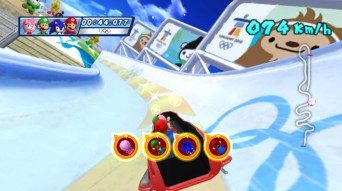 Sean Ratcliffe, vice president of marketing at Sega of America (pictured below), talked with us about Mario & Sonic at the Olympic Winter Games, the sequel of a massively popular game which sold 10 million copies.

Sega collaborated on the game with with Nintendo and Shigeru Miyamoto. The game will ship on the new Wii and Nintendo DS ahead of the Vancouver 2010 Olympic Winter Games.

VentureBeat: Mario & Sonic at the Olympic Summer Games sold over 10 million units worldwide. Do you see this sequel being an even bigger hit?

Sean Ratcliffe: We’d like to hope so. The Nintendo platforms continue to sell really well. There are more mainstream people out there who are interested in this sort of mass-market game. I also think the events of the Winter Olympics are actually more relevant to gaming. We have snowboarding, downhill skiing, bobsled, speed skating, and so on. We also have new features like the balance board and four-player cooperative gameplay. I think when you wrap all that up, our hope is definitely to exceed the original, but we don’t have a specific number in mind. 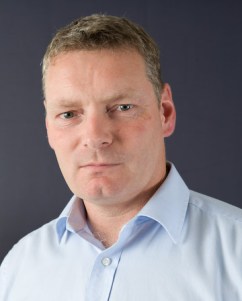 VB: Do you see this Mario & Sonic franchise as something that can continue beyond the Beijing and Vancouver Olympic Games?

SR: I think the key factor that decides the ongoing building of this franchise is basically success. Is the game successful? Are consumers happy with it? It’s quite a long list of people who are involved in making that game, from the IOC (International Olympic Committee) to ISM (International Sports Multimedia) to Nintendo to Sega. We see this as an ongoing franchise, but we can’t comment about future Olympic events. We’ve not spoken to the right people about that yet, and it would be wrong of us to sort of speculate around that. But clearly, this is a franchise that resonates well with gamers, and we’re very pleased of our success to date.

VB: How are sales of the simulation Beijing 2008?

SR: The sales have been pretty good on the simulation sports for the Summer Olympics, but what we see is greater regionalization. So in Europe those simulation sports do relative better than in North America. Part of the reason for that is that in North America we have lots of existing huge sports franchises already with Madden and NBA, and to a great degree those consumers are catered for.

VB: Did you find the same sales correlation with Mario & Sonic? 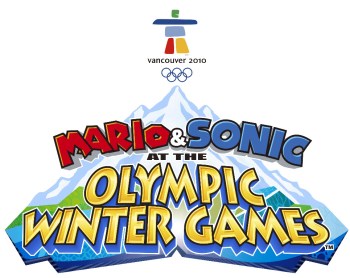 partnership with Nintendo open up the possibility of seeing those two characters together in something outside of an Olympics setting?

SR: Currently the plan is purely Olympic Games, and it would be wrong of me to speculate about whether there is going to be Mario & Sonic, this, that, or the other.

VB: Can you talk about the Wii and what the challenges are in attracting that mainstream audience that has eluded so many third-party publishers?

SR: We’re in a fortunate position because Sega does incredibly well with a lot of its games on the Wii platform. We were confident about that platform right from the start. A number of publishers were less so. Sega has definitely taken the view that the Wii platform and the audience for the Wii fits firmly in the heartland of Sega’s consumer base. Sonic does incredibly well on those Nintendo platforms. And it’s great to work with Nintendo specifically on the Mario & Sonic games, which are great sports party games. It’s the perfect family mainstream game.

VB: Sega is also going after the core audience with games like House of the Dead: Overkill and Mad World. How are consumers responding to those Mature-rated titles?

SR: House of the Dead has done very well and has absolutely met our expectations. The first set of data for Mad World is very encouraging, as well.

VB: Do you see franchise potential for Mad World with sequels?

SR: If it resonates with the audience, yes, we absolutely want to make that into a franchise. I think it’s unique, and there are many aspects of that game which are sort of pushing boundaries. And it’s just great fun. 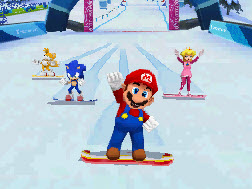 VB: What are your thoughts on the Nintendo DSi?

SR: We’re excited about the DSi, and we think it’s a great new innovation. Unfortunately, we haven’t been able to incorporate any of the functionality into Mario & Sonic because of the timing. Our team was already deep into the development cycle. We think DSi has interesting features, and it’s going to enhance the platform itself. It gives us a lot of potential to do different things with the games.

VB: Nintendo has just caught up with Wii demand and is now launching Nintendo DSi. Do you see any correlation between the first three years of Wii and the new DSi?

SR: Unfortunately, I’m not privy to how many units Nintendo is bringing out, so I couldn’t possibly comment. I’m sure they’ve learned from the Wii experience that it’s probably better to have enough stock there to fulfill demand, but I couldn’t really say. 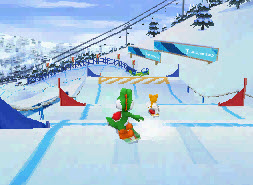 VB: When it comes to having two systems like the Nintendo DSi and the Nintendo DS both supported for a while, what impact does that have on you as a publisher?

SR: I think looking at the functionality and all the things that the DSi can do, you probably have to believe that ultimately the DSi is going to be the platform that continues and the DS will probably die out. Having said that, Nintendo platforms tend to have a long tail. It took Game Boy years before it completely died out. I think what we’ll do is look at some of our key titles and make sure that we’re incorporating functionality for the DSi, but also understand that there are millions of people who have a DS and will continue to play games on the DS. I think for a long time we’ll have to cater for both of those audiences.

VB: Will the fact that DSi will appeal to core gamers, at least first, impact what games you bring out for the platform?

SR: I think we’re not really changing our portfolio plans. With the DSi, for a considerable length of time, you’re going to have a smaller number of people compared to the DS. The bigger market is still going to be those DS consumers.  And we have no plans right now to alter our approach with the DS.