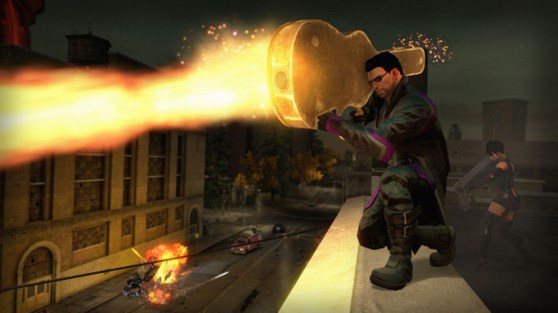 LOS ANGELES — Let’s face it: When space invaders attack the White House with kill-o-zap rays, you really want a chief executive who flips the “Oval Office secret arsenal” switch and goes a’gunning for alien ass shouting, “You f**ked with the wrong POTUS!” 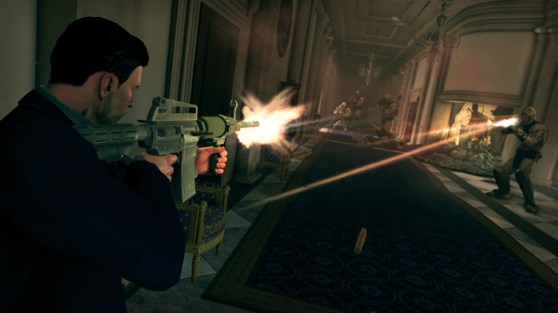 Boone: We did. Yes, we did. It’s funny — the design director on the last game tells the story about how when they were a couple of months away from finishing Saints Row the Third, he said, “We’ve probably taken this about as far as you can possibly go. There can’t be anything crazier or more over the top than what we’ve just done.” Then you finish the game, and you take a step back to collect yourself. You start thinking. Suddenly, things like superpowers start coming up.

But if you have superpowers, who the hell do you fight? If I’m picking up someone and throwing them with telekinesis, what’s a gangster going to do against that? So what if we have aliens? Then the aliens can have different abilities. Yeah, that makes total sense! Then what about the player? What’s going to be? He already took over the Saints. He became a pop icon. What do you do with him? How about he becomes the President of the United States? That seems like the right trajectory for him. We pretty quickly realized that now we could go really over the top.

Boone: I feel like we’re in the same boat. We’re saying that there’s nothing left. How do you go further than this?

GamesBeat: You could get into some Flash Gordon stuff. You gotta go conquer Mongo.

Boone: Hey, exactly. That would be the next step. 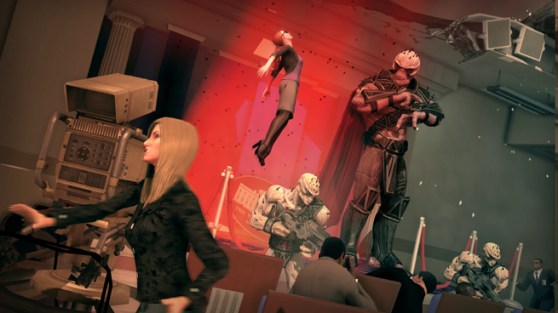 GamesBeat: You don’t start off as the president, do you?

Boone: Correct. We have our origin mission that sets up how you become president.

GamesBeat: You got re-elected!

Boone: Yes, you did! Everyone loves you after all! [Laughs]

GamesBeat: Is there a way you could go too far in Saints Row? Is that even possible?

Boone: We’ve talked about certain things like blatant racism. We don’t want to have anything like that in the game. Sexism — I know this might sound strange given some of the things we do in our game, but we try to be very fair. You can play a man. You can play a woman. We try not to put things in situations where you might feel too uncomfortable. Those are kind of the only areas where we look and say, “No, don’t want to go there.”

The threshold is pretty high as far as something that wouldn’t make it in. We gave the team a week. We called it Awesome Week. We told everyone, “Do whatever you want to do this week. Preferably something that’s not even in the game right now. Come up with crazy ideas.” We had people come up saying, “What if we do a dragon you can hop on and fly around and it breathes fire.” In a week, they were able to prototype it. It was very crude, but functional. You won’t see it in Saints Row IV — it was strictly just an issue of time. But we were convinced. “We’ll find a way to make that dragon make sense in this game.”