Everyone is talking about Animal Crossing these days, but it’s important to note which Animal Crossing they’re talking about. New Horizons has become a massive hit for Switch since its release on March 20. Meanwhile, I’ll forgive you for forgetting that a mobile take on the franchise came out just a few years ago. But thanks to New Horizons, it just had its best month ever, according to market analyst Sensor Tower.

Animal Crossing: Pocket Camp released for Android and iOS in 2017. It was Nintendo’s third major mobile game, following Super Mario Run and Fire Emblem: Fates. While Fates has proved to be a hit, Pocket Camp didn’t make as much of an impact.

New Horizons, however, is such a giant hit that it is having a residual effect on the mobile game. “In the seven days after the Switch title was released, Animal Crossing: Pocket Camp downloads increased about 229% week-over-week to 1.9 million, while player spending rose 106% to $1.7 million,” Sensor Tower notes. You can peek at the graph below to see just how drastic the spike looks. 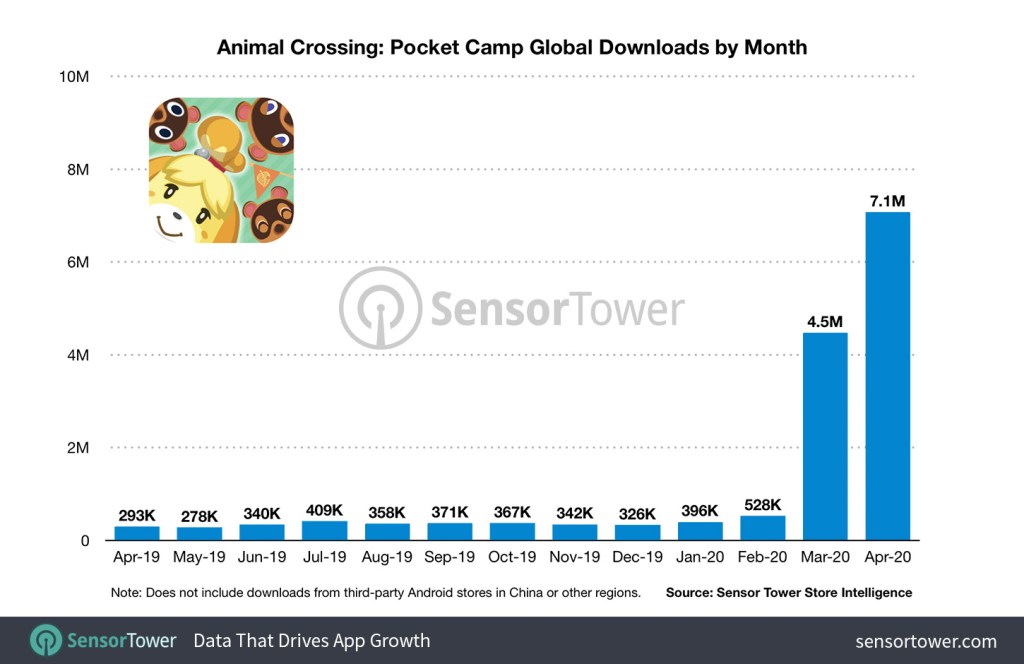 The free-to-play Pocket Camp is performing best in its home country of Japan, which accounts for a whopping 74% of its revenue. The U.S. is next at 19%.

This shows why Nintendo wanted to get into mobile gaming in the first place. Diversifying its franchises means that cross-pollination like this is possible. And now Nintendo is getting ready to expand its brands outside of gaming, with projects like the upcoming Super Mario animated film and the Universal Super Nintendo World theme park lands.