Clash of Clans earned $727 million in 2019, according to estimates from market analyst Sensor Tower. That is a 27% increase from its 2018 revenues. It’s also the first time Clash of Clans has seen year-to-year growth since 2015.

Clash of Clans launched for iOS back in 2012. An Android version followed in 2013. It has become one of the most successful mobile games ever, and it’s a mainstay a mobile market that research firm Newzoo predicted at $68.5 billion in 2019.

Sensor Tower attributes the growth to Clash of Clans introduction of a battle pass in April. The $5 Gold Pass increased player spending to $66.6 million in April. That’s up a whopping 73% from April 2018. 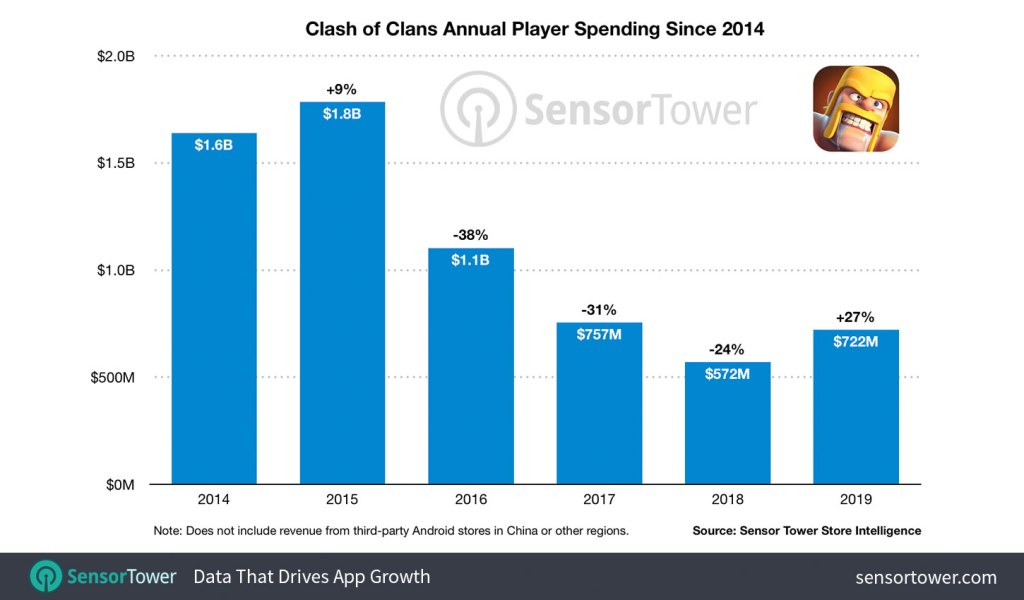 Above: Clash of Clans annual player spending since 2014.

Battle passes became popular in 2018 thanks to battle royale hits like Fortnite. They have proved to be an effective microtransaction tool, especially following the backlash against loot boxes.