Dragalia Lost, Nintendo’s only mobile game that isn’t built on existing franchises like Mario or Fire Emblem, has made $106 million in its first year, according to market analyst Sensor Tower.

Dragalia Lost came out on September 27, 2018. The free-to-play role-playing game has been most popular Japan, which accounts for $60 million of the total. The U.S. is next with $23 million. Hong Kong follows at $12.5 million. The game is not available in China.

Compared to other Nintendo mobile game’s, Dragalia Lost’s $106 million total puts it only a bit behind Animal Crossing: Pocket Camp‘s, which has earned $111 million. Both games are far behind Nintendo’s best mobile performer, Fire Emblem: Heroes, which has made $618 million. 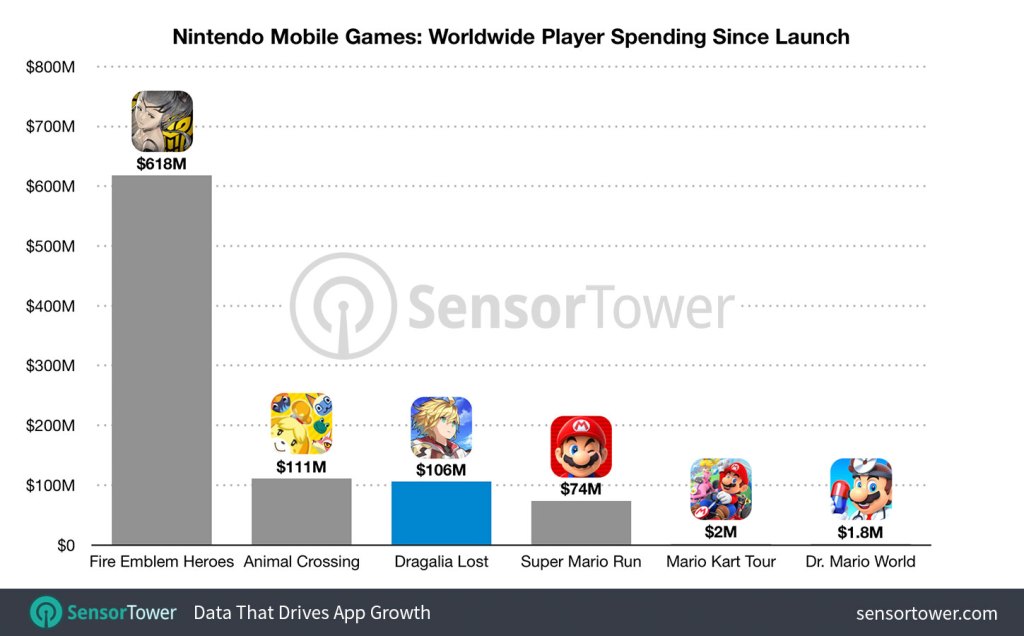 Both Mario Kart Tour and Dr. Mario World are recent releases from this year. Super Mario Run is the only title on the list that is not a free-to-play game.

Most of Dragalia Lost’s revenue has come from iOS, accounting for $62 million. Android users spent $44 million. The game is dropping in popularity, with Sensor Tower noting that August 2019 was its lowest grossing month yet with just over $3 million earned, compared to the $25 million it made back in October 2018 after launch.