Dragalia Lost has made $28 million since its debut a month ago, according to mobile research firm Sensor Tower. Nintendo’s free-to-play role-playing game released for Android and iOS on September 7, and its average Japanese player has spent $25 on the app.

About $23.5 million of that $28 million came from the U.S. and Japan. That puts it slightly above the $20.3 million Super Mario Run made in those two countries in its first month, but it trails Fire Emblem: Heroes‘ $48.2 million. It is much better than the first month for Nintendo’s last mobile game, Animal Crossing: Pocket Camp, which made $13 million after its November 2017 launch. 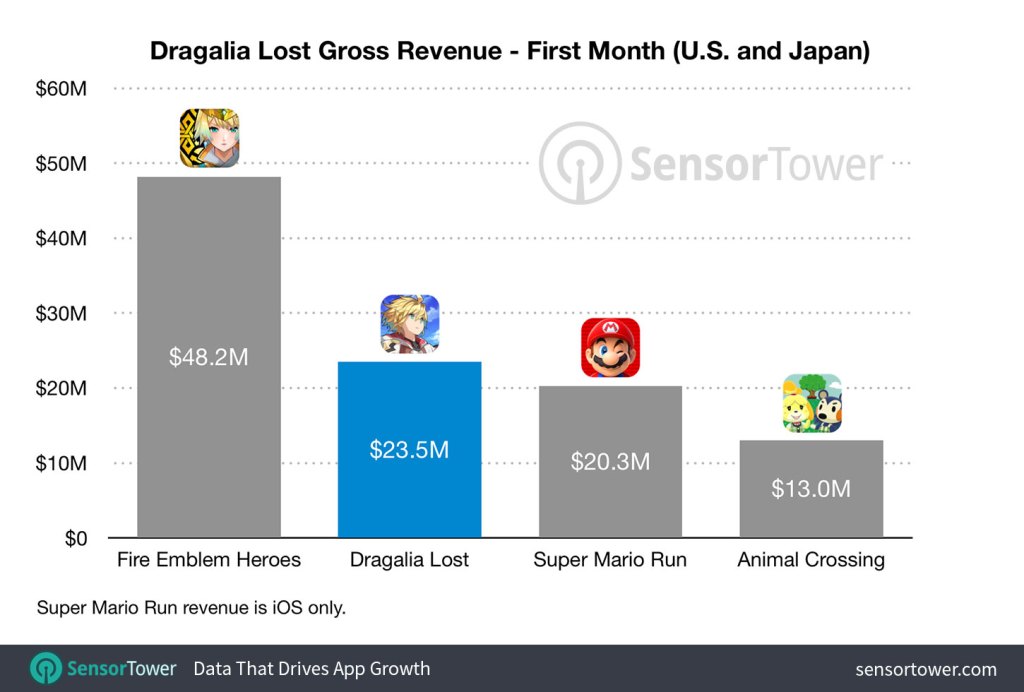 Of that $28 million that Dragalia Lost earned, 67 percent of that revenue came from Japan. In that country, players are spending an average of $25 in the game. In the U.S., that number is at $8.50.

So Dragalia Lost is not as popular as Fire Emblem: Heroes, but it’s making up for that a bit by having its players spend more money, especially in Japan.